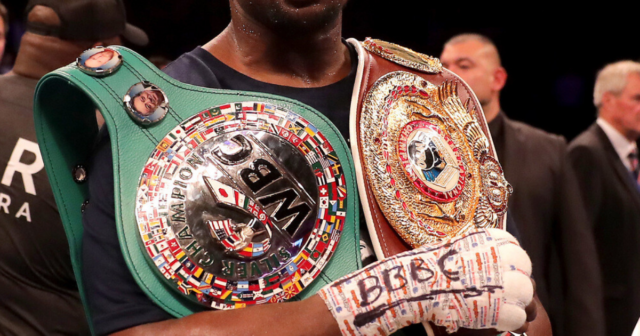 DILLIAN WHYTE has warned British fight fans not to believe Tyson Fury’s ‘bull****’ promise to finally give him his WBC world title shot.

The Gypsy King, 33, is preparing for his October 9 trilogy showdown with Deontay Wilder.

But Fury also claimed he had a three-man hit-list that included a December clash at the Principality Stadium in Cardiff with Whyte, an Anthony Joshua double and a swansong against Derek Chisora.

But Whyte, 33, reckons it is just a desperate ploy to drum up interest and help sell Fury’s Las Vegas fight with Wilder — which comes a fortnight after Joshua’s pay-per-view clash with Oleksandr Usyk a week on Saturday.

Whyte told SunSport: “For God’s sake, don’t get carried away listening to a single thing that conman says.

“His best attribute as a boxer is just getting the public to believe any of his bull****.

“I am the easiest boxer in the world to make a fight with. You call me or my people, offer us the venue, date and purse and we say yes or no. But Fury and his team talk rubbish.

“They have no interest in ever fighting me, he has been mandated to fight me twice and ducked out of it — the same as he did with the Wladimir Klitschko rematch he swerved. 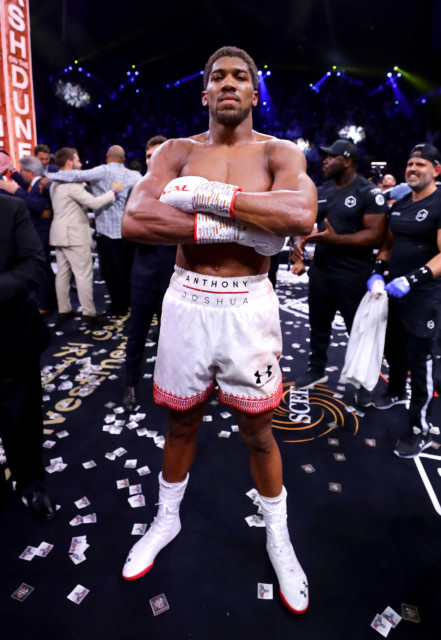 “No one wants to see this third Wilder fight.

“They’ve had nearly two years to build the fight — and still no one is interested. They can’t even give the tickets away.

“Personally, I can’t see the fight even happening on October 9.

“There’s only three weeks to go and he’s still in the UK going through the motions — his American trainer Sugar Hill has only just arrived.

“He’s play acting that the fight is happening. It’s a joke.

“As I’ve said before, the WBC need to put him into recess and let me take care of business.

“The heavyweight title has only been contested five times in four years, against three opponents. It’s a disgrace.”

Fury is only taking the bout because a US judge forced him to — after he claimed the rematch clause had expired.

The undefeated 6ft 9in ace and his team convinced AJ and his backers they were free for an undisputed summer blockbuster in Saudi Arabia, only for all the dreams and plans to be dashed at the 11th hour.

Whyte has vowed to never be taken for a mug by fast-talking Fury.

He added: “AJ has just wasted about a year of his career planning for Fury, training to fight a 6ft 9in orthodox stick-and-mover and now he’s suddenly stuck fighting a 6ft 3in southpaw, Fury f***** him over.

“AJ has been mugged off  but that is what Fury tries to do to everybody.

“That’s what they want me to do, rip up all my plans, trust his talk, spend thousands of pounds on a training camp focused on fighting him — and then he will try to f*** me over too.

“It ain’t happening, let him rip off some other sucker. Fury just wants to fight bums and when he gets told to take a proper fight he isn’t guaranteed to win, then he pulls out.

“But nobody should buy his fight thinking it’s a warm-up fight for him to take me on next — because he is talking s*** as usual.” 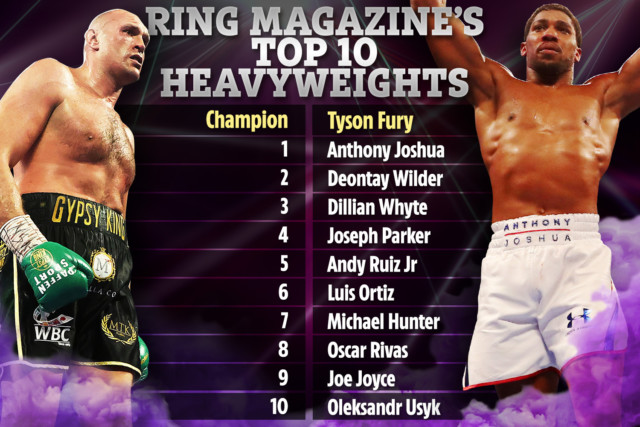 Before the heavyweight rivalry turned bitter, Whyte helped Fury as a sparring partner in the Gypsy King’s training camps in 2012 and 2013  — and insists he floored him numerous times.

Whyte fumed:  “He said I’m chinless but if ever fights me he’ll be headless.

“He is a professional coward, who always plays the victim card, spouting endless excuses.”

Watch VOW Nutrition athlete Dillian Whyte fight on October 30 at The O2 or on DAZN.