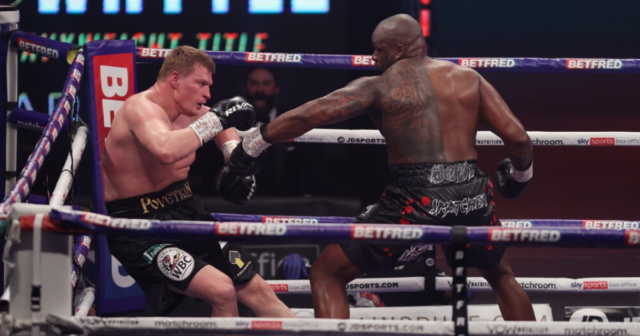 DILLIAN WHYTE returns to the ring on Halloween weekend in a corker of a clash with former Tyson Fury foe Otto Wallin.

Whyte bounced back from his KO loss to Alexander Povetkin last year by beating the Russian an emphatic fashion earlier this year in Gibraltar.

Dillian Whyte beat Alexander Povetkin by KO back in March

Wallin won a decision over ex-Anthony Joshua and Deontay Wilder opponent Dominic Breazeale back in February.

But the Swede is best known for giving Fury one of the toughest fights of his career and opening up a huge cut over his right eye two years ago.

Whyte has angled for a fight with Fury himself for some time, with the winner of this fight likely to be called as the mandatory for the winer of Fury vs Deontay Wilder 3.

When is Dillian Whyte vs Otto Wallin?

“He’s kind of a brawler but he can box a little bit too,” revealed Wallin has said.

“He’s got a good left hook and he’s a good body puncher so those are things I’ve got to be aware of.

“I think that in the long run it takes a toll to have hard fights like that. He’s been knocked out twice and he’s taken a lot of punishment and he’s been hurt in different fights.”

Whyte’s promoter Eddie Hearn said: “As long as Dillian beats Otto Wallin, then Whyte is mandatory for the winner of that fight immediately.

“There is no reason not to do it. Dillian, who 100 per cent would have wanted AJ to win, because he’s not like that.

“He now sits there as probably a cast-iron mandatory challenger to the winner of Wilder-Fury.”

Who is Otto Wallin?

Wallin burst onto the scene when he fought Tyson Fury in September 2019.

The Swede was supposed to be an easy touch for Fury, who was preparing for his rematch with Deontay Wilder.

But their fight turned into a nightmare for Fury, who was cut open by one of Wallin’s left hooks in the fourth round.

The cut required extensive attention throughout the fight and 47 stitches after the bout was finished. 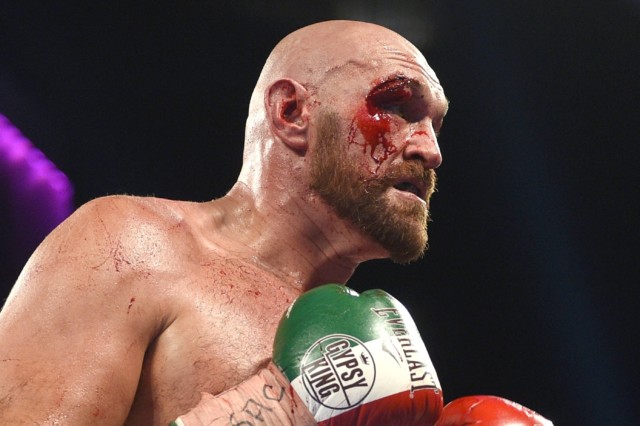 It also became a possibility that the fight could’ve been stopped due to the cut’s severity, making it a TKO victory for Wallin.

But Fury hung on and secured a tight win on the judges’ scorecards.

Since then, Wallin has bounced back with two wins, one of which came against Breazeale in February of this year.