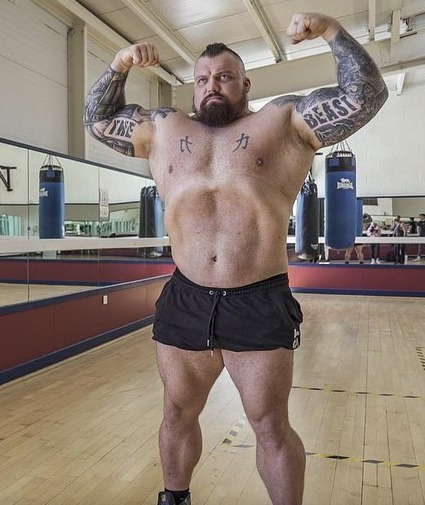 STRONGMAN Eddie ‘The Beast’ Hall has called out Jake Paul for a boxing fight.

The 2017 World’s Strongest Man is set to box fellow giant Hafthor Bjornsson, who played Thor in Game Of Thrones, later this year.

But once that grudge match is settled, Hall is not averse to meeting YouTuber-come-pro boxer Paul in the squared circle.

Speaking on his own YouTube channel, Hall said: “I would [fight Jake Paul] actually.

“But he came out of the woodwork, he’s obviously trained very hard and he’s smashed his first victims in the ring, and he’s lined up a few more.

“Massive size difference, but there is between me and Thor, and Mike Tyson is living proof that size doesn’t really matter in the ring.

“It’s about what you do in there, how fast you are, how powerful and agile you are. That’s what matters.

“I would probably want five minimum, £5million. So yeah, I’d fight Jake Paul for £5m. So Jake Paul bro, let’s get it on after Thor, eh?” 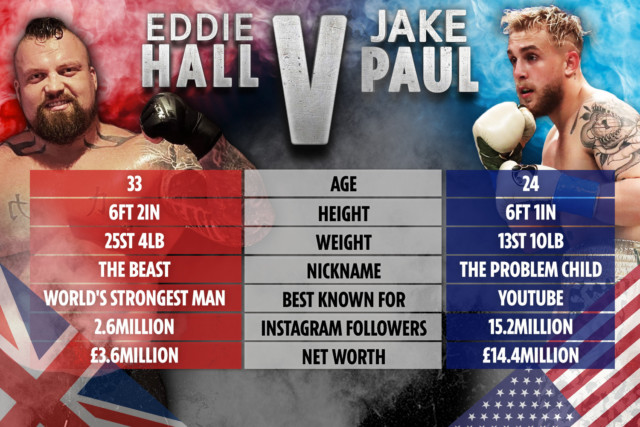 But Hall might have to join the queue to fight the social media sensation.

Paul, who has knocked out all three of his opponents since turning pro, has called out fighters from all sports.

Boxer Tommy Fury as well as UFC stars Conor McGregor, Daniel Cormier, Kamaru Usman, Colby Covington and Dillon Danis have all been the subject of his ambition recently.