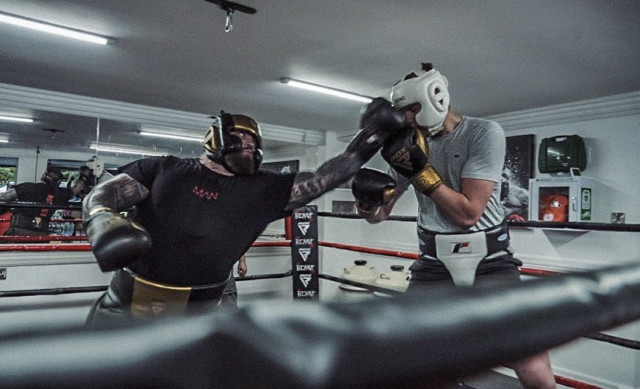 EDDIE HALL has sparked a war-of-words with Hafthor Bjornsson ahead of their heavyweight boxing fight.

Both fighters have undergone drastic body transformations for the upcoming bout, with Hall revealing he cut down to 25st 5lb.

And the 33-year-old, fighting out of Staffordshire, has fired yet another warning shot towards his fellow powerlifter.

Hall uploaded a snap onto Instagram throwing a left jab with his huge arms during a training session.

Alongside it, he wrote: “Keeping my head down as training ramps up.

“Four months until we see Thor’s face down on the floor.”

It comes after Hall sent another chilling warning of his brutal power during a sparring session with unbeaten British star Lawrence Okolie.

Hall was tasked with launching shots at Okolie who was wearing a body pad.

But after being rocked on his feet by a brutal punch, Okolie was forced to switch to a thicker pad. 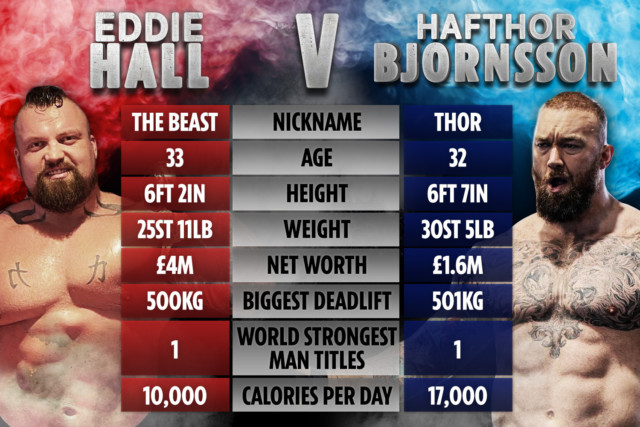 Commenting during the session, Okolie remarked: “Without a body bag, you’d really be feeling these shots. Those are ones you don’t take, you run.”

He then joked to Hall: “You know I’m not actually Thor.”

Hall earlier this month called out YouTuber Jake Paul over a potential bout, despite there being an 11 stone weight difference between the pair.