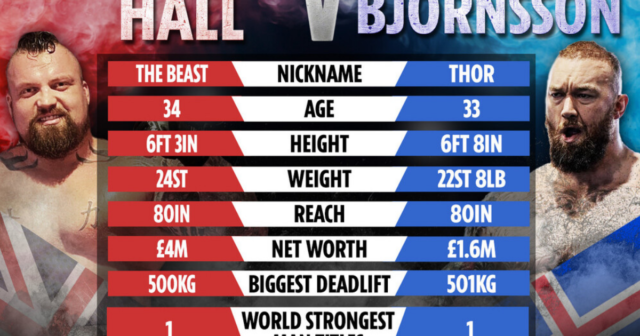 EDDIE HALL and Hafthor ‘Thor’ Bjornsson will FINALLY do battle in the boxing ring.

The strongmen rivals will settle a long-term grudge in their rescheduled heavyweight boxing clash in Dubai THIS WEEKEND.

How the fighters compare for the huge fight

The bout was originally set to take place last September, before Hall had to pull out with a bicep injury.

Thor has been busy with exhibition boxing bouts for his preparation, while Brit Hall has instead trained with current world champions.

And Hall has said he believes Thor has lost TOO much weight, with the Game of Thones actor showing a far more defined body now as he prepares for the fight. 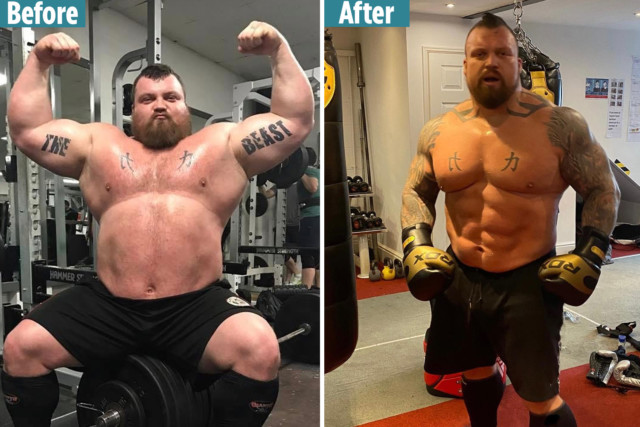 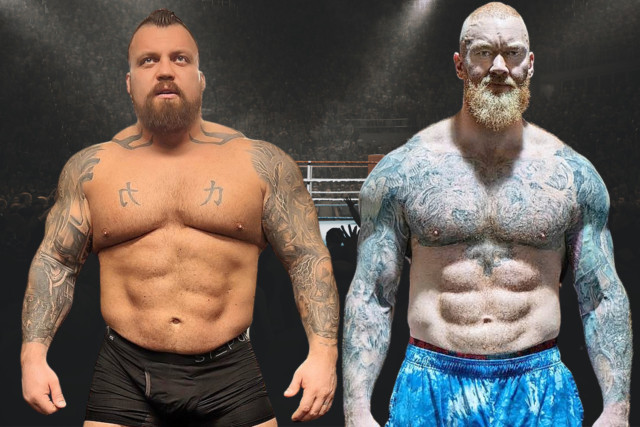 Both Hall and Thor have had dramatic body transformations

“I’ve wanted an excuse to punch this man in the face for a long time. Where I’m from, if someone burns you, you bite their nose off.”

Eddie Hall vs Thor will take place on Saturday, March 19.

The big fight is expected to get underway at 9pm GMT – this is 1am in Dubai.

Eddie Hall vs Thor: How to watch for FREE?

Eddie Hall vs Thor will be available to watch for FREE with SEGI.TV holding the rights.

Simply view on SEGI.TV and watch on fight night.

The free live stream is set to kick off at 8.30pm GMT.

And there is no registration or sign up needed to watch on SEGI.TV.

What are the fight rules

The big fight will take place across six, 2min rounds.

Both fighters will be wearing bigger 12oz gloves, as apposed to the usual 10oz gloves for heavyweights.

There will be judges at ringside, and knockouts ARE permitted.