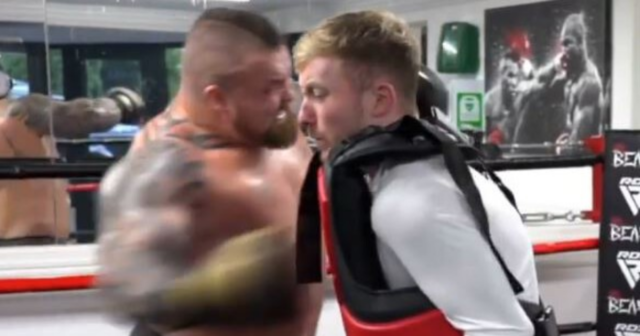 EDDIE HALL decked Nile Wilson after the YouTuber volunteered to take a punch from the former World’s Strongest Man.

Hall is preparing to make his boxing debut later this year against strongman rival Hafthor Bjornsson. 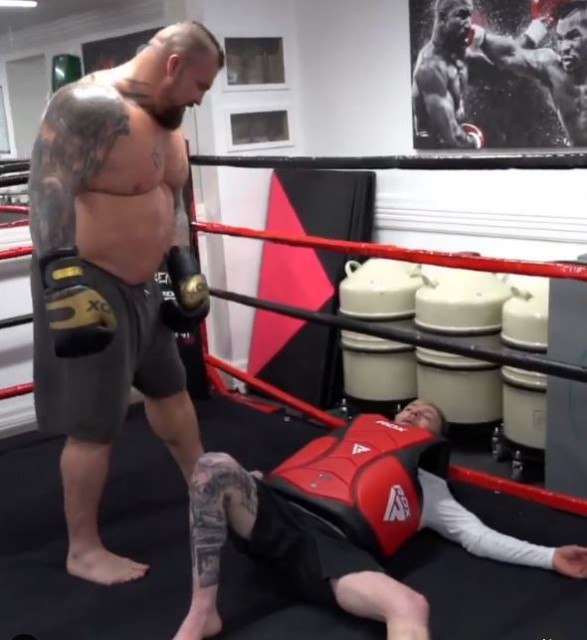 And Wilson – a retired Olympic gymnast – was on hand to feel the full force of the Brit’s power.

Wilson attempted a punch of his own but it has no affect whatsoever on the super-heavyweight.

Hall, 34, said: “The thing is, mate, I train – with my training, I’ll hang on a bar and my training partner will smash me in the gut.

“Obviously, as you can see, I’ve also got a massive wall of thick muscle there.”

Later on, Hall lands a single jab to Wilson, who is wearing a body belt – but it still sent him flying.

Hall then joked: “I think I might have actually knocked him out…”

Hall and ‘Thor’ Bjornsson are squaring off against each other in Dubai on March 19, billed the ‘heaviest boxing match in history’.

Bjornsson, 33, boxed in a three-round exhibition bout in Dubai against Irish cruiserweight Steven Ward to prepare for the grudge match.

Both giants have dramatically transformed their bodies as they swap weight lifting for tireless punching. 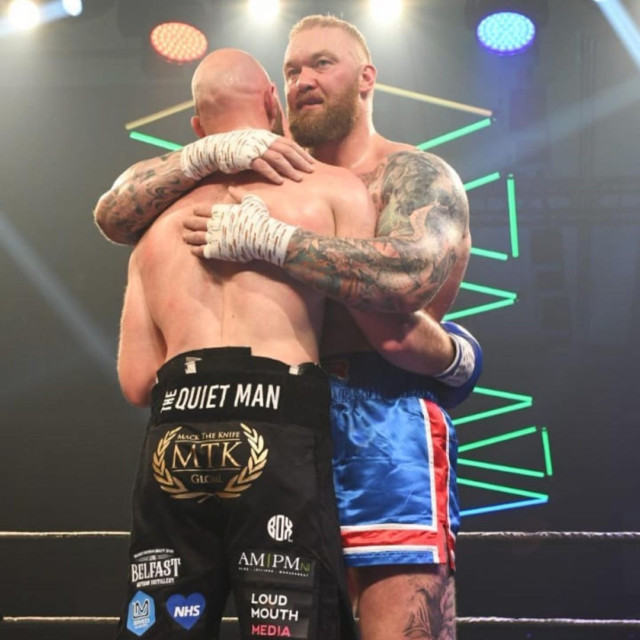 Hafthor Bjornsson recently boxed in a exhibition bout in Dubai against Irish cruiserweight Steven Ward
Did you miss our previous article…
https://www.sportingexcitement.com/boxing/tyson-fury-may-stick-around-to-face-anthony-joshua-oleksandr-usyk-or-ufcs-francis-ngannou-despite-retirement-claim/
In this article:eddiehall, hafthorbjornsson, laterthisyear