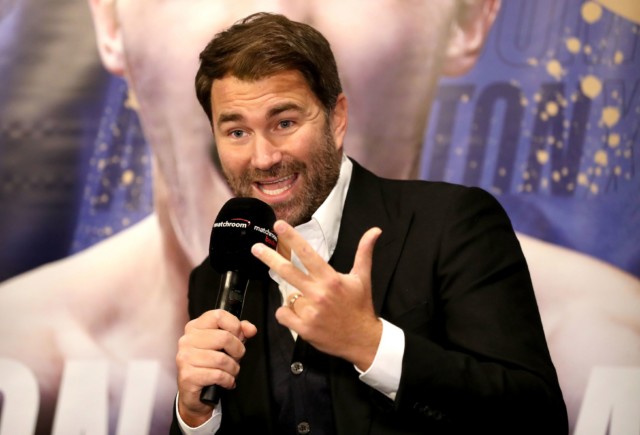 EDDIE HEARN believes the Anthony Joshua vs Tyson Fury fight is not under threat following a Panorama investigation into one of the sport’s biggest powerhouses.

MTK Global, the management firm behind world champions like Fury and Billy Joe Saunders, had its origins and huge fortune examined by the BBC show on Monday night.

Daniel Kinahan, who co-founded the original version of the company then known as MGM, has no criminal record but has been named in the Irish high court as the head of a global cartel.

The Dubai-based Irishman parted with MTK in 2017 but has remained an advisor to a host of fighters who proudly sing his praises.

But when Fury revealed in June that Kinahan had agreed the financial terms for the two-fight AJ rivalry with Hearn, on his behalf, the backlash in the Irish media forced Fury’s Top Rank promoters to claim Kinahan had ended abruptly his interest in boxing.

The revelations in ‘Boxing and the Mob’ have now cast doubt over that statement and more investigations are expected to follow – although there is no suggestion of any criminality associated with the promoters.

When asked if the fallout from the show could jeopardise this summer’s plans for the biggest fight in British history to take place in Saudi Arabia, Hearn said: “No. No impact.

“The fight is much bigger. It’s so big it will be the only thing discussed in my opinion amongst the fans.

“Whether that’s the same for the media I don’t know. But no impact on the fight at all.

“Right now, the emails and phone calls are with Bob Arum (Fury’s US promoter) and Top Rank and Tyson Fury’s Team. He’s within his rights to appoint whoever he wants”.

Kinahan, pictured, was the subject of a Panorama investigation aired on Monday night 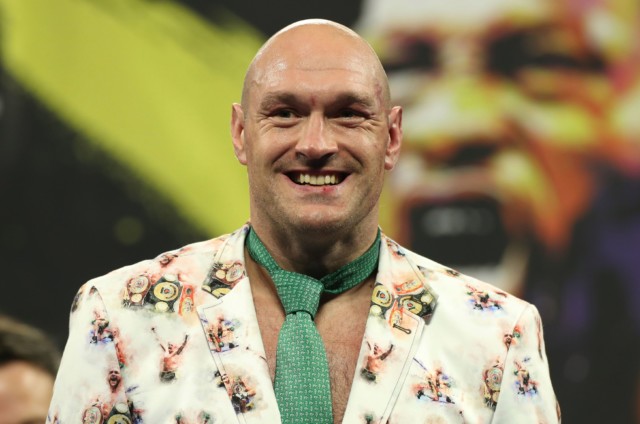 Tyson Fury has worked with Kinahan in the past

Hearn and his Sky Sports backers work regularly with MTK, as does rival Frank Warren.

Both promoters were mentioned in the episode but Matchroom boss Hearn has felt no hangover and insists it’s business as usual.

When asked if his world had changed, he said: “No. My world hasn’t.

“That news broke to the boxing world quite a long time ago.

“I think it reached a bigger audience than the normal for boxing. For me, business as usual.

“We are so focused on the schedule and making the fights. From February 13 we have a show every week until the last one we are planning which is May 8”.

When Hearn was asked if any of his partners or sponsors had expressed alarm at the allegations, he said: “No”.