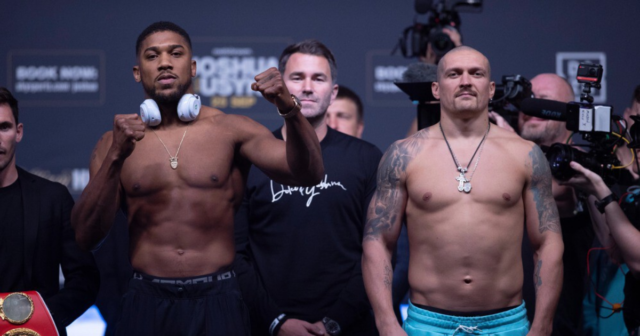 EDDIE HEARN has confirmed Anthony Joshua has been offered a step aside fee for Tyson Fury to fight Oleksandr Usyk.

But the promoter insisted no agreement has been made to allow Usyk out of his contracted rematch to instead unify the heavyweight belts with Fury.

Hearn told DAZN Boxing: “There has been an offer, there have been several discussions with myself.

Joshua, 32, lost to Usyk, 34, in September but his contract included the right to an immediate rematch.

That was exercised but shortly after, talks took place for the Ukrainian to fight Fury, 33, in the Middle East for the undisputed crown.

For the unification to get the green light, AJ and Fury’s WBC mandatory challenger Dillian Whyte, 33, would need to be paid to sit out.

And Hearn admitted more than just financials would need to be guaranteed, such as fighting the winner between Fury and Usyk.

He said: “There’s definitely no deal done for him to step aside. There are conversations, and I’ll have those conversations with him.

“In his mind, he wants to rematch Oleksandr Usyk, and until the time comes that a long-form contract comes to us, and makes sense.

“This is much deeper than a step-aside fee. The money is something that needs to be negotiated. This is the plan.

“All he wants to do is win the heavyweight title back. Right now he has a cast iron opportunity to do that, a rematch with Oleksandr Usyk.

“Any other plan has to be solid, not hopefully you get the winner.

“He’s not out there looking for another plan, looking for a step aside. He will always call the shots. He’s made it clear what that shot looks like.”

Hearn insisted AJ has his eyes only on Usyk and avenging the loss, but admits they must keep an open mind to any other alternatives.

And that could include taking a fee to step aside and organising an interim fight in the meantime, potentially with a new coach.

Hearn explained: “Anthony has never ducked anyone, he won’t want to let one person think he’s ducking that challenge.

“Sometimes you have to think with your head. There is a smart play here somewhere, but Anthony is not about the money.

“If the plan makes sense from a development point of view, working with a new trainer, maybe having a fight first.

“He’s about legacy. All he’s thinking about is Oleksandr Usyk.”

A report by The Telegraph claimed Joshua was open to accepting a £15m step aside fee – only for the man himself to confirm no such deal was accepted.

“There’s been a lot of speculation in newspapers that a deal’s done. I think that sometimes that gets his back up a little bit. 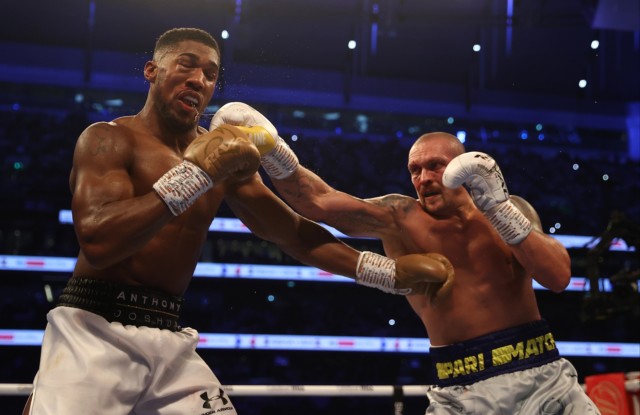 Anthony Joshua was beaten by Oleksandr Usyk in September
In this article:anthonyjoshua, eddiehearn, hasbeen