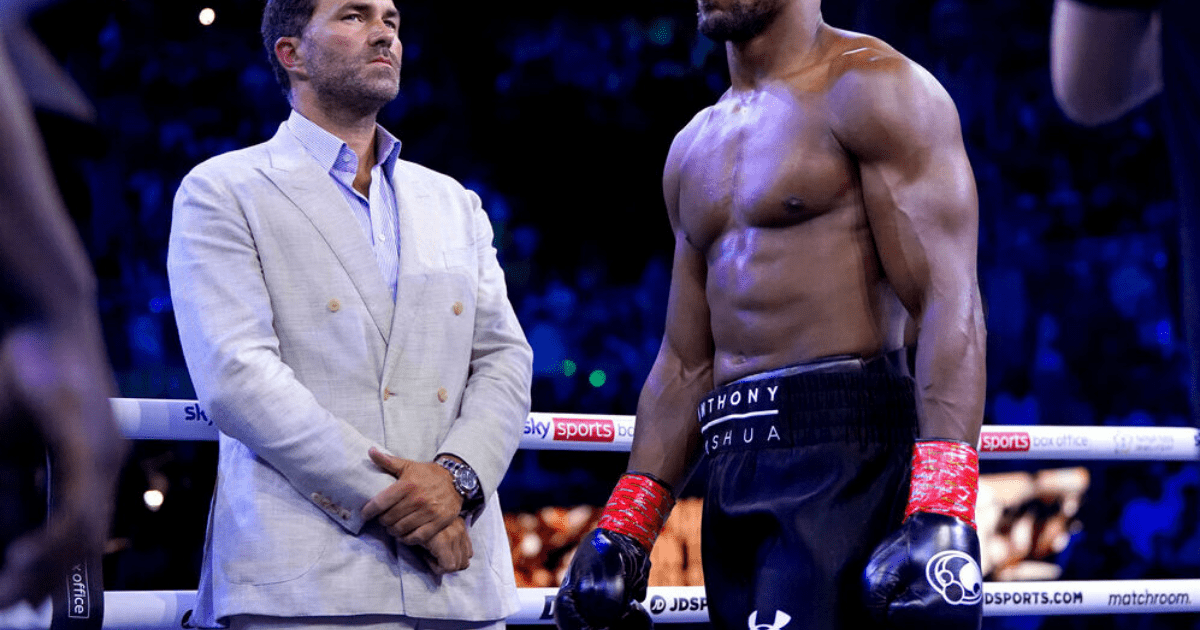 AJ has had a contract to challenge for Fury’s WBC title on December 3 at Cardiff since last Friday.

But his promoter Hearn revealed some parts of the deal where “all over the place” leading to revisions and further negotiations.

Fury, 34, has been getting itchy knuckles which comes as Lebanese-born German Charr, 37, claims to be fighting the Gypsy King instead of AJ.

Hearn is now left with the “gut feeling” that Joshua, 32, will miss out on the Battle of Britain bout as a result.

He told iFL TV: “I think Tyson Fury’s fighting Manuel Charr, in all honesty. Like the more I think about it, the more I see stuff.

“We’ve all agreed to work hard on the contracts. Listen, we got the contract last Friday or Saturday and it was all over the place.

“Since then we’ve had talks as recently as yesterday getting it in the right place and just by his message, I dunno.

“I think they want us to run out of time a little bit and we’re not just going to sign a contract that isn’t in its correct format.”

Hearn added that the financial split – of 64/40 in Fury’s favour – is agreed but broadcasters are yet to come together.

A deal to share a joint pay-per-view between BT Sport and streaming service would need to be brokered.

Hearn has been leading talks with Frank Warren’s son George and revealed they have been on the right track.

He said: “We’re still moving forward hoping that fight gets done. Ourselves and Queensberry, it’s been good.

“We got a contract that we didn’t believe was in the right spirit of the deal and they almost accepted that and made changes.

“So, we’re moving in the right direction.”

Joshua was offered a shock fight with Fury despite twice losing to Oleksandr Usyk, 35, on the bounce.

But the Ukrainian ruled himself out of a unification until next year to rest and recover with loved ones having returned back to his war-torn home.

Fury hit out at the Usyk and Joshua labelling them a “pair of s***house sausages” for refusing to fight him.

And it left Hearn saying: “My gut feeling is Tyson Fury is getting ready to fight Manuel Charr… but I hope I’m wrong.”

Tyson Fury and Anthony Joshua are still in talks to fight 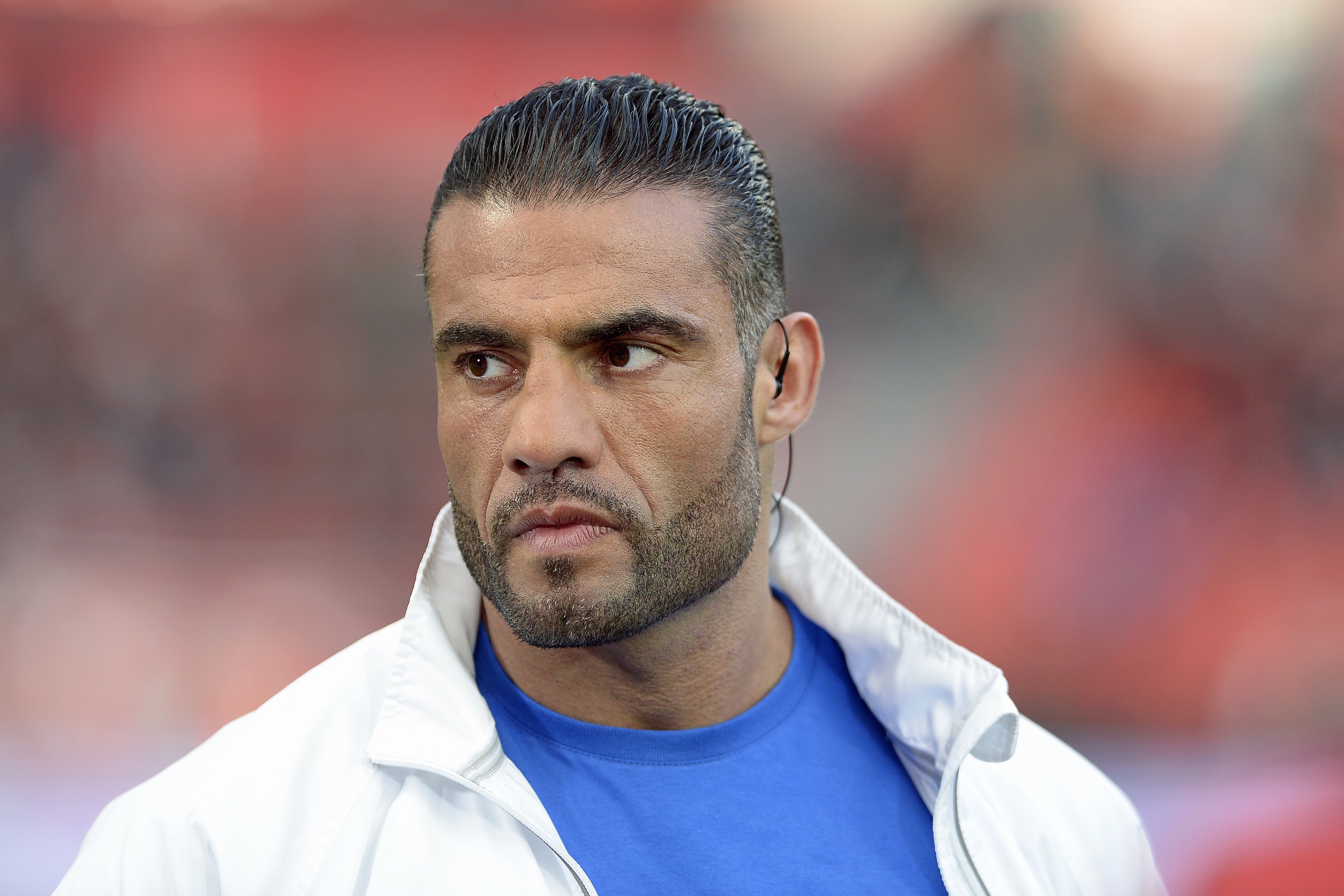 Manuel Charr claims to be fighting Tyson Fury on December 3

It is important to observe good boxers fighting in order to improve your boxing technique. Watch how they move, how they throw punches, and how they defend themselves. You can then try to imitate them.

Next, you’ll have to spar against another opponent boxer. This is where you’ll see whether you’ve improved your boxing technique. It’s important to observe how fast you can punch, the strength of your punches and how well you block any incoming punches while sparring.

Finally, practice your skills by performing drills. You can improve your boxing skills with practice, so be patient.

Boxing is a sport in which two people fight to knock one another out. They do this by hitting each other in the head and face. The objective of boxing involves hitting your opponent as hard, but not causing any injury. For this to happen, both boxers have to be able and willing to throw punches at a high rate of speed. They must also be able to coordinate their hand-eye movements.

These seven punches are: jab cross, hook hook, uppercut straight right, left hook and body shot. These punches will be used to attack the opponent’s head, body and legs.

Boxing is one the most well-known sports in the world. It is a fight between two opponents. There are different rules for boxing, and they vary from one country to the next. There are three types generally of boxing: Amateur (Professional) and Olympic (Olympic).

Amateur boxing usually takes place at school, college and university. This type of boxing includes sparring sessions with padded gloves and without any protection. Amateur boxing competitions typically last for three rounds, each lasting five minutes. There are many styles of amateur boxing such as Kickboxing or Muay Thai, Taekwondo and Karate, Judo and Wrestling, among others.

There are seven types: Left Hook (right hook), Right Hook (uppercut), Cross (cross), Straight, Overhand, Underhand. Each punch has its own technique. Some punches require more force than others. For example, an uppercut requires great force. A straight punch on the other side requires less power, but is more effective than other punches.

There are also different combinations. These are combinations of punches which work together to achieve a goal. An entire combination could have several parts. A left hook followed with a right-cross will cause injury to the opponent’s jaw.

Boxers should use their legs to defend against kicks. When he receives a kick, he raises his leg and moves away from the attacker. To avoid being kicked on the sides, he bends at his knees when the attacker strikes from the front. But if the attack comes in the back, he will stand straight and block the kick using his foot.

Because they cause great pain, elbow strikes are extremely effective. An elbow strike may be delivered directly or in an indirect manner. Directly, you strike your opponent with your forearm. Indirectly, you hit him with another portion of your arm.

Boxers use the power of their hands to block any incoming blows. To do so, they raise their fists above their head and move them towards the direction of the attack. Then, they touch the attacker’s hand.

If he is being attacked, a boxer must take a step back and counter-attack. This will allow him to gain distance from his opponent. Additionally, boxers need to maintain their balance when they counter-attack.

A boxer must have a stance in order to be effective at boxing. The way he defends himself will be determined by his stance. It determines where he will face his opponent and how he will position his body. Boxers have many options for stances. Here are the most commonly used ones:

Sparring is a training session that improves boxing skills. A sparring session is where a boxer trains both his mind and his body. Sparring is a way to learn how to fight without getting hurt.