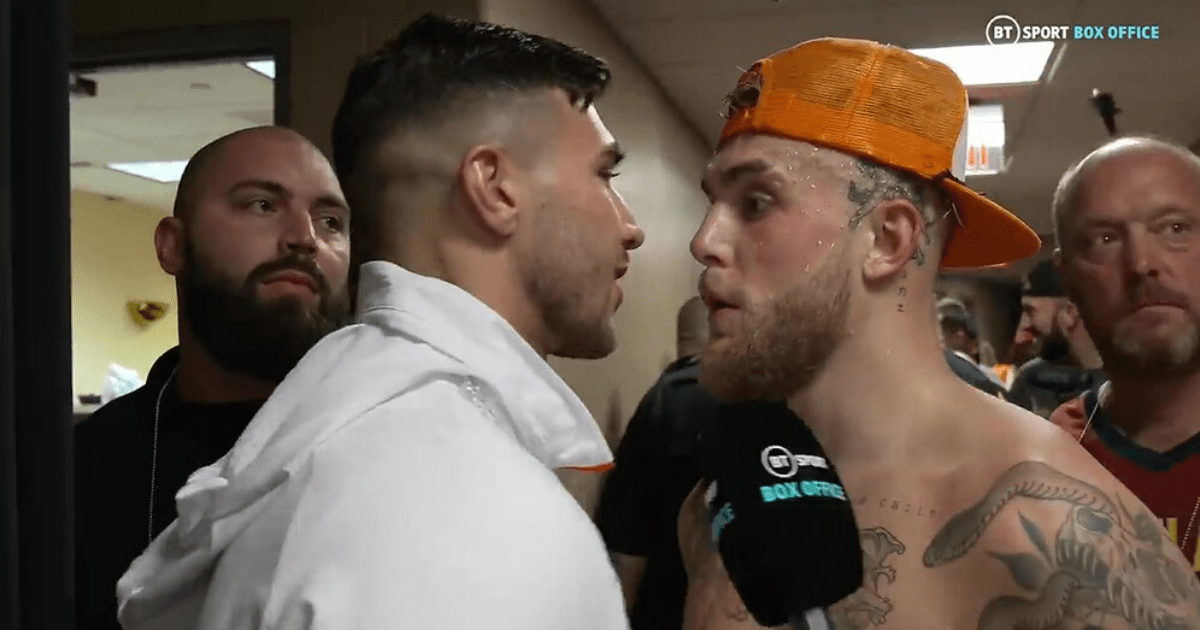 EDDIE HEARN has weighed in on Jake Paul’s imminent fight with Tommy Fury and revealed who he “frighteningly” makes a “big favourite.”

The celebrity boxing rivals are set to announce the latest rescheduling of their grudge match, slated for February 25 in Saudi Arabia.

Eddie Hearn at the OVO Arena Wembley in October

And despite their rocky relationship, Hearn has backed Paul to win, even though he is the more inexperienced fighter on paper.

“Talk about levels, a good fight for an undercard. It just so happens Jake Paul is a huge name and built a great profile.

“And Tommy Fury is a big name as well so they can do a main-event and make a load of money. And I think it’s quite an interesting fight.”

The two are now trying to settle their score in the ring for the THIRD time.

Fury, 23, was forced to pull out in December 2021 due to a rib injury and then last August amid a US visa issue.

The travel woe still persists today, which left the UK and Middle East as frontrunners to host the bitter bout.

Paul, 26, even offered to travel to Manchester on February 18 and fight Fury in enemy territory.

But a more lucrative deal in Saudi Arabia a week later was proposed and looks to have won the race.

Fury last boxed in Dubai in November in a last-minute exhibition against Rolly Lambert, 33.

And Paul was a special guest commentator and slammed the six-round bout from ringside.

It came a month after the American beat UFC legend Anderson Silva, 46, over eight rounds.

And with Fury facing largely only journeymen opposition – common for any prospect at the start – Hearn believes Paul is a greater threat.

He said: “Jake Paul – and this is quite worrying – is levels above any fighter Tommy Fury’s ever boxed.

“But I’ve watched some of Tommy, he hasn’t looked very good recently. But can he fight? I dunno.

“If he can fight and he’s actually a genuine prospect, he’ll beat Jake. If he’s not very good, he’ll get beat. But I like it. I quite like the fight.” 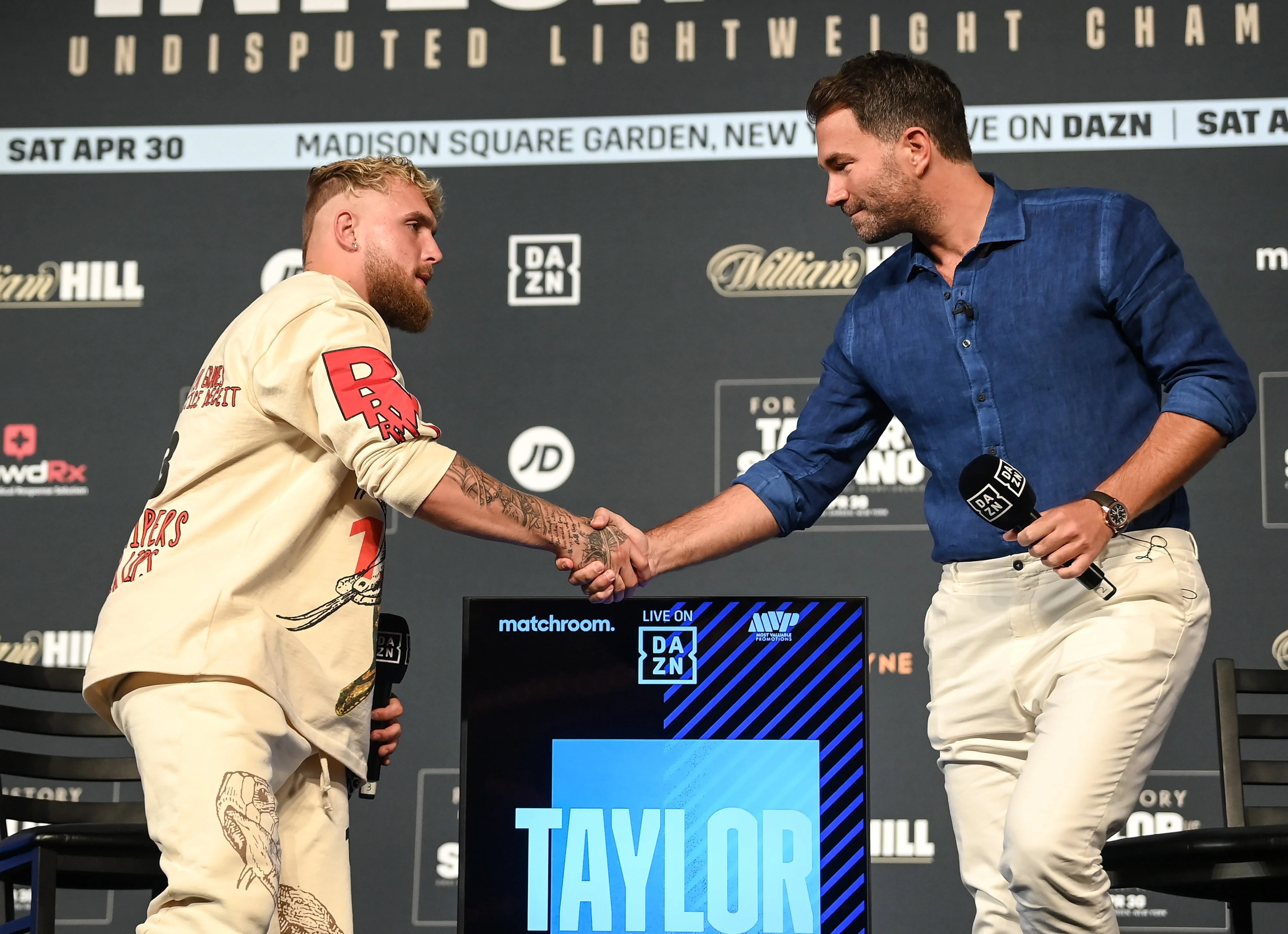 You can box if you want. Find a local boxing gym and sign up for a class. You will find most gyms offering free classes. However, if there isn’t one near you, you can always search Google for local boxes clubs.

Boxing is one of the oldest sports known to man. Boxing was initially developed by ancient warriors to defeat enemies. Boxing is still a popular sport all over the globe. You don’t even need to go to a gym to box. All you need is a pair of gloves, some punching bags, and a few friends to spar with.

Boxing has become a very popular sport. It is a fight between two opponents. Different countries have different rules. There are three types generally of boxing: Amateur (Professional) and Olympic (Olympic).

Amateur boxing usually takes place at school, college and university. This form of boxing involves sparring with no protection and using padded gloves. Amateur boxing competitions usually last three rounds and last five minutes each. There are many different styles of amateur boxing including Kickboxing, Muay Thai, Taekwondo, Karate, Judo, Wrestling and others.

Boxing is typically practiced in clubs, stadiums or gyms. They are protected by protective equipment like a mouthpiece, nose protector, shinguards, elbow pads and knee pads, waist belt, and groin protection. Professional boxing competitions consist of six rounds lasting four minutes each. There are many types of professional boxing. These include Boxing (MMA), Kickboxing (Mixed Martial Arts), Muay Thai and Taekwondo.

There are also various punching combinations. These are combinations that combine punches to accomplish a particular goal. One combination can have many parts. A combination may include multiple parts. For example, damage to the jaw of an opponent can be caused by a left hook and a right cross.

To defend against kicks, a boxer should use his legs. When he’s hit, he raises his right leg and runs away from the attacker. If the attacker is coming from the front, he will bend at the knees to avoid getting kicked on either side. He will block the kick with his foot if the attack is coming from behind.

Because elbow strikes inflict a lot of pain, they are very effective. An elbow strike can be delivered either directly or indirectly. Directly, you strike your opponent with your forearm. Indirectly, you hit him with another portion of your arm.

If he is being attacked, a boxer must take a step back and counter-attack. He can then gain distance from his opponent. In addition, when delivering a counter-attack, a boxer should keep his balance.

A boxer must have a stance in order to be effective at boxing. The way he defends himself will be determined by his stance. It is how he positions himself and where he faces the opponent. There are many positions that boxers can adopt. These are some of our most favorite:

Sparring is an exercise session to improve boxing skills. Sparring is a training session that helps a boxer train his mind and body. Sparring, in conclusion, is about learning how to fight and not getting hurt.

Advertisement. Scroll to continue reading.
In this article:eddiehearn, forjake, tommyfury