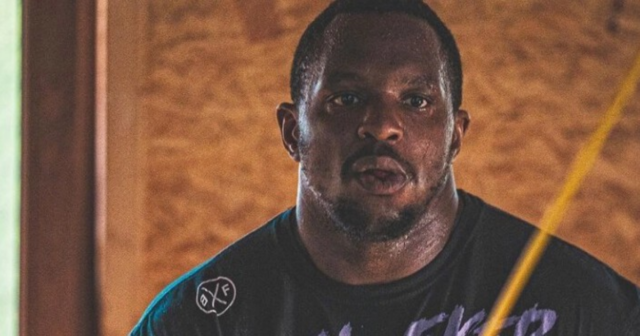 EDDIE HEARN has claimed Dillian Whyte ‘doesn’t believe’ Tyson Fury will fight him but has been ‘training non-stop’.

The British rivals were subject to a record-breaking purse bid which was won by Fury’s promoter Frank Warren following a £30.6million offer.

But without a date and venue, the fight has not been officially signed, meanwhile Whyte has remained silent since the announcement.

And Hearn revealed until pen is put to paper, the heavyweight challenger has to see it to believe it

He told iFL TV: “He doesn’t believe that Tyson Fury will fight him, being honest, he don’t believe anything that they say.

“I guess he’s thinking until I get a contract, until everyone signs, until I get the date and the money’s paid. I don’t believe it, but we’ll see.

“He’s ready, he’s been training non-stop and by the way, you don’t have to play to their tune you know. Tyson Fury, he wants interaction and he wants goading.

“He wants see a reaction, he wants to get himself fired up in camp. Maybe Dillian Whyte won’t say a thing until the fight, maybe we’ll fight maybe we won’t, you’ll find out on the night.

“You haven’t just got to play people’s tunes. Dillian’s never gonna play anyone’s tune. I think it’s quite funny, ‘Where are you Dillian?’, nowhere, we’re hiding.”

Warren has now paid the ten per cent deposit of his purse bid to the WBC, the governing bodies president Mauricio Sulaiman confirmed on Twitter.

Sulaiman also added: “Next step is site and date confirmation and then signed contracts by both fighters.”

Cardiff was seen as the frontrunner to host the fight in April, but the Principality Stadium is believed to be out of the running.

April 23 has been the rumoured fight date, but until that is decided, along with the host, neither fighter will sign on the dotted line. 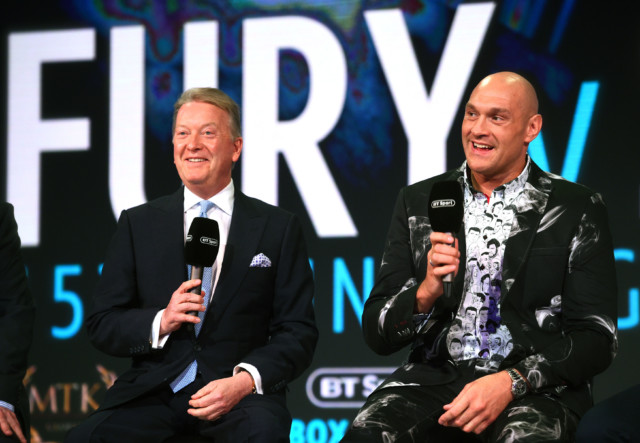