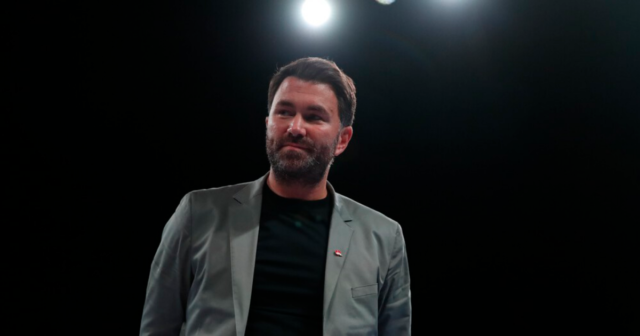 EDDIE HEARN revealed he was blamed by Teofimo Lopez’s dad for their shock defeat to George Kambosos Jr.

But disaster struck as Kambosos scored a heroic upset on points to snatch the WBA, IBF, WBO and WBC ‘Franchise’ belts from the American.

Promoter Hearn was then left accused by Lopez’s dad and trainer Teofimo Sr.

He told Boxing Social: “I feel for him, I know his dad seems to want to blame me for the fact that he lost.

“It sort of comes with the territory I guess, but he deserves a lot of credit because he showed a lot of heart as well.

“About a week ago it was the best thing he ever done coming to DAZN.

“All of a sudden he lost a decision that everybody thought he lost and it was my fault and DAZN’s fault.

“You can’t reason with someone like that. He called me a couple of times and he messaged me saying he can’t believe what I did.

“I said ‘listen, we treated you with unbelievable respect’. I love Teofimo, I love his dad, good people. But you have to move away from delusion.”

Hearn, who bid the second highest amount for the fight, only inherited the rights after social media platform Triller failed to find a date for it.

Lopez, 24, fighting in his home of New York, was later booed by his own fans as he interrupted Kambosos’ post-fight interview to insist that he won.

His dad then went one further to say it was a ‘robbery’, as ‘easy fight’ for his son and talked down a rematch, to instead move up to super-lightweight.

For Kambsos, 28, he is now eyeing an undisputed title fight with the full WBC title holder.

Devin Haney, 23, defends that strap against JoJo Diaz, 29, on Saturday in Las Vegas.

And Kambosos is set to be ringside to scout out his potential next opponent. 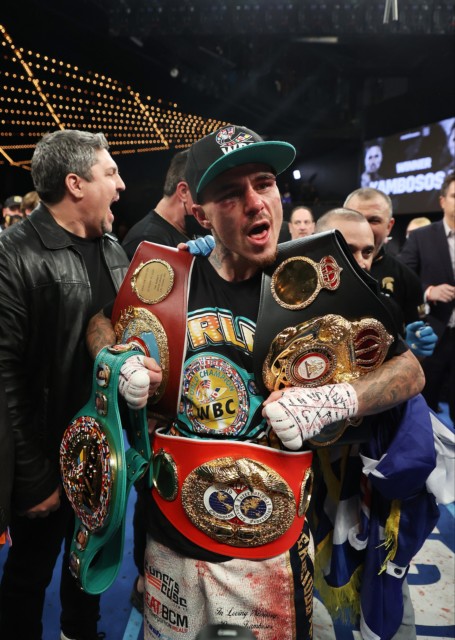 George Kambosos Jr with his lightweight titles
In this article:eddiehearn, georgekambosos, hewas, York