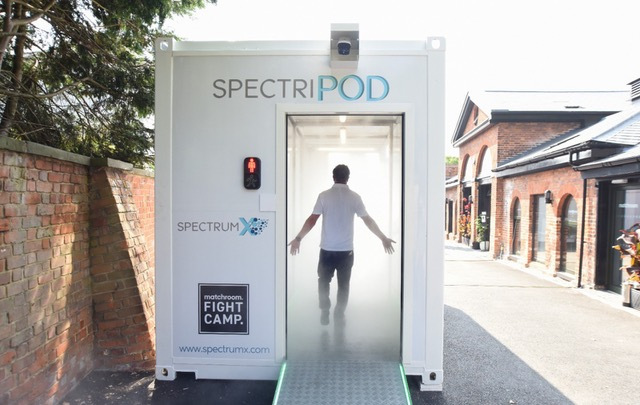 A POD that kills coronavirus will be used at Eddie Hearn’s Matchroom Fight Camp on Friday.

It is the first time the technology has been used at a live sporting event – but talks have started over installing it at Premier League stadiums.

The SpectriPOD tunnel kills 99.99996 per cent of germs it comes in contact with 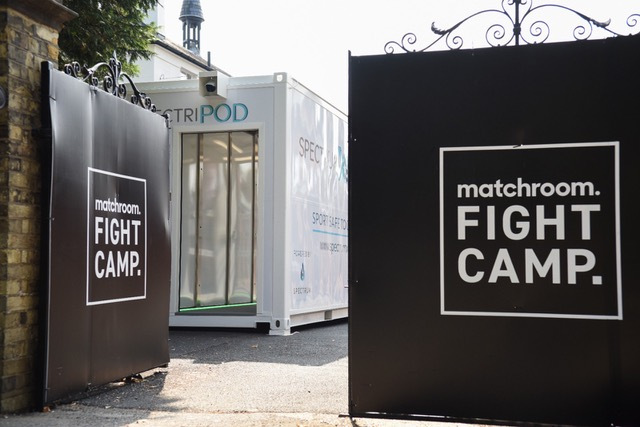 The sanitisation pod kills the coronavirus by spraying people with a fine mist as they walk through it.

Hearn has had the SpectriPOD tunnel installed at his Matchroom HQ ahead of Friday’s boxing event.

Staff, representatives from the media and even the boxers will have to enter via the pod.

The medically safe solution has been scientifically proven to kill 99.99996 per cent of germs.

A camera in the tunnel ensures spectators are wearing a mask and checks whether they have a temperature.

Matchroom chief Hearn said: “Right from the start we made it absolutely clear that we wanted all those attending the Fight Camp events to know they were safe.

“As soon as we heard about SpectrumX we were interested and after reviewing the science and technology behind the system we wanted to add it to our safety protocols for the remaining fights.

“With the addition of the SpectriPOD along with swab testing, zoned areas and several other safety protocols, we have taken every solution available to us to create the safest possible environment for all those involved in the production of Fight Camp.”

The pod is in place for Friday’s event which will see Felix Cash face Jason Welborn and John Docherty against Anthony Fox.

The owners of the technology, SpectrumX Health Care, are in talks with several Premier League clubs. 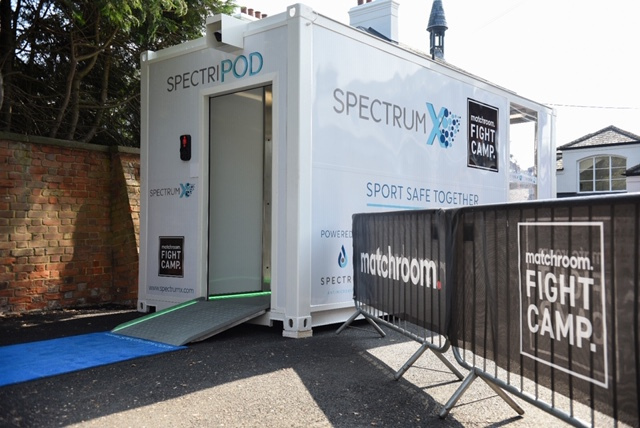 Even the boxers will enter the event via the SpectriPod

Discussions have been held over installing the tunnels outside grounds in a bid to get fans back into the stadiums.

The SpectriPOD can process up to 1,800 individuals per hour – and combining more than one would allow venues to fill up quickly.

Damien Hancox, Co-Founder and Director of SpectrumX, said: “The SpectriPODs offer an efficient, safe and effective route towards the re-introduction of mass attendance at live sporting and cultural events.” 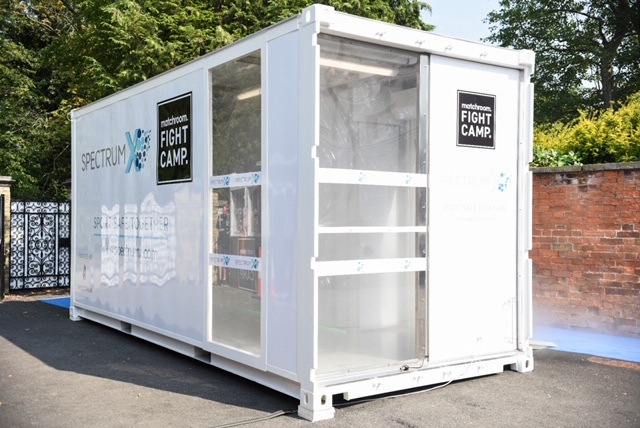 The new technology could soon be used in football stadiums

Did you miss our previous article…
https://www.sportingexcitement.com/boxing/floyd-mayweather-in-talks-with-dana-white-over-2021-fight-with-pair-working-together-but-it-wont-be-vs-mcgregor