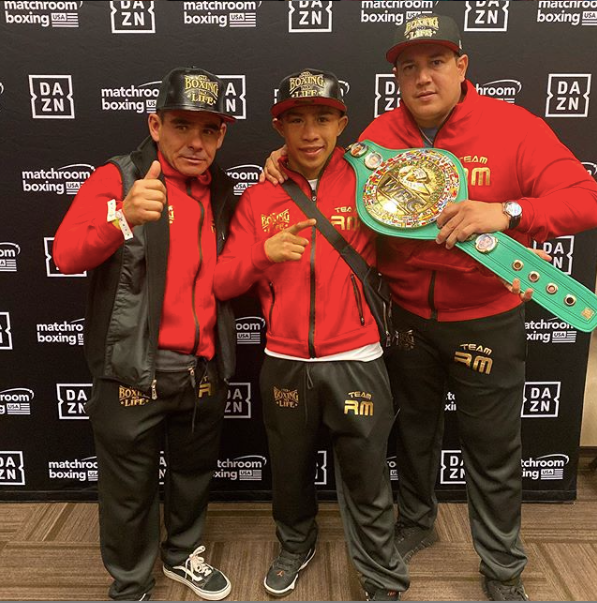 EDDIE HEARN’S return show in America has taken a huge hit as headliner Julio Cesar Martinez pulled out with a throat infection.

The UK promoter has an event booked in for August 15 in Tulsa.

The bout now looks set to be rescheduled for September with Hearn left to find a new main-event.

On the undercard Cecilia Braekhus defends her undisputed welterweight titles against Jessica McCaskill.

And Shakhram Giyasov faces Francisco Rojo in a super-lightweight bout.

It comes in the middle of Hearn’s Matchroom ‘Fight Camp’ held in the garden of the promoter’s HQ.

Kicking off on August 1 and finishing on the 22nd, Hearn will stage four consecutive Saturday night shows.

Dillian Whyte will close out the month-long boxing bonanza by defending his WBC ‘interim’ title against Povetkin on pay-per-view – which was was set for May but axed amid the coronavirus pandemic.

Per the British Board of Boxing Control’s rules, only five fights can take place per event.

Hearn has Sam Eggington headlining the first show in a super-welterweight fight against Ted Cheeseman.