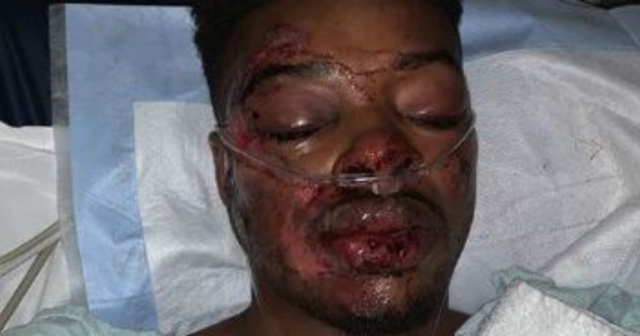 ERROL SPENCE JR has pleaded guilty to DWI after a crash that left him fighting for his life.

The boxer flipped his Ferrari multiple times in 2019 and was left in intensive care.

And today the 32-year-old has admitted to driving while intoxicated.

He was sentenced to three days in jail, but TMZ Sports report he was given credit for three days times served.

Spence released a statement through the Dallas County District Attorney’s Office on Monday.

It read: “As I recovered, I thought of how much I could have lost and how blessed I was to have a second chance at life, but I also know with this platform I can spread a very powerful message.

“Don’t drink and drive. Not one drink. It’s not worth it.”

Earlier this year, Spence Jr revealed he was suffering from PTSD after the horror smash.

Miraculously, not only did Spence survive but he resumed his boxing career a year later.

But the unbeaten Texan still bares the emotional scars of the crash and has opened up on experiencing post-traumatic stress disorder.

Spence, 32, said on The Good Fight with Kate Abdo: “When I was driving I would have like different flashes of a car running into me.

“Or I’d be at a red light and I’d just have flashes of cars hitting me and getting into car crashes all the time.

“It was when I’m just driving down the street or at a red light or anything.

“PTSD is definitely a real thing because I was having flashes all the time about getting in accidents. I still have them sometimes when I’m driving.”

He added: “Spence said: “I actually got into another accident three months after my accident. Somebody hit me from behind.

“It shook me up a little bit, but it’s really hard to get to me. I’m always on an even keel. My insurance company kicked me out.

Did you miss our previous article…
https://www.sportingexcitement.com/boxing/knocked-60-of-the-water-from-his-body-watch-huge-pile-of-spit-fly-out-of-bareknuckle-stars-mouth-after-brutal-ko/