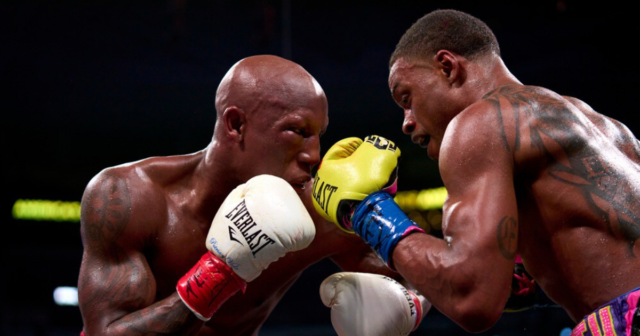 ERROL SPENCE JR was leading comfortably on the scorecards before stopping Yordenis Ugas in ten rounds.

The welterweight pair headlined in Spence’s home of Texas in a unification bout.

Errol Spence was ahead on all three scorecards at the time of the stoppage: 88-82, 88-83 and 88-82. Two of three judges scored the eighth round 10-8 for Spence. Totally dominant round but not to the point, in my eyes, it warranted the 10-8 without the knockdown #SpenceUgas pic.twitter.com/j93Jdd9f3l

And the thrilling action was stopped with two rounds to spare as Ugas’ right eye was swollen so bad the doctor deemed him unable to continue.

That means two of three judges scored the eighth round 10-8 for the Texan.

Spence himself was badly hurt in round six after an uppercut knocked his gumshield out.

But the American was then caught out while searching for his mouthpiece, which wobbled him into the ropes.

The referee then stopped the action as Ugas was pouring on the pressure to allow Spence to put his gumshield back in.

But in turn it allowed the unified champion time to recover and survive the round.

Spence would recover well and boss the bout until forcing the stoppage with Ugas’ eye completely shut.

The Cuban was later transported to local hospital to have his right eye examined.

Meanwhile Spence turned his attention to an undisputed super-fight with Terence Crawford, 34.

Spence now owns the WBA, WBC and IBF titles with Crawford’s WBO belt the only missing piece from his welterweight collection. 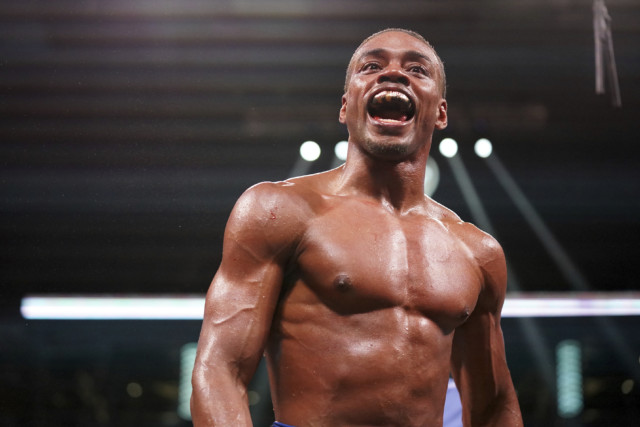 Errol Spence Jr is eyeing a super-fight with Terence Crawford

Did you miss our previous article…
https://www.sportingexcitement.com/boxing/ali-tazeem-dead-aged-18-teenage-boxing-sensation-who-amir-khan-predicted-would-be-the-next-me-killed-in-car-crash/