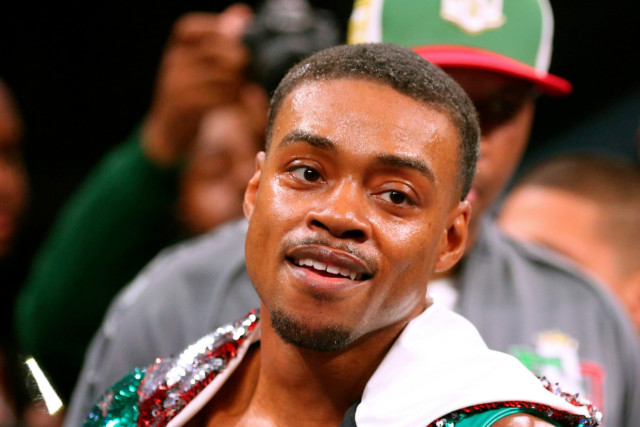 Spence Jr hasn’t been in the ring since he crashed his Ferrari in a horror accident last year following his victory over Shawn Porter.

But he’s getting straight back in there with one of the toughest fighters in the division in Danny Garcia.

Spence Jr’s WBC and IBF world welterweight titles will be on the line in what should be a pulsating contest.

Spence Jr is the WBC and IBF welterweight world champion 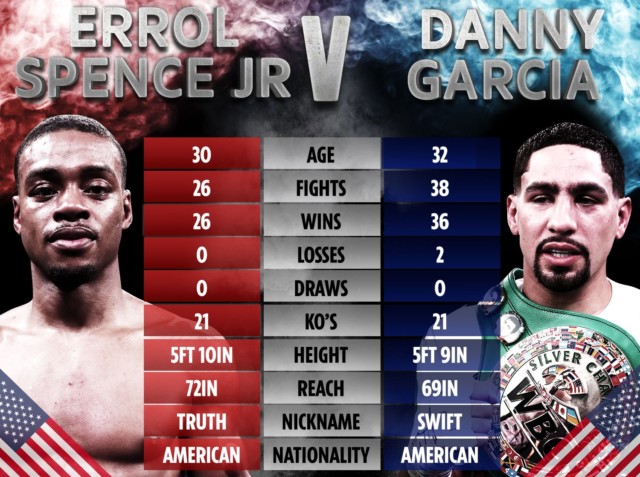 Spence Jr vs Garcia takes place on December 5 in Texas

What time does it start in the UK? 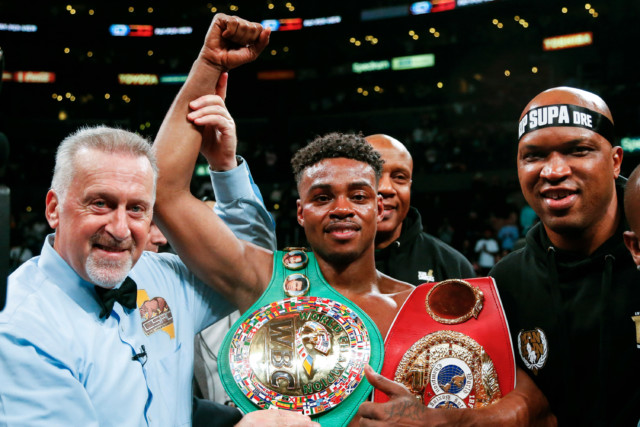 Spence: “I picked Danny Garcia so that I could rise to the occasion.

I’m still the top dog in the division. Fighting Danny will show how great a fighter I am.

“Danny’s dad gets me hyped up talking about his son coming forward, throwing a lot of punches and taking the belts from me.”

Garcia: “On December 5, no stone will be unturned. We’re going to give it 110% and take these titles from him in his hometown.

“I’ve been an underdog my whole career. I’m used to playing that role. I just have to go in there and be myself. I have to believe in myself 100% and fight round by round. I’m going to show what a true champion is made of.” 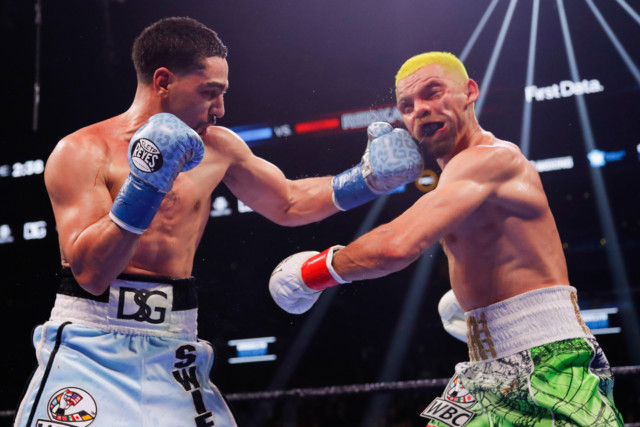 Garcia will be looking to become a two-weight world champion