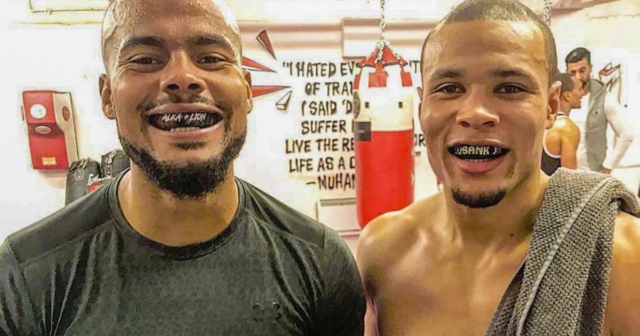 CHRIS EUBANK JR has no idea how he will handle his first fight since the tragic death of his brother.

The 32-year-old middleweight lost his beloved sibling and fellow fighter Sebastian, 29, in July, after he was struck down by a heart attack in Dubai.

Saturday night’s fight with Anatoli Muritov will be a tribute.

The Brighton brawler said: “I’ve never dealt with anything like this in my life. I don’t know how it will affect me in the ring, losing such a close family member. It’s been a rough ride.

“I am dedicating this fight to my brother. I’ll have his name on my shorts and bring his son Raheem into the ring afterwards.

“He was a great soul, we will continue to do everything in his name.”

Eubank’s iconic name meant he never had it easy trying to follow in his father’s footsteps.

But he feels that constant scrutiny he has faced since he turned pro in 2011 will somehow help with the mental demands of fighting on in his brother’s memory.

He added: “I came to the conclusion that my brother would have wanted me to keep reaching for my goals and being the fighter that I am.

“I don’t know if it will affect me but I feel good so I at least know it is just a mental thing.

“But I think that everything I have done, all the harsh things that I have been through in my career, have prepared me for something like this.

“I feel like I will be able to go out there and do what I need to do to win, because of what I have been through before.”

Eubank, like Conor Benn and Campbell Hatton since him, has had to shoulder excessive expectation and shocking criticism from the hurt business.

Comparisons with his father and OTT early praise put a target on his back but the 30-2 charge seems more serene than ever before.

‘I’M NOT TRYING TO PROVE ANYTHING’

He added: “I feel like I have made my own legacy and will continue to do so with each fight.

“I am just trying to be the best man I can be in and outside of the ring and, as long as I am true to myself, the legacy I leave behind will be good, positive.

“As long as I know I have tried my best to be the best fighter I can be, then I will be satisfied.”

Meanwhile, Ebonie Jones swapped her HGV licence for a ­boxing one at just the wrong time — but is fuelled up for the fight.

The 23-year-old Portsmouth flyweight learned to drive massive motors in the army and could earn a fortune delivering petrol.

But instead she will be at Wembley Arena tonight making her pro debut.

She told SunSport: “I was in the Royal Engineers and for my trade I got my licence and was about to start my tank course when I decided to turn pro.

“I haven’t had any calls from BP or Esso yet!”