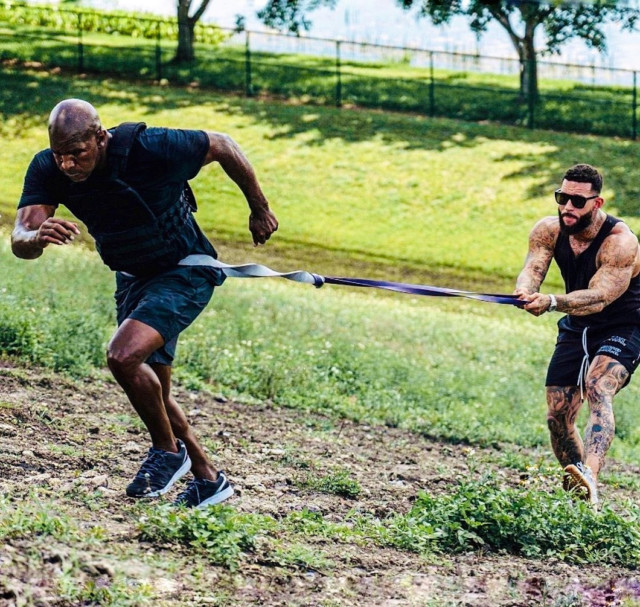 EVANDER HOLYFIELD has stepped up his training routine as he plots a sensational boxing comeback.

The Real Deal is set to follow his old foe Mike Tyson and return to the sport at the age of 57.

Holyfield was rumoured to be in line to fight Tyson in a trilogy fight – but Roy Jones Jr is the man to face Iron Mike.

But Holyfield still has his own plans, and like Tyson, has shown he is still in terrific shape despite his age.

Holyfield recently uploaded a photo of him doing brutal hill sprints while behing held back with resistance bands by his personal trainer.

The former heavyweifght champion of the world captioned it: “In order to get stronger you must be willing to push yourself beyond your limits. #TEAMHOLYFIELD.”

He posted a picture of the pair embracing in the gym on Instagram with the caption: “Surround yourself with greatness.”

Nine years after he last put on the gloves, Holyfield is looking to fight in exhibition bouts to raise money for charity.

He has posted plenty of pictures and videos of himself in training as he looks to get fighting fit.

As well as the potential Tyson trilogy on the horizon, Holyfield has also been challenged to a scrap by Riddick Bowe. 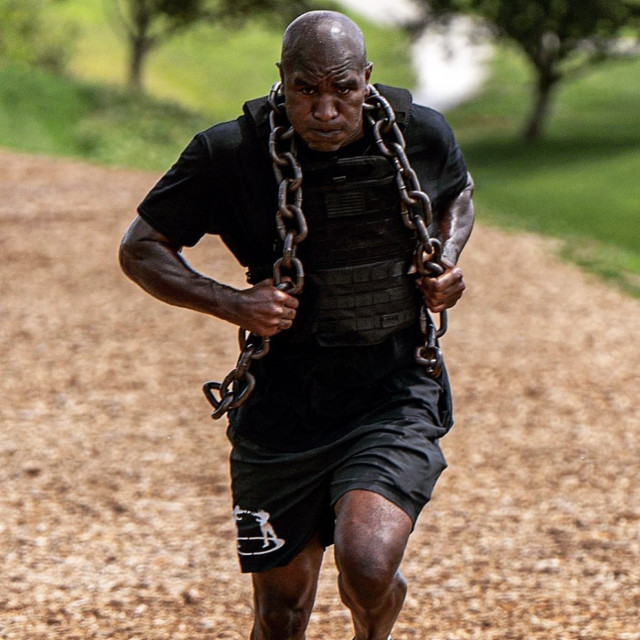 Holyfield wants to raise money for charity with exhibition bouts 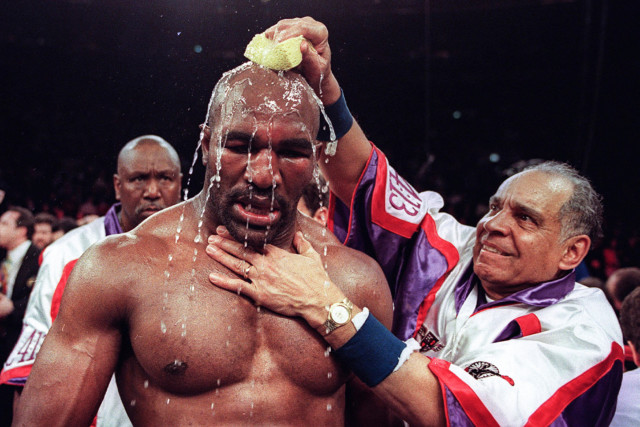