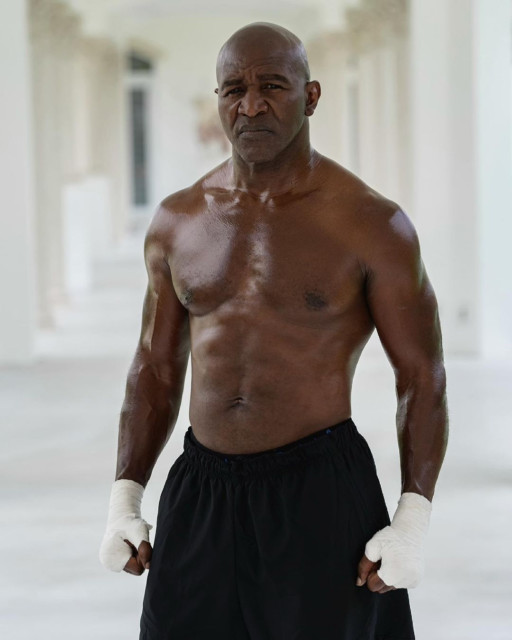 EVANDER HOLYFIELD is set to make his comeback on June 5 against Kevin McBride – Mike Tyson’s final ever professional opponent.

Tyson made a remarkable return to the ring in November, 15 years after he quit against Irishman McBride.

It inspired Holyfield to start training again, with the hopes of securing a trilogy with his great rival.

The heavyweight legends had been in talks for a lucrative rematch.

But according to Sports Illustrated, Holyfield, 58, will first face McBride, 47, on the undercard of Teofimo Lopez’s lightweight title defence against George Kambosos.

They will box in an eight-round exhibition bout, the same as Tyson, 54, did with Roy Jones Jr, 52, which ended in a draw.

Holyfield recently accused Iron Mike of turning down a £20million offer to fight him.

But Tyson hit back and in response argued negotiations were progressing, having later revealed he would return in May.

He said: “I see that happening in the near future, me and Holyfield.

“Only thing we have to do is get some small fundamental differences [resolved], get some paperwork done and then it’s on to the races with me and Evander. 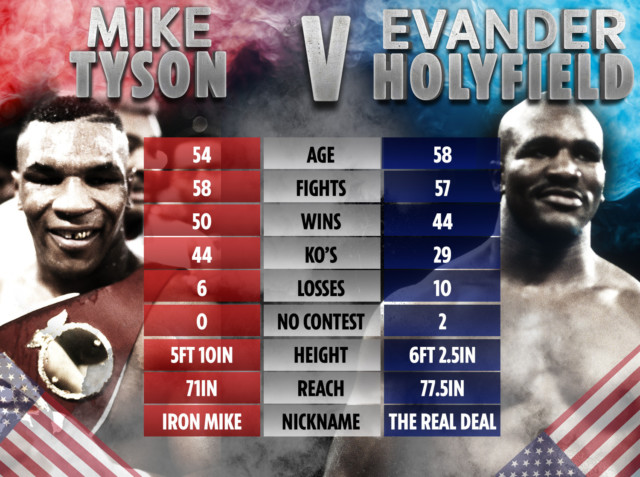 “I just want everybody to know the fight is on with me and Holyfield.

McBride has also not boxed for ten years, most recently against Mariusz Wach, which he lost in round four.