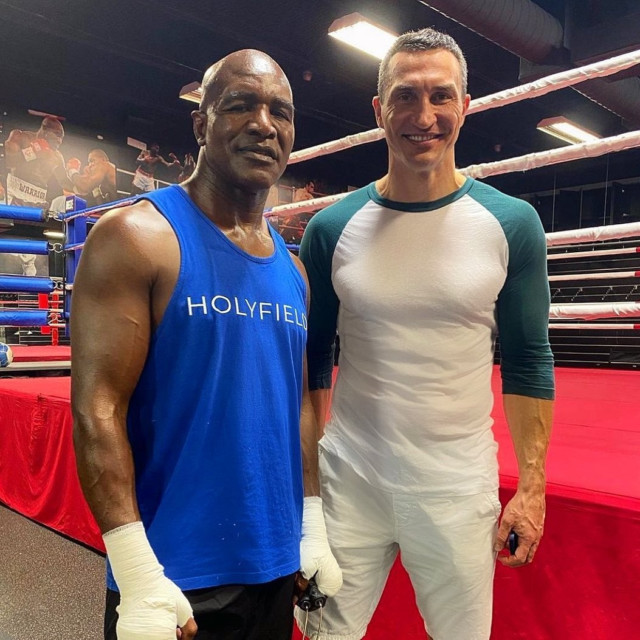 EVANDER HOLYFIELD is training with fellow boxing legend Wladimir Klitschko as he continues to tease a sensational comeback to the sport.

The 58-year-old exclusively revealed to SunSport that he was in talks for a trilogy fight against old rival Mike Tyson.

Holyfield has two victories against Iron Mike – one of which was the infamous ear-biting that saw Tyson disqualified in 1997.

And The Real Deal is keen on going at it for a third time against his 54-year-old old foe.

To keep himself in tip-top shape, Holyfield has drafted in former unified heavyweight champ Klitschko, 44.

The American shared a photo of them together to his Instagram.

Since retiring following a devastating KO defeat to Anthony Joshua in 2017, Klitschko has often teased a return to boxing himself.

The Ukrainian finished his career with 64 wins and five losses – one of which was of course the scintillating points loss to Tyson Fury in 2015.

That saw him lose all his world titles – before he unsuccessfully tried to win them back against AJ.

Holyfield, meanwhile, is relishing the chance to fight Tyson again. 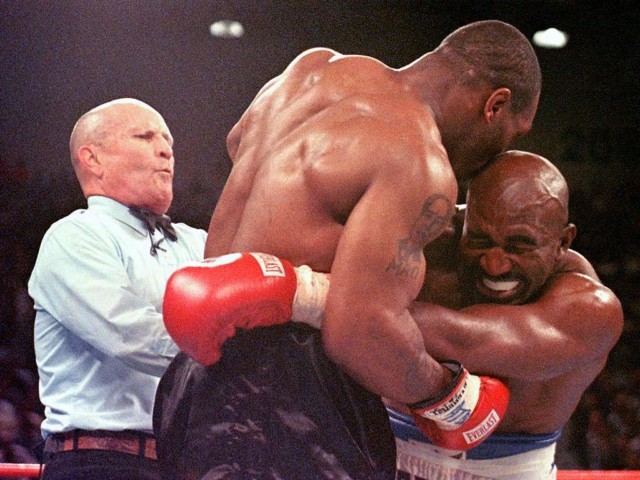 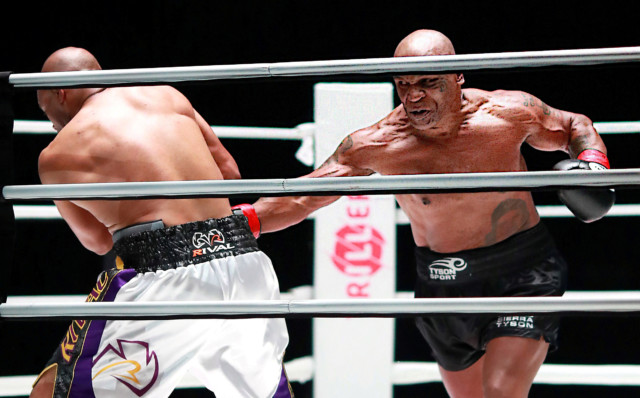