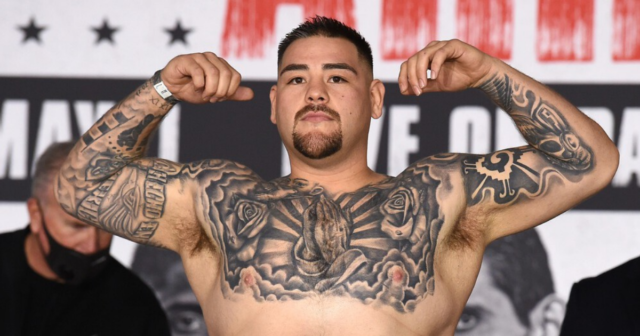 ANDY RUIZ JR announced he will be returning to the ring this year after calling Tyson Fury out.

Ruiz Jr, who famously ended British star Anthony Joshua’s undefeated streak in 2019, hasn’t fought since May 1 when he beat Chris Arreola in California.

And the Destroyer confirmed it is only a matter of time until he wears his boxing gloves again as his next fight is “coming soon”.

Ruiz Jr tweeted: “Happy new year, excited to get back in the ring this year. Fight date coming soon.”

This comes after Fury’s US-based promoter Bob Arum recently confirmed that the Mexican-American could be his client’s next opponent.

Arum claims the 32-year-old and Robert Helenius are two the “principal” options for the Gypsy King.

He recently said: “Frank Warren and I are looking for another opponent to do Fury‘s fight in Manchester or in Las Vegas, depending on who the opponent is.

The former unified heavyweight champion then shared a snap of him alongside Fury, before urging Arum’s promotion to sort out the fight.