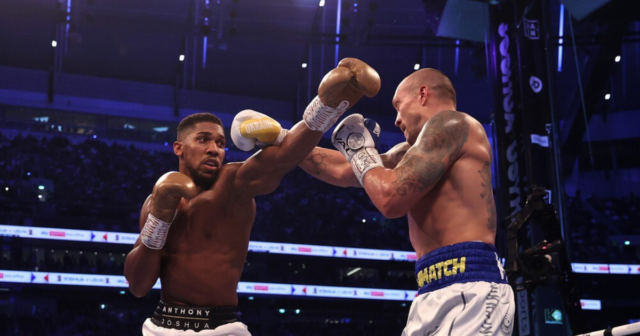 ANTHONY JOSHUA had hardly taken off his gloves before signalling he would trigger the rematch clause in his contract with Oleksandr Usyk.

The Brit slumped to defeat by unanimous decision at the hands of the Ukrainian at Tottenham Hotspur Stadium on Saturday.

Anthony Joshua gave up his three heavyweight titles on Saturday

The result saw AJ lose his WBA, IBF and WBO heavyweight belts and any chance of a £500 million super-fight with Tyson Fury.

Now begins the painstaking process of rebuilding AJ’s reputation with a rematch – and potential venues are already being suggested.

Usyk wants to take the fight back to his native Ukraine and said he’s in no rush – but finances and the weather may have a say.

AJ’s promoter Eddie Hearne has already given two clues – he wants a date in February or March next year and is eyeing a UK location.

For that, he’s going to need an indoor venue. Cardiff’s Principality Stadium has a retractable roof, 78,000 capacity, and hosted Joshua’s fights with Carlos Takem and Joseph Parker.

Just one problem – Wales play three home games at the Principality in next spring’s Six Nations. That wraps up on March 19th.

Few would doubt Hearn’s ability to sell out the Principality even with Joshua as the underdog, but there is a homecoming option.

Joshua made his name at London’s O2 Arena with a series of brutal knockouts against the likes of Dillian Whyte and Dominic Breazeale.

And after the uncertain performance at Spurs’ home ground on Saturday, maybe it’s time for AJ to go back to the safety of what he knows. 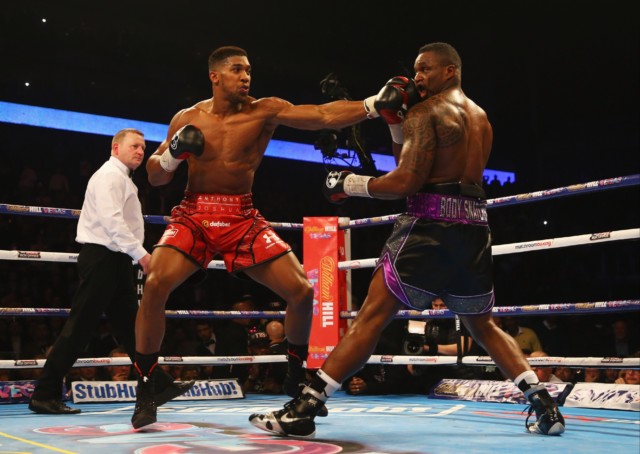 Joshua famously faced Dillian Whyte at the O2 back in 2015

Usyk now holds Joshua’s belts and all the aces when it comes to negotiations over a possible venue.

The Ukrainian wants to fight in front of home fans – tricky for a February/March date when temperatures plunge to well below freezing in Kiev.

Usyk has previously fought indoors at the 10,000-capacity Palace of Sports.

Kiev’s Olympic Stadium is an option and hosted the 2018 Champions League final, but that would surely mean a summer date would have to be found. 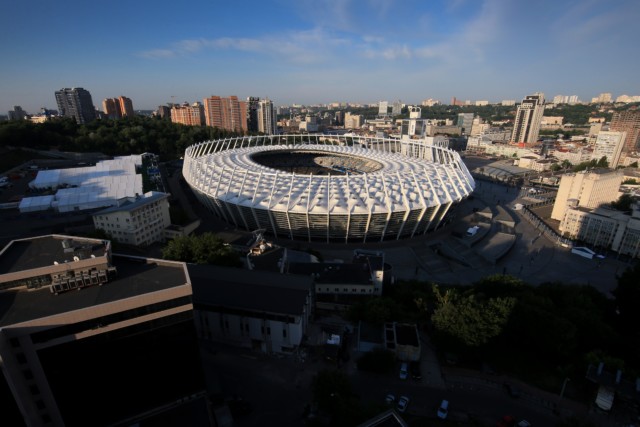 If the date calls for warmer climes, could AJ head back to the desert?

The Brit faced Andy Ruiz in Saudi Arabia’s purpose-built Diriyah Arena the last time he had to win back his belts. 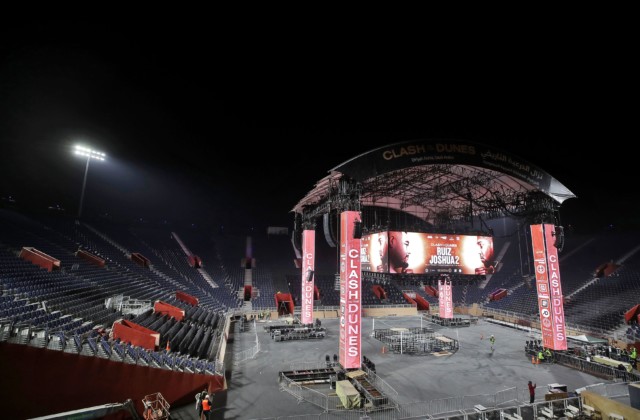 Maybe the two camps will have to meet in the middle.

If Usyk is determined to be the ‘home’ fighter but a winter date makes Ukraine impossible, he could follow in the footsteps of his heroes the Klitschko brothers.

The Ukrainians made Germany their home during their glittering careers – Berlin’s Mercedes-Benz Arena has previously hosted UFC events and could be an option. 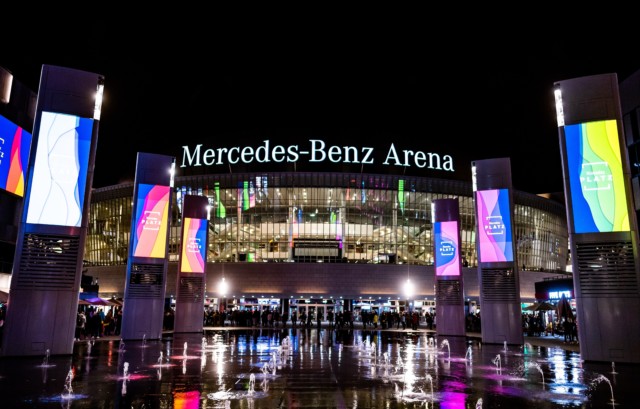