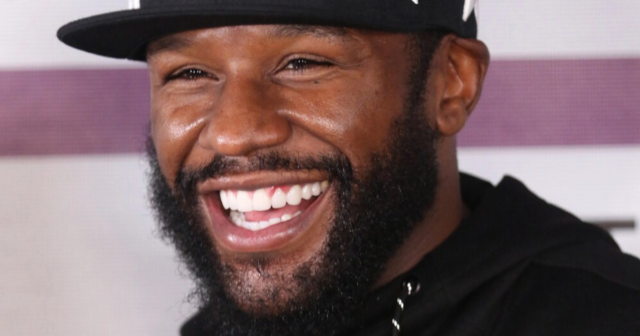 FLOYD MAYWEATHER confirmed he will not return for an exhibition fight against Julio Cesar Chavez – despite appearing to shake hands on it.

The legendary boxers were both in attendance at the WBC convention where the governing bodies’ president announced the agreement.

Mauricio Sulaiman said: “At the same time, they turned to each other and they said, ‘Let’s do an exhibition’. Chavez and Floyd.

“And they are here to announce they will be doing an exhibition next year either in Mexico or Texas where many Mexicans will be.”

The pair then shook hands, but a day later, Mayweather talked down the bout despite Chavez’s best efforts.

He told reporters: “He kept talking about how he wanted to do an exhibition, I said, ‘I can use one hand if you want me to?’

“He was trash talking. But I wouldn’t do that, I wouldn’t want to do that, because that would tarnish his legacy as well as my legacy.”

The Mexican icon, 59, has fought in multiple different charitable exhibitions since retiring, most recently Hector Camacho Jr, 43, in June.

Similarly, Mayweather, 44, hung them up as a professional in 2017, after beating ex-UFC champion Conor McGregor, 33, in ten rounds.

But a year later, he returned for an exhibition against Japanese kickboxer Tenshin Nasukawa, 23, which he won in a round.

Then, in June he boxed YouTuber Logan Paul, 26, in an extraordinary eight-round spectacle bout.

Mayweather gave away TWO STONE and was taken the distance, meaning no winner was declared.

Since then, the 50-0 unbeaten American has appeared happy on the sidelines, away from the ring.

Did you miss our previous article…
https://www.sportingexcitement.com/boxing/mike-tyson-claims-he-died-while-tripping-on-psychedelic-toad-venom-and-says-he-has-seen-that-death-is-beautiful