Floyd Mayweather and Jake Paul tale of the tape: How boxing legend and YouTube rival compare amid fight talks
Advertisement 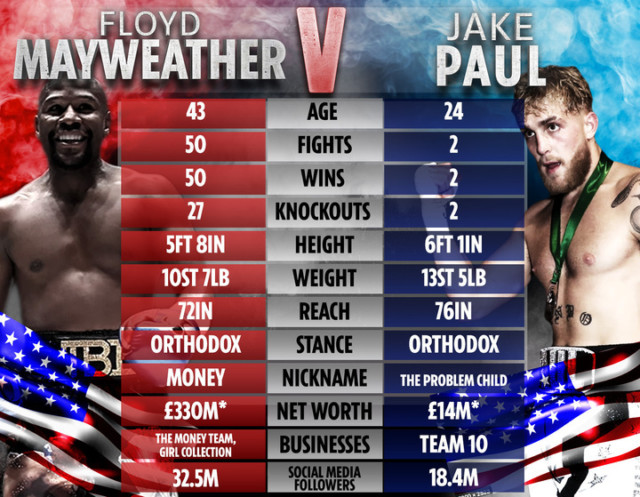 FLOYD MAYWEATHER is embroiled in a war of words with Jake Paul after he called out the YouTuber.

Mayweather is set to fight older brother Logan, but the exhibition bout has been postponed from its initial February 20 date.

In the meantime, the 43-year-old legend is already plotting more money-spinning spectacles for the future.

He opened the door to celebrity bouts with rapper and former friend 50 Cent as well as internet sensation Jake.

The 2-0 boxer took it one step further by mocking Mayweather in a response video – and here SunSport details how the superstars compare.

Mayweather closed the curtain on his professional career in 2017 after beating former UFC champion Conor McGregor in ten rounds.

He retired with a perfect 50-0 record and won world titles in five different weight classes while selling 29MILLION pay-per-view buys in total.

Mayweather has maintained he will not risk his health and perfect 50-0 record against the current crop of top prospects or champions.

But he has opened the door to spectacle fights against celebrities and UFC stars, starting with Logan Paul.

It will be the first time he has fought anyone of Logan’s inexperience and social media status.

He did wipe out featherweight kickboxer Tenshin Nasukawa in a 2018 exhibition in Tokyo, Japan, adding £7m to his fortune.

Mayweather claims to have earned $1billion during his career and did top Forbes rich list of the decade in 2019.

Jake is another candidate to help boost the American all-time great’s bank account while creating unforeseen fanfare across two sections of supporters.

Floyd Mayweather in his last fight against Tenshin Nasukawa

He will fight for a third time in April facing former UFC welterweight Ben Askren, in a step up in experience and quality.

Despite Jake accelerating through the novice stages of his career, he has already called out UFC legend Conor McGregor.

And now he fancies a crack at boxing royalty Mayweather.

Jake, like his older brother Logan, has a farcical skill and experience disparity compared to Mayweather.

But he does have a THREE STONE weight and five inch height advantage.

Jake is also coached by J’Leon Love – a former protege of Mayweather’s who will have a special insight on his former mentor.

And while the 24-year-old may have little to offer in terms of pulling off an upset, he does have a huge online presence, with 20MILLION subscribers.

He is also backed by the Triller app and billionaire businessman Ryan Kavanaugh, who will have the cash to front for Mayweather. 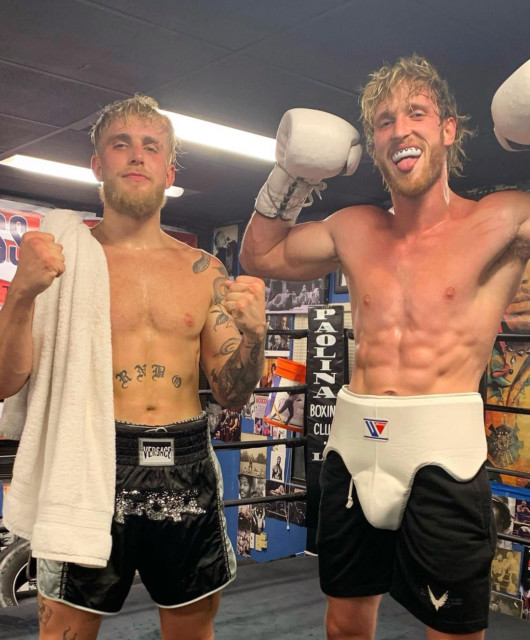