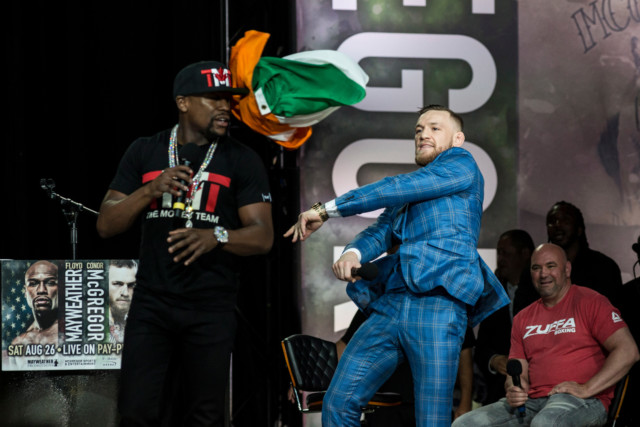 FLOYD MAYWEATHER has hit out at Conor McGregor for comments perceived to be racist during the build-up to their 2017 boxing match.

Three years on from their world-famous fight, Money, 43, has reignited his war of words with the Irish former UFC star.

In the build-up to their Las Vegas showdown, Notorious used the words “monkeys” and “boy” in a way which was construed by many as being offensive.

During one press conference, Mayweather broke out into a dance – with McGregor saying: “Dance for me, boy.”

In another pre-fight interview, McGregor was asked who would win in a fight between himself and Rocky Balboa from Rocky III.

Attempting to remember which movie that was, he – after a brief pause – replied: “Rocky III?

“I’m trying to remember which one was Rocky III. Was that the one in the celebrity gym?

“I can’t remember if that’s the one with the dancing monkeys or not.”

In Rocky III, there is no scene with “dancing monkeys” – which prompted some people to assume McGregor was referring to scenes in which black fighters sparred at Apollo Creed’s Los Angeles gym.

“Monkey” has long been regarded as an insult when aimed at black people.

Meanwhile, “boy” – when used in the way in which McGregor did – has serious racial connotations.

Historically, Caucasian-Americans would use the term “boy” to belittle African Americans. 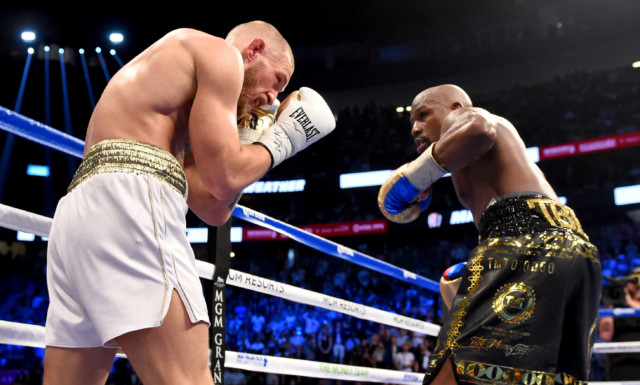 McGregor and Mayweather took part in a boxing match in 2017

At the time, McGregor, now 32, hit back at the accusations, calling them “f***ing ridiculous”.

McGregor added: “[I was asked] would I beat Rocky, and I said ‘what Rocky?’

“And he said Rocky III, and I was like ‘Is Rocky III the one with the gym with the circus and the monkeys?’

“Because he had a specialized gym built that was like a circus, a celebrity circus, there was clowns, there was all this kind of stuff.

“That’s what I meant by that.”

But, looking back, Mayweather appears in no mood to forget – particularly with a light being shone on racism especially brightly in recent months following the death of George Floyd. 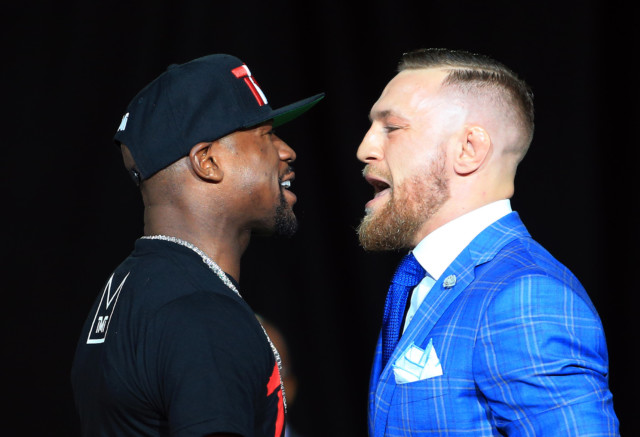 Referencing the Black Lives Matters movement, Mayweather told World Boxing News: “We all should be equal.

“It’s just like what people are fighting for now [the Black Lives Matter movement].

“When Conor McGregor said disrespectful stuff talking about ‘dance boy’ they called us monkeys, nobody got behind Floyd Mayweather.

“This is so crazy.

“That’s why every day when I get up I am happy because I did it for myself and for my children.

Mayweather went on to rule out ever fighting McGregor – or old rival Manny Pacquiao – ever again. 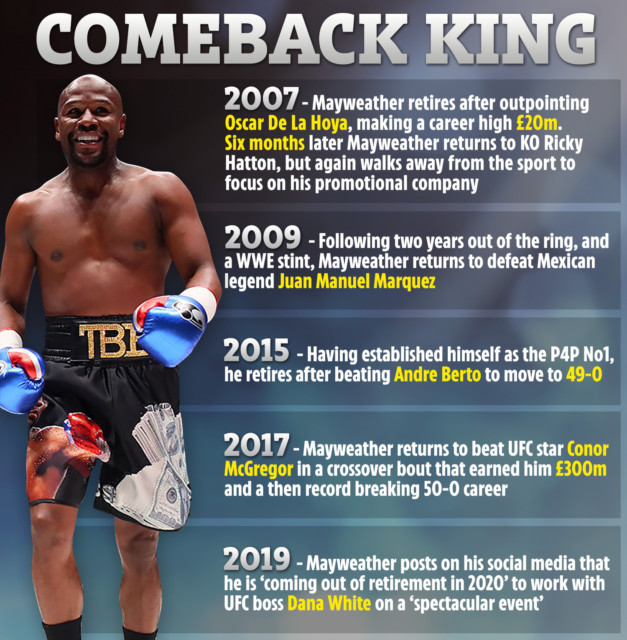 The American continued: “I’m a businessman now. I already proved years ago that I was the best – period.

“Listen, I made more with McGregor – my caculties and everything else comes first.

“Your health is your wealth.

“Now Pacquiao fights because he has to. I fight if I want to. So there is the difference.”

Advertisement. Scroll to continue reading.
In this article:conormcgregor, floydmayweather, thewords