Floyd Mayweather charging £1,200 for online meet-and-greets amid claims boxing legend is running out of money
Advertisement 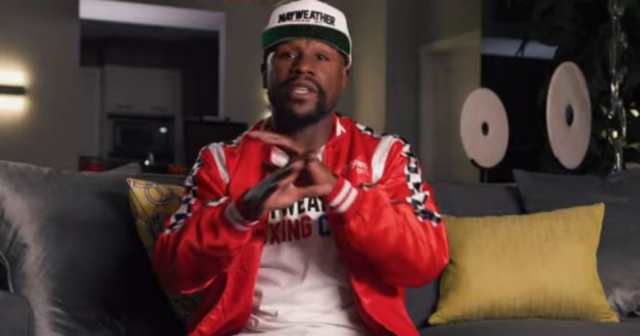 FLOYD MAYWEATHER is charging £1,200 for online meet-and-greets amid claims he is desperate for cash.

The boxing legend joined Fanmio in 2020, offering his fans a chance for an exclusive online one-on-one chat.

Floyd Mayweather is charging £1,200 for online meet-and-greets in his latest money making scheme

Packages range from £52.70 all the way up to the Ultimate Package, which for £1,200 guarantees you a video chat with the boxer and three signed limited trading cards.

In a video to promote the virtual experience, Mayweather said: “I would love to invite you to Fanmio, where you can personally meet me, in a one-on-one video meet and greet.

“Now here’s your chance, to meet me, no matter where you at around the world.

“To be the best, you must always work overtime.

“This event is unbelievable, you guys don’t won’t to miss out, I’ve got some exclusive pieces I will be signing just for this event.

Mayweather officially retired in 2017 after beating UFC star Conor McGregor in a crossover bout said to have earned the American £300m.

But he returned a year later to beat featherweight Japanese kickboxer Tenshin Nasukawa in an exhibition bout in Tokyo which banked Mayweather £7m for his two-minute performance.

And there was then a money-spinning eight rounder against Logan Paul which Money claimed bagged him a cool $100m.

Former friend and online rival 50 Cent claimed in 2020 the 45-year-old’s “money’s gone” due to his excessive spending.

The rapper – real name Curtis Jackson – said Mayweather will “be at your local nightclub because he needs that action right now” as he insisted the retired boxer is looking for ways to make money.

50 Cent made these claims a month before Mayweather went on a UK tour charging fans for a meet-and-greet before the Covid-19 pandemic lockdown struck.

Mayweather was set to fight Don Moore on May 14 in Dubai, but the bout was cancelled at the last minute due to the passing of UAE President Sheikh Khalifa bin Zayed.

Mayweather has denied claims he is in need of money
In this article:boxinglegend, floydmayweather, heis