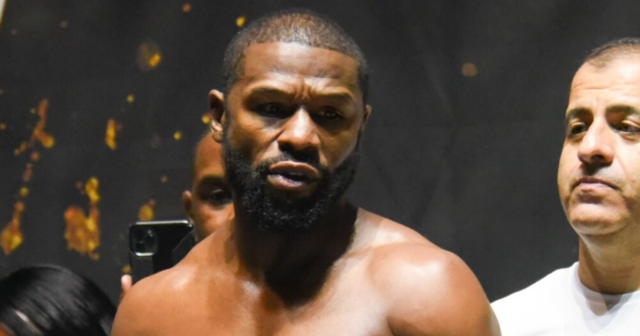 UNDEFEATED Floyd Mayweather could be tempted to face Oscar De La Hoya – but only if the price is right.

De La Hoya sensationally called out the 50-0 fighter and said he would offer $100 million to step into the ring.

Reports now suggest Mayweather is aware of the talk and is open to a fight if his American rival really has the money.

But word is the Mayweather camp do not believe he does.

The pair famously faced each other back in 2007 in what was at the time boxing’s richest event.

De La Hoya hung up his gloves a year later after losing to Manny Pacquiao.

Mayweather officially retired in 2017 after a blockbuster bout with Conor McGregor but has fought in several exhibitions since.

A blockbuster rematch is now being pushed by De La Hoya after his comeback fight against former UFC star Vitor Belfort was scrapped.

The 48-year-old was left in hospital after testing positive for coronavirus earlier this month.

He said he went through ‘five days of hell’ as he battled the virus, with Evander Holyfield stepping in to face Belfort instead.

De La Hoya has been looking for an opponent after calling out former charge Canelo Alvarez.

The Mexican star was part of De La Hoya’s Golden Boy Promotions until an acrimonious split last year over broadcast contracts sparked a war of words between them.