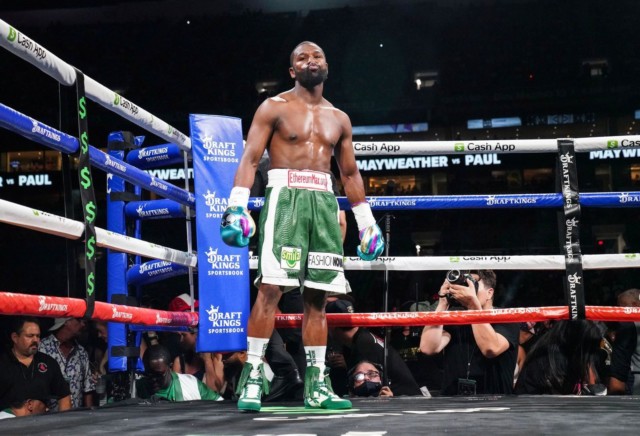 FLOYD MAYWEATHER revealed his Las Vegas house was robbed and offered a $100,000 reward to help track down the burglars.

Just days after he made his return to the ring, in an exhibition with Logan Paul, Mayweather shared the news of his break in.

Floyd Mayweather’s Las Vegas house was robbed with a $100,000 reward offered to help track down the burglars

He wrote on social media: “One’s home is there a sanctuary, place of peace, relaxation and comfort. When someone violates that sanctuary, it is disturbing and hurtful.

“One of my homes was burglarized in Las Vegas. They stole many valuable handbags and other belongings of substantial value.

“I am offering at least $100,000 reward for information that leads to the return of my belongings.

“The level of disrespect and greed it takes for someone to do this is unfathomable.

“Thank you to anyone who comes forward with any information. God bless.”

Mayweather’s Vegas mansion is believed to be worth around £8million, and has several prized assets inside.

The boxing legend has been known to show off his fleet of luxury cars, watches and bags before.

Mayweather, 44, was recently captured going for a back ride less than a week on from going the full eight round distance with Paul, 26, in Miami.

The American officially hung up the gloves in 2017, beating ex-UFC champion Conor McGregor, 32, in ten rounds.

But he did return a year later in an exhibition in Japan against featherweight kickboxer Tenshin Nasukawa.

Despite earning a massive amounts for his showcase with Paul, Mayweather appeared to pour cold water on fighting again.

He said at the post-fight press conference: “As far as me fighting again, absolutely not. As far as me doing another exhibition, probably not.”