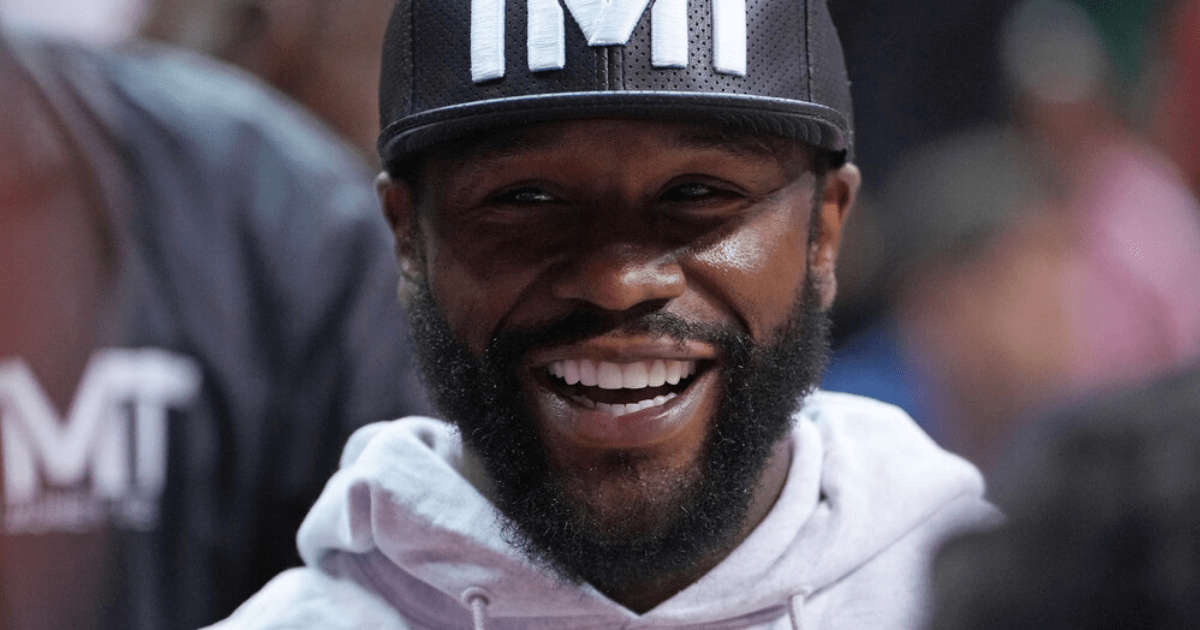 The legendary boxer retired with a 50-0 record after beating Conor McGregor back in 2017.

Floyd Mayweather is allegedly set for another exhibition fight in November

Mayweather, 45, has been involved in three mega-money exhibitions in the ring since to continue boosting his bank balance.

The first was in 2018 against featherweight kickboxer Tenshin Nasukawa in Tokyo which was promoted by RIZIN.

He marked his return by wiping out Nasukawa, 23, in one round of their mismatch.

Mayweather then faced YouTuber Logan Paul, 27, in June 2021 and gave away TWO STONE in the spectacle fight.

Mayweather’s most recent cameo in the ring came in May against former sparring partner Don Moore and he is now due to face Japanese MMA star Mikuru Asakura on September 25.

However, The Mirror claims that the American is looking “to add another social media sensation to his list by facing influencer Deji” in Dubai later this year.

The report states that he will announce the fight with the Brit shortly after his bout with Asakura.

They also add that “sources have indicated Mayweather’s team are deep into planning for a star-studded Global Titans Fight Series event on November 13” which will be at the same Coca-Cola Arena where he fought Moore.

The Londoner, who shot to fame as the younger brother of chart-topping rapper KSI, had lost his previous three bouts.

But American influencer Fousey was simply no match for southpaw Deji, who dominated from the first round onwards before his opponent’s corner threw in the towel in the third.