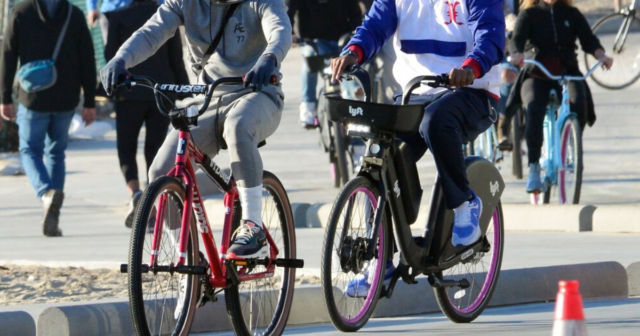 FLOYD MAYWEATHER was spotted riding a bike in LA as he keeps up his fitness regime.

The boxing legend, 44, was pictured pedalling along Venice Beach on Tuesday evening after returning to the ring this year.

Mayweather looked content in a grey tracksuit as he rode atop a red bicycle.

But whether he’s in training mode for another fight remains to be seen.

Mayweather’s last fight saw him take on Logan Paul in an eight-round exhibition in June.

The YouTuber took the 50-0 icon all the way in Miami, with no winner declared.

And SunSport revealed earlier this month Mayweather is now in contract talks to fight brother Jake. 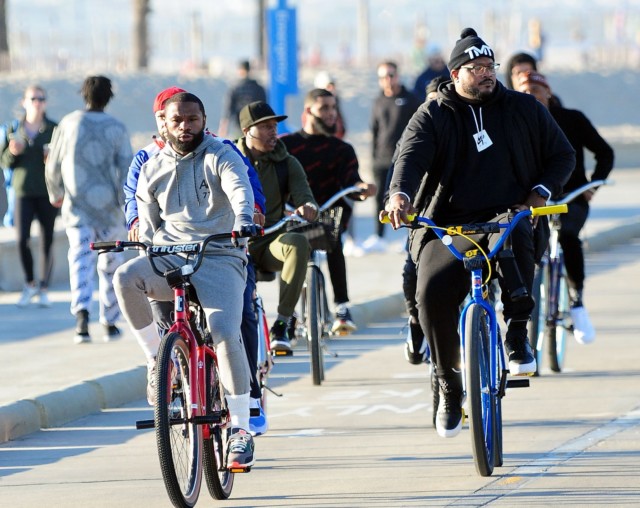 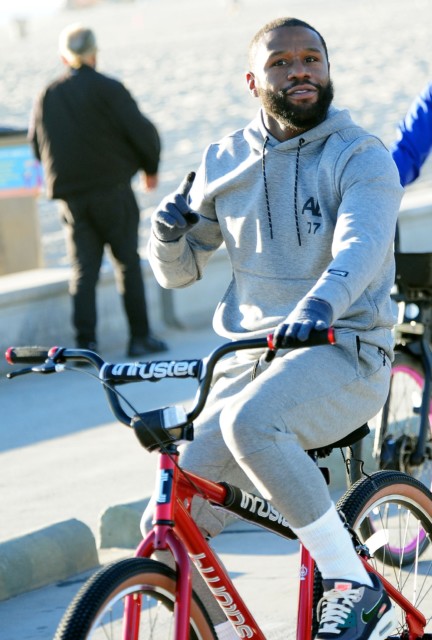 But one bout in the books for December is a charity basketball match against Manny Pacquiao.

It could happen at the MGM Grand Garden Arena, the scene of their 2015 fight which Mayweather won on points.

And it remains the most lucrative bout of all time, selling a US record 4.6million pay-per-views.

Advertisement. Scroll to continue reading.
In this article:fitnessregime, floydmayweather, inla