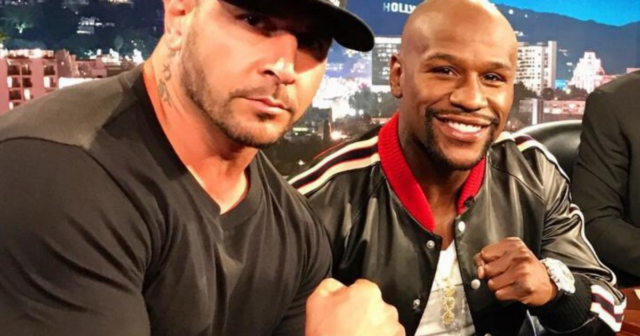 FLOYD Mayweather’s bodyguard was shot protecting the retired boxing star from a “targeted” drive-by shooting that left him with a horrific wound.

Greg La Rosa, 39, exclusively recounted to SE how he took a bullet to the leg while traveling in a convoy to a hotel in Atlanta, Georgia with Mayweather on April 9, 2018.

Greg La Rosa, 39, has worked for Floyd Mayweather for the last eight yearsIn 2018 he was shot in the leg in a drive-by shooting he called an ‘ambush’

The Money Team (TMT) security member said he was driving one of three vehicles in a convoy carrying the boxer and his entourage back to their hotel after an appearance at the Medusa nightclub.

“I guess Floyd had put the event on his Instagram page,” La Rosa said. “It was a pre-planned party appearance.”

La Rosa said there were “no issues” inside the club and described the evening as a “great night”. Mayweather stayed inside the club for a little over an hour before leaving to head back to the InterContinental Hotel.

The “ambush” happened as the convoy made a left turn towards the hotel’s valet, La Rosa said.

La Rosa said he didn’t realize that shots were being fired initially. After a few seconds, however, he dropped down in his seat and clamored for cover.

“It was an absolute ambush,” he said. “You don’t know where it’s coming from. And as I was going down between the seats, I felt one go into my leg on the inside of my left leg.

In total, police say 12 shots were fired at Mayweather’s convoy. In a press release at the time, Atlanta PD said the shooting was “not random” and appeared to be targeted.

La Rosa was the only one injured. He was rushed to the hospital by other members of the TMT security team. 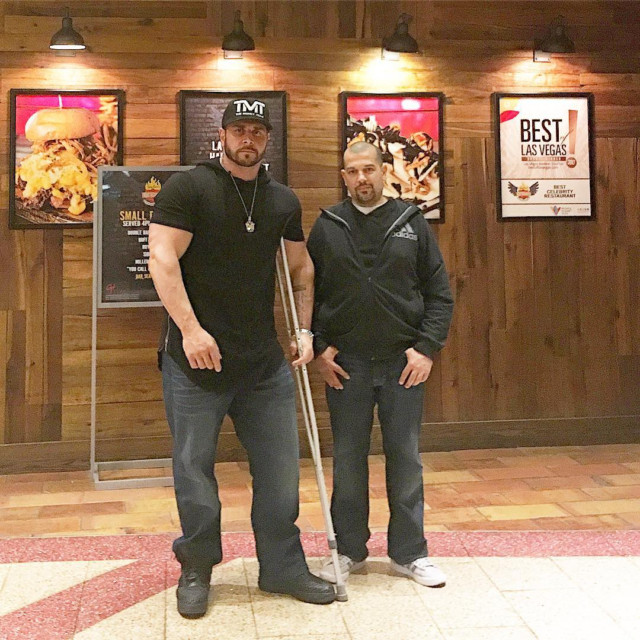 La Rosa was the only person injured in the shooting

The suspect’s car is seen above

The bodyguard said he was in shock when he arrived in hospital, taking the situation “lightly” as they rushed him into a room on a gurney and placed a heart monitor on him.

As time went on, La Rosa said the wound started to hurt.

“The bullet was deep in my leg but had come out.  I think the way it came out is that the bullet mushroomed as it hit the metal to go through the door and it hit my leg and went into my leg with my pant leg and my sock there.

La Rosa, who describes his relationship with Mayweather as “brotherly” and “close”, said the 15 world title winner called him immediately when he heard that he’d been shot.

“He told me, ‘Greg, they told me you got hit. Are you OK?’ He was obviously scared and nervous. I said, ‘I’m good. Just get your stuff and get out of here.’”

La Rosa said Mayweather was insistent that he wanted to come to the hospital and see him.

“I said, ‘Do this for me and don’t come right now,’” La Rosa said. “I didn’t want him there because that would mean that he was exposed, and I didn’t know who else was there.”

“We’re a peaceful bunch. With the exception of when Floyd does his fights, it’s promotional,” he said. “That’s not street stuff, that’s promotional business.

“It’s just sad to see that people are willing to take people’s lives over stuff like that.”

La Rosa recovered from his injuries without any lasting effects but still has a large scar. 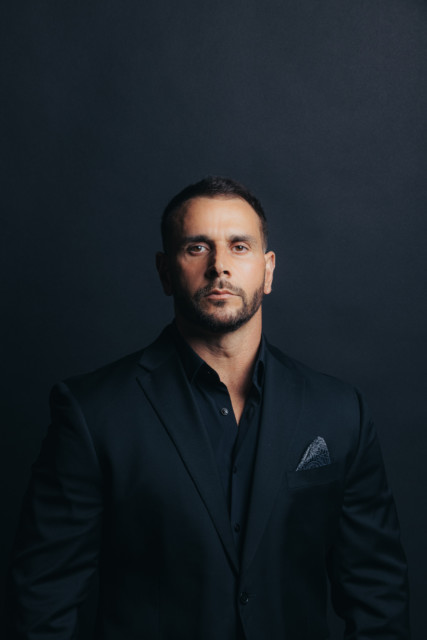 La Rosa said he and Floyd share a brotherly bond

Police released a video of the shooting back in 2018, showing a red Dodge Durango pulling up alongside Mayweather’s convoy at an intersection and opening fire.

The vehicle sped away from the scene after firing 12 rounds. No arrests were made.

Describing the role as a “365 day a year, seven days a week, 24 hours a day type job”, his work as part of the TMT entourage has taken him all across the US and beyond, including the Maldives and the 2016 Olympics in Brazil.

He first encountered Floyd after being employed to work for him for a BET event in Miami in 2013.

La Rosa said he was one of seven or eight other bodyguards drafted in for the gig. But after his work was done, La Rosa said Floyd approached him with a stack of cash and said, “I need you to stay with me.”

“The other guys, none of them stayed. So I guess I did something impressive,” he mused.

In the near-decade since, La Rosa said he and Floyd have forged a “super close” relationship. 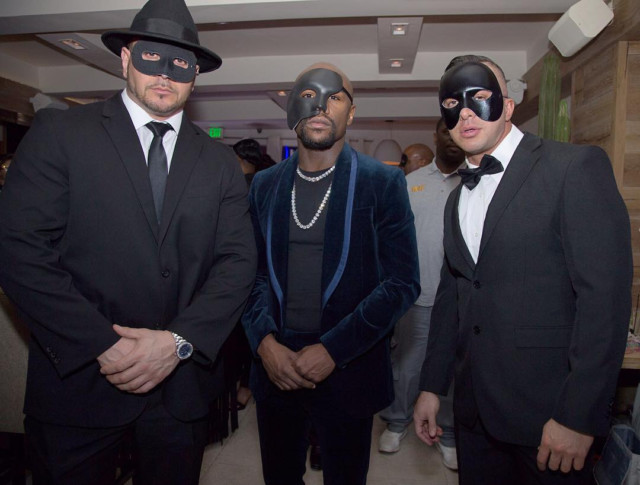 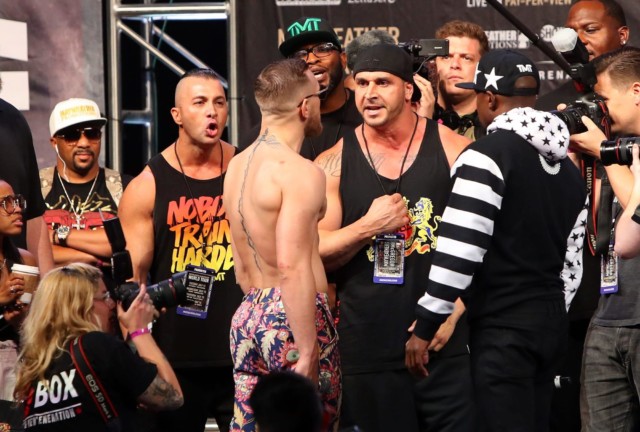 FLOYD IS A ‘REGULAR GUY’

Working for Floyd varies on a day-to-day basis, La Rosa says, but he described the decorated and undefeated boxer as a kind and humble person, in contrast to the flashy and larger-than-life persona he often projects in the media.

“Floyd likes to experience regular stuff,” he said. “He doesn’t like high-class restaurants. We go to – he calls them hole in the walls. He loves that kind of stuff.

“We just go to normal restaurants and sit at normal tables. They’re like, ‘do you want the back room?’ He says ‘No. We’ll sit right there.’”

La Rosa continued: “He likes to feel as normal as possible. Now that I’ve known him for so long, he’s nothing else but a regular guy. …He’s not high maintenance at all.

He also lets us – we went to Bora Bora, Maldives, stuff like that, he doesn’t get us rooms off to the side. We have the rooms that are on the water which cost six or seven thousand dollars a night sometimes those rooms.

“So we’re experiencing what like an NBA star or something would experience.”

La Rosa said he wishes others could experience what it’s like to be a bodyguard for a major star, but insisted it’s not all fun, games, and expensive dinners – as the shooting in April 2018 demonstrated.

While the incident was frightening, La Rosa said it hasn’t changed much about how he operates, only making him “a little more aware now” when he’s on the job.

“You’re aware that things can happen. Mostly I was just aware of how easy it is for somebody to just take somebody’s life like it’s nothing. Like you’re just a piece of garbage or something.

“When you sign up for this job you know these things are possible and that they can happen. 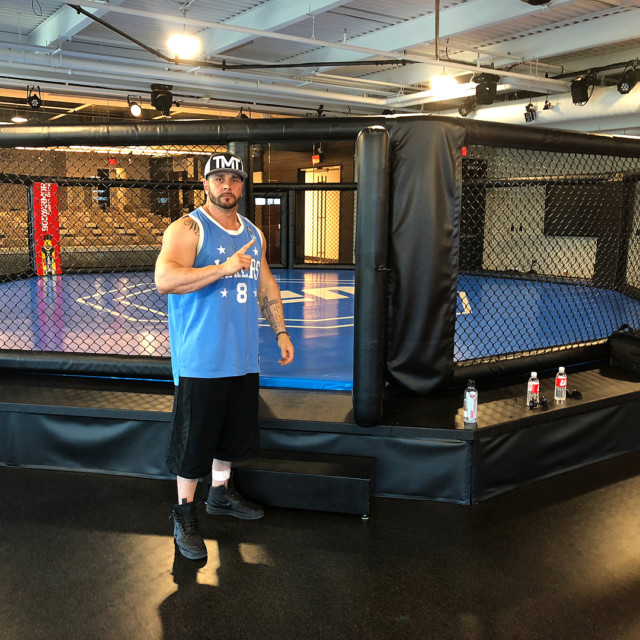 La Rosa said he wishes others could experience what it’s like to be a bodyguard for a major star, but insisted it’s not all fun and games

“So when people on the internet say, ‘you’re lucky, you have the best job in the world’, I do feel lucky, but at the same time, you don’t see the crap that goes with it.

“I have experiences that only the rich and famous have, and that’s kind of the stuff that people see. They see the lights and glamour but they don’t see what’s behind the scenes.

When he does find spare time for himself, La Rosa said he works in real estate.

He also spends time with his aunt Paula, whom he says he gets his “toughness from.”

“My Aunt Paula, she’s my godmother, she’s always been a big part of my life, growing up. It’s an Italian tradition. Godmother is a very big thing. She’s always been there for me.”

“She’s so tough. She’s a really tough, tough, tough woman. I can attribute some of my toughness to her.” 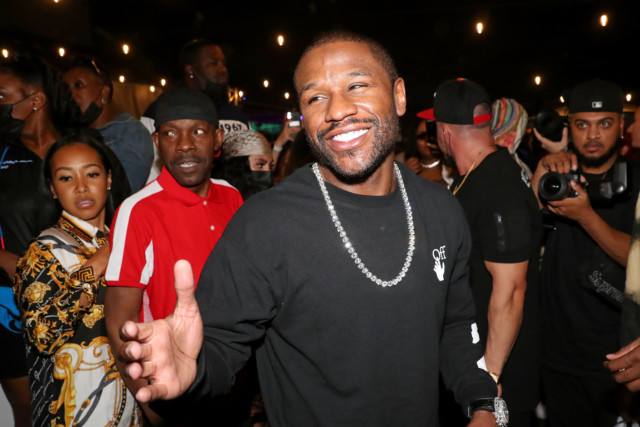 Floyd Mayweather is considered one of the greatest boxers of all time. He retired with a perfect professional record of 50-0
Advertisement. Scroll to continue reading.
In this article:boxingstar, larosa, theleg