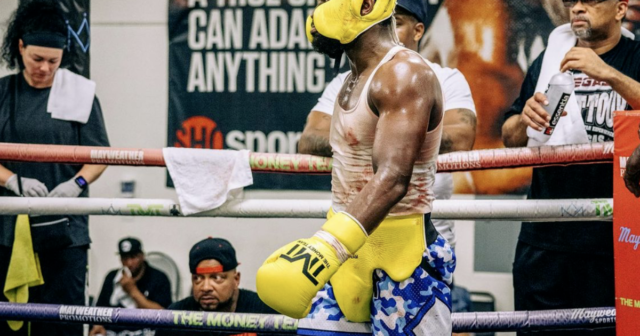 FLOYD MAYWEATHER could STILL beat ‘everybody out there’ as his coach revealed sparring partners ‘can’t lay a glove’ on the boxing legend.

Mayweather has been out of the game professionally since 2017 after beating UFC superstar Conor McGregor in ten rounds.

But exhibition comeback bouts have kept the undefeated multimillionaire in the gym and continuing to enhance his wealth.

Most recently, Mayweather was taken the distance by YouTuber Logan Paul in an eight-round spectacle last June.

Gerald Tucker was his chief cornerman that night and head coach throughout the camp, where the American legend rolled back the years in his Las Vegas gym.

And with the two preparing for another return, the boxing trainer claimed even now, aged 44 and over four years retired, Mayweather is untouchable in the ring.

Tucker told SunSport: “This is a totally unbiased opinion, this is going from what I see in the gym – especially when we were preparing for Logan…

“He has sparring coming in – and they’re undefeated guys, bigger guys, active guys.

“Floyd could still compete at this championship-level right now, still to this day and beat all of those guys.”

Mayweather has insisted his time in the professional and traditional ranks are over, with nothing left to prove as a 50-0, five-weight world champion.

Instead, his two comeback bouts have been against Japanese featherweight kickboxer Tenshin Nasukawa, 23, and social media sensation Paul, 26.

Tucker and Mayweather have since linked up again with training sessions in Vegas and most recently Miami.

And with Mayweather displaying his timeless skills in secret once more, his coach is constantly left wondering what would happen if he made a comeback for real.

Tucker said: “I think about it the entire time we’re working out. It’s like man, he could kill these guys and I’m looking at the big names.

“Of course I’m mindful of all things, I’m putting everything in mind when I’m thinking about even the thought of him getting back in the ring with, like a Canelo.

“And I still see him beating everybody out there, where there’s no disadvantage in terms of weight.” 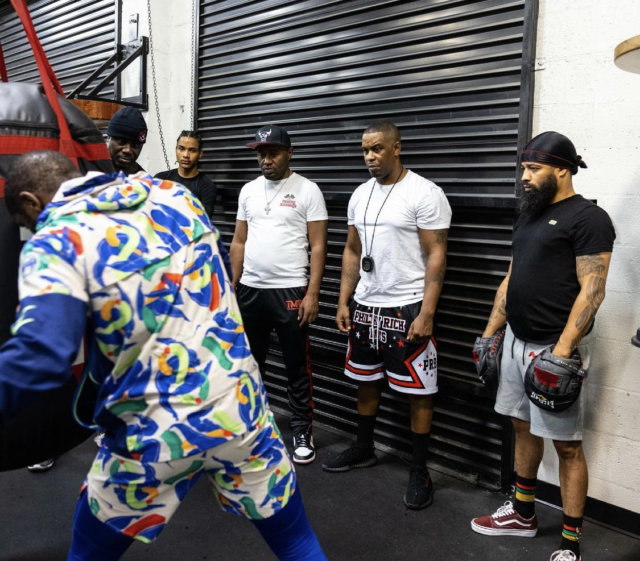 Floyd Mayweather in training for his exhibition with Logan Paul as Gerald Tucker, far right, watches on
Advertisement. Scroll to continue reading.
In this article:floydmayweather, sparringpartners, stillbeat