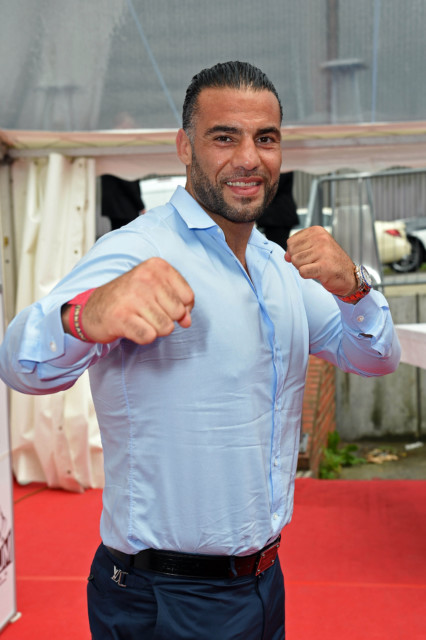 MANUEL CHARR’S wait to step back inside the ring is set to continue after his fight with Trevor Bryan was scrapped.

The 36-year-old holds the WBA ‘regular’ title belt, which was supposed to be put on the line for the first time since November 2017 on Friday night.

Manuel Charr’s wait to step back in the ring continues

Charr was hoping victory against Bryan would put him in line to snatch Anthony Joshua’s ‘super’ version.

But it appears all plans to flight in Florida have been put on the back burner.

According to BoxingScene.com, a failure to sign a contract could have been one of the reasons, while Charr also reportedly had visa issues.

Carl Lewis, attorney for Don King Productions, said: “The issue was that Charr did not have the right kind of visa allowing him to fight in the United States.

“The visa he has obtained allows him to travel to the U.S. but his P1 visa application is still pending.

“If he was granted a P1 work visa, he could fight. If not, he can’t fight. Don [was] waiting like everyone else for them to make their decision.”

Byran is now expected to take on Bermane Stiverne as a back-up.

Charr’s lengthy absence from the ring is due to promotional wrangles, while he was also suspended for an adverse VADA drug test.

Byran, left, is now expected to take on Bermane Stiverne

Earlier this month he told Sky Sports how he was ‘100 per cent fit’ for his comeback bout and had a firm eye on fighting AJ.

“This is the mandatory fight for Joshua.”