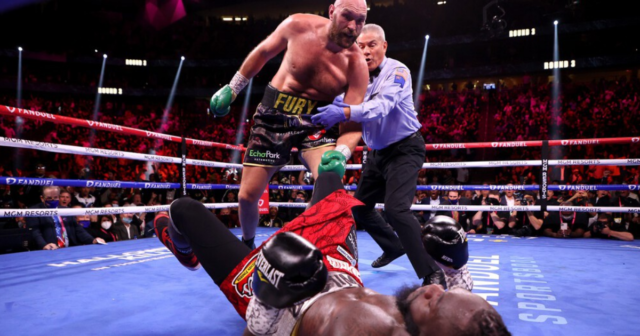 PROMOTER Frank Warren has named Tyson Fury the No1 heavyweight in the world but left Anthony Joshua out of his top FIVE.

The 69-year-old – who has been a part of the Gypsy King‘s team since he returned from a battle with drink, drugs and mental health – now considers Oleksandr Usyk the second best in the division following his win over AJ. 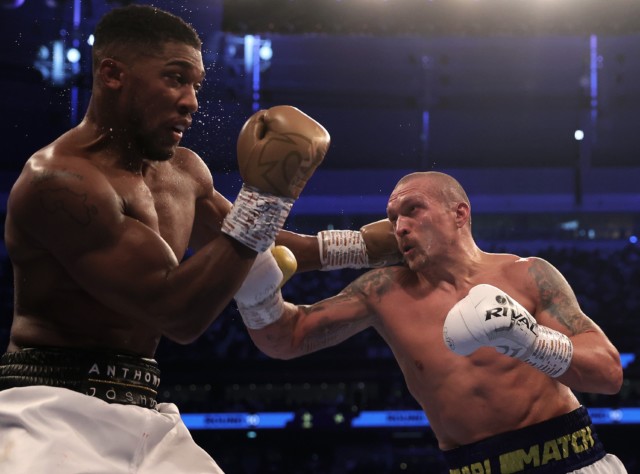 He then believes Joe Joyce and Daniel Dubois – who he also promotes – are third and fourth, with WBC mandatory Dillian Whyte in fifth.

Speaking to BT Sport, he said: “I put Tyson No.1, he’s head and shoulders above all of them. He’s a magnificent champion and he would be up there with the greats from all eras, he stands with them.

“I’ll be a bit biased and we promote Joe Joyce who’s the WBO No.1 and we are also involved with Daniel Dubois who is the No.1 in the WBA.

“So, if you want me to put them in order Tyson is number one, Usyk number two and I think the other three you can all them joint as far as I see it.

“I don’t think Dillian has the beating of the other two guys. We made offers for him to fight them which he didn’t take. Anthony Joshua, I think he comes in at No.6 now.” 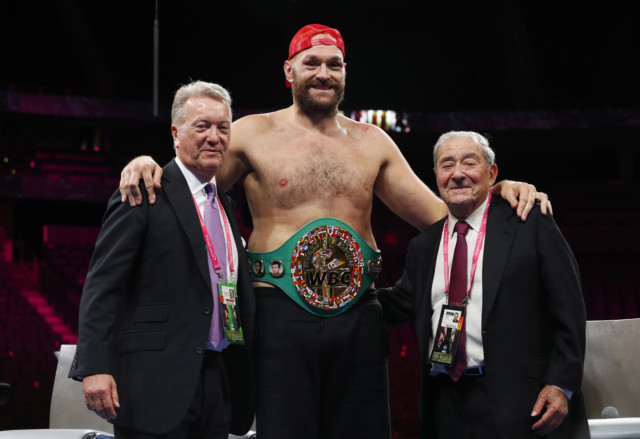 Along with leaving Joshua out of his top five, Warren also omitted Deontay Wilder who Fury dealt with in emphatic fashion at the weekend.

Fury solidified himself as the best heavyweight in the world with a sensational 11th round knockout of Wilder in Las Vegas.

The 33-year-old climbed off the canvas twice to put the American away late on in the fight and defend his WBC belt.

But Joshua suffered a totally different fate two weeks earlier when he was outboxed by Usyk, losing a unanimous decision at the Tottenham Hotspur Stadium.

He will rematch the unbeaten Ukrainian in the early part of 2022 as he bids to reclaim his three world titles.

The Olympic medallist is now the mandatory challenger for the WBO belt which Usyk currently holds.

And Whyte has established himself as a heavyweight contender with wins over the likes of Derek Chisora, Joseph Parker, Oscar Rivas and Alexander Povetkin.

He will secure a fight against WBC champion Fury if he can get past Swede Otto Wallin on October 30.