Fury in the sauna, Wilder getting ‘KO’d’ and 20 rounds with Joshua – inside Klitschko’s amazing but brutal training camp
Advertisement 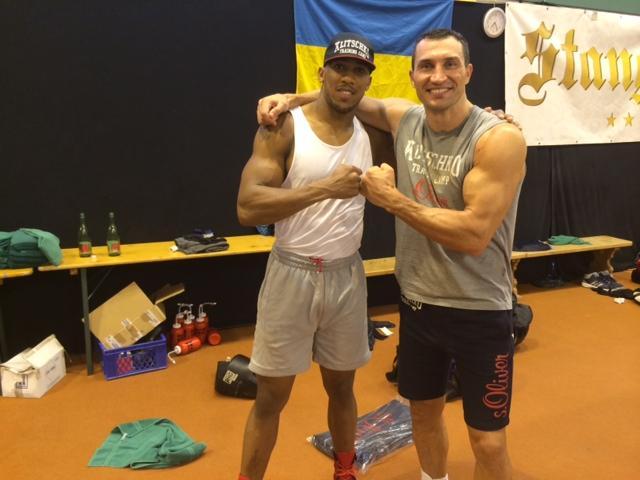 THE SECRETS and stories of Wladimir Klitschko’s intense training regime have been revealed by those who were there to witness it all.

Years of heavyweight domination were moulded in the Austrian alps where Klitschko trained during his reign as world champion. 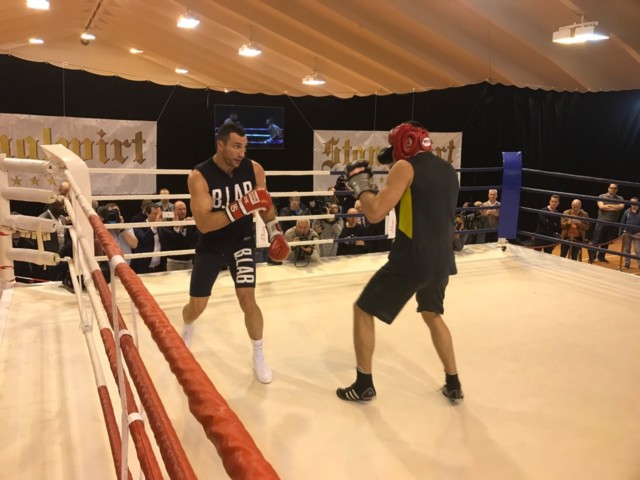 Anthony Joshua, 30, Tyson Fury, 32, Deontay Wilder, 34, and Dillian Whyte, 32, were among those to work alongside the Ukrainian legend.

Sky Sports pulled back the curtain and spoke to those who experienced first hand the tales of Klitschko’s camps from heated sparring sessions to gruelling sauna sittings.

Klitschko, now 44, retired after losing a thrilling 11-round battle against Joshua in 2017.

But the pair had sparred up to 20 rounds before the night the heavyweight torch was passed.

Joshua said: “Sparring, for me, I would rather they hit me so I can learn to defend.

“Everyone knows how to throw a punch. I was learning how defend. It was just sparring, I wasn’t trying to prove anything.”

Klitschko revealed: “We did plenty of rounds, about 20.

“I was going through a lot of rounds, about 115 rounds in that camp. Definitely you could feel his athleticism. He’s very athletic.

“We were pretty competitive. We respect each other, but both competitive. There was no dominance from either of us. It was pretty equal.” 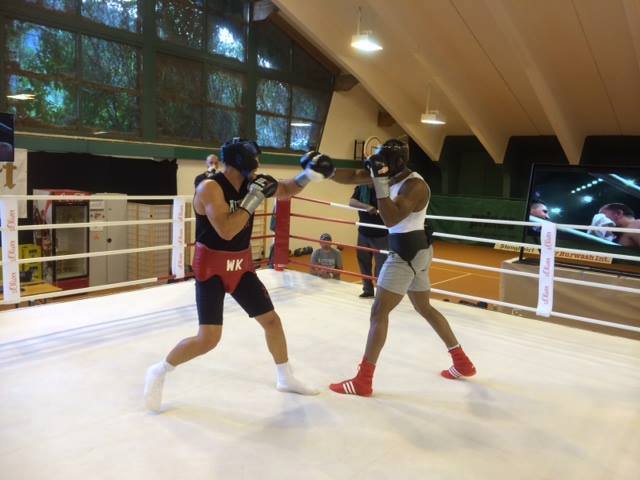 Klitschko and Joshua during a sparring session

Fury, two years prior, had upset Klitschko in Germany to seal a famous points win on away soil, crowning a new unified champion.

The Gypsy King had already amassed a great amount of knowledge on his future opponent, having struck up a close relationship with Klitschko’s trainer Emanuel Steward.

Steward – who died in 2012 – had invited a young Fury to train alongside the Ukrainian, which led to an infamous sauna story involving the boxers.

Fury recalled the incident before facing Klitschko as they both appeared on Sky Sports’ ‘Behind the Gloves’ segment.

“Do you remember this Wladimir, at all?

“It gets down to him and I’m over the other side. I’ve only had 12 or 13 fights, but still, in my mind I was mentally in a competition with him.

“He can say what he wants, he can deny it, whatever. I was prepared to die in that sauna before I got out. I stayed in for like 40 minutes.

“He got out first. I thought, ‘Mental victory.’”

Fury went on to lose the WBA, IBF and WBO belts he won out of the ring, following a battle with substance abuse and depression. 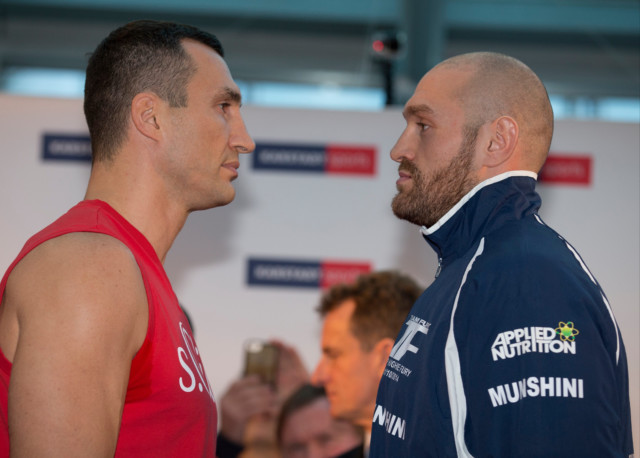 Klitschko was beaten by Tyson Fury in 2015 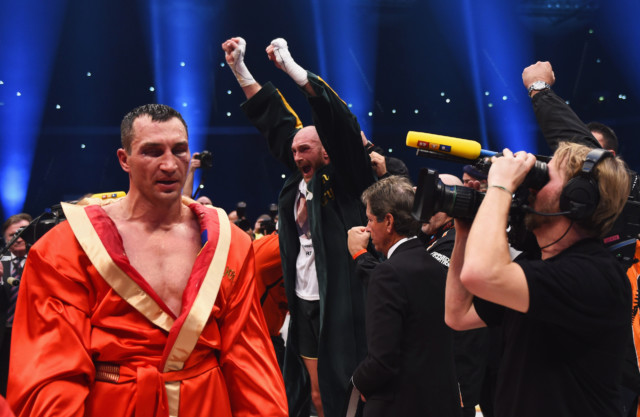 Fury outpointed Klitschko in a famous upset in Germany

The Bronze Bomber was too a sparring partner of Klitschko.

And according to eye-witness Whyte, Wilder was left unconscious after a spar.

He recalled: “I’ve seen him getting knocked out. Wladimir knocked him out.

“He knew what happened. He had his hands up. He was roughing Wlad up, bringing the smoke, and he was going wild.

“Wlad backs up, changes his footwork, feinting, feinting, jabs to the body, throws that feint jab, left hook. Wilder had his hands up, he was gone.

“It wasn’t no knock down, he was knocked cold. Properly twitching as well.” 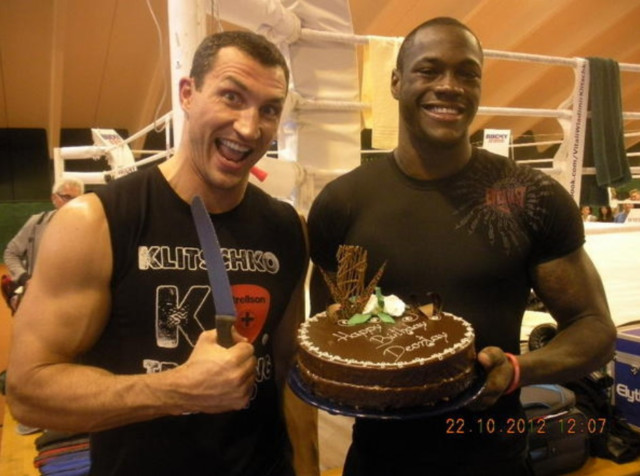 Deontay Wilder was accused of being knocked out by Klitschko

The story had been circling for a few years and in 2017, Wilder was quick to deny the claim.

He said: “I was only in the Klitschko camp one time and I held my own very well with everybody.

“All of a sudden this mysterious untold story of me and Klitschko and he knocked me out. C’mon man. Please, people with b**** tendencies.”

Trainer Johnathon Banks – who took over after Steward’s death – insisted Wilder was not KO’d but did hit the deck.

Banks told ThaBoxingVoice: “Did Deontay Wilder get knocked out cold in sparring by Wladimir? No, that’s the truth it didn’t happen.

“I was in the ring as they were sparring. I didn’t catch that one. 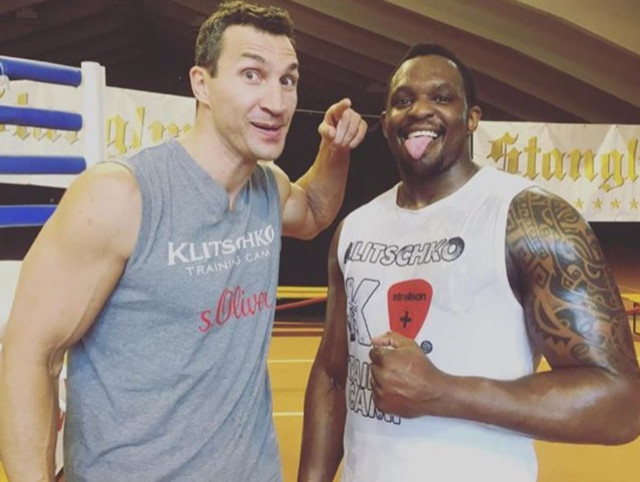 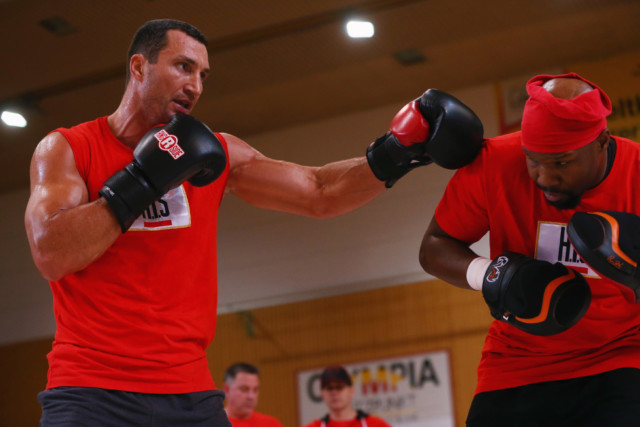 Klitschko was trained Johnathon Banks after Emanuel Steward passed away 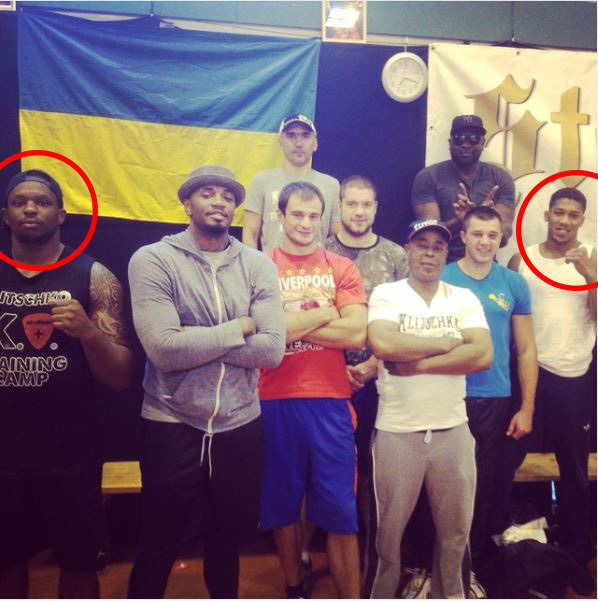 Whyte’s reveal was not the only time he ruffled feathers in the Klitschko camp.

He almost came to blows with Joshua, who he had beaten in the amateurs in 2009, which came six years before AJ won the rematch in the pro ranks.

Whyte explained: “I wanted to punch Joshua up, at first, because he was talking a lot of smack.

“There was genuine annoyance there. Bashir Ali and a couple of guys stopped me getting at him and then it sort of got squashed. It was a bit edgy.”

In the years since Klitschko hung up the gloves, he has hinted at a comeback, but so far seems content in retirement.

He did recently lend his hand to former two-division champion Evander Holyfield, who is preparing his own ring return aged 57, for charity.

And Klitschko has also offered to help countryman Oleksandr Usyk, 33, in sparring to prepare to face 36-year-old Derek Chisora.