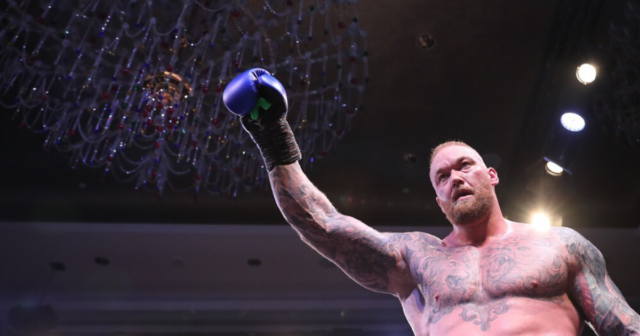 STRONGMAN Hafthor Bjornsson has revealed he would be open to fighting Mike Tyson and Tyson Fury ahead of his exhibition bout with Devon Larratt.

The former Game of Thrones star, 32, is gearing up for his third exhibition bout against arm wrestling world champion Larratt, 46, this weekend.

Bjornsson’s character in Game of Thrones was known as ‘The Mountain’, befitting of his incredible stature standing at 6″9′

Bjornsson – known as Thor – has dropped an incredible 100lbs on his journey to becoming a boxer.

Yet he still weighed in three-and-a-half-stone heavier than his opponent at 23stone, with Larratt clocking in at just 19stone 5lb for the super-heavyweight fight.

The former world’s strongest man was due to fight rival Eddie Hall in an exhibition grudge match, but Hall had to pull out due to injury and was replaced by the Canadian arm wrestler Larratt.

When asked about possible future fights by The Mirror, the Icelandic giant refused to rule out one day taking on boxing icon Mike Tyson.

He said: “I was asked the question if I would fight Mike Tyson and my answer was that I would not say no to that offer.

“This is because of the respect that I have for Mike as a fighter and as an athlete, and I would want to feel his power.

“I would want to step in the ring with him because to be able to tell people that I fought Mike Tyson would be an honour.

“I’m all about experiences, living your life and taking the right opportunities, and if I was offered to fight Mike Tyson then that would be huge for me.”

Tyson’s long-awaited return to the ring came last year when he took on Roy Jones Jr. in an exhibition bout, which ended in a controversial draw.

Bjornsson also expressed an interest in going toe-to-toe with the current WBC heavyweight champion Tyson Fury, saying: “I would never say no to that, it wasn’t like I was calling him out.

“The same thing happened when I was asked if I would fight Tyson Fury and I said the same thing.

“I would definitely fight him if the opportunity came along, because the experience would be so great.

“I would learn so much from fighting either of those guys, so I just couldn’t say no to that.”

The 6″9′ actor from Reykjavik has already fought two exhibition fights this year and drawn both, but is yet to test himself against an elite opponent such as Tyson or Fury.

He first took on Belfast fighter Steven Ward, 31, in January, which ended in a stalemate, before meeting 2010 Commonwealth Games gold medallist Simon Vallily, which ended with the same end result.

The 36-year-old heavyweight dropped Bjornsson in the third round, but he held on to avoid defeat, leaving him unbeaten so far in his short boxing career.

Bjornsson is ambitious, but will have to get past Devon Larratt and former strongman rival Eddie Hall before fighting big name opponents such as Mike Tyson and Tyson Fury becomes more realistic. 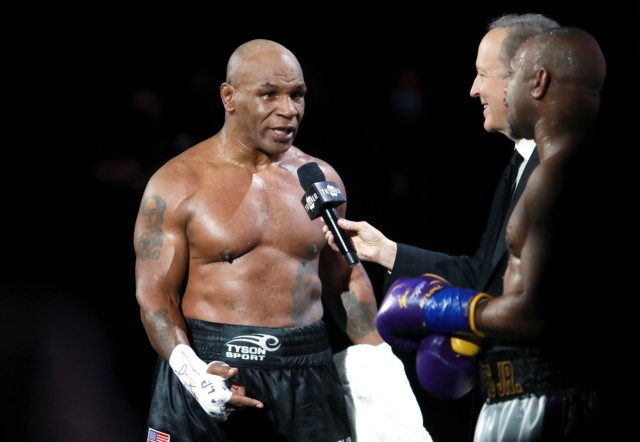 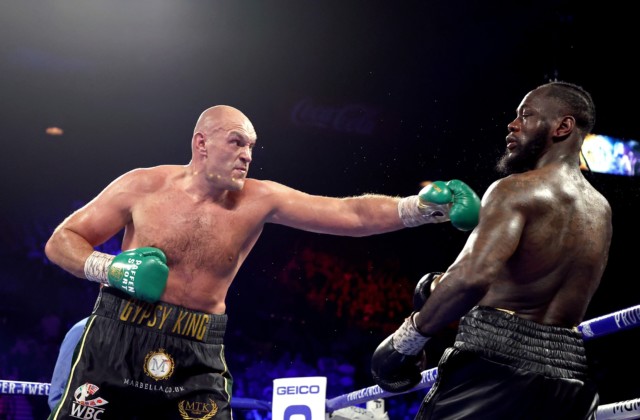 Tyson Fury will take on Deontay Wilder in October to defend his WBC heavyweight title, so a fight with Bjornsson anytime soon seems unlikely