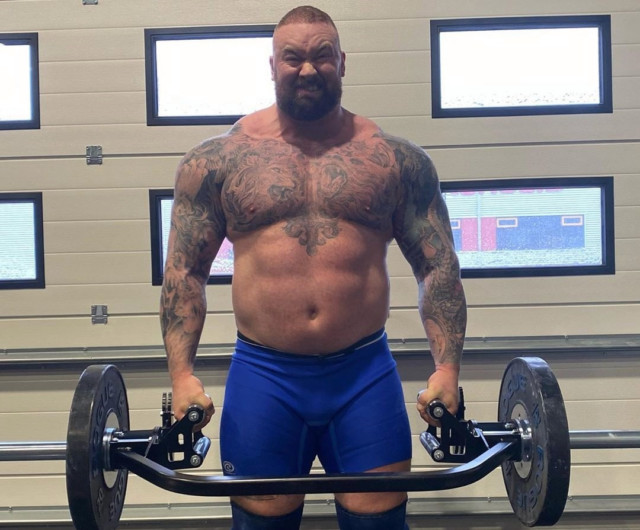 The Icelandic giant, 32, who holds the world record deadlift at 501kg, will take on his British rival in September, with the fight already billed as ‘the heaviest in history’.

But before that, Bjornsson – who also starred in hit TV show Game of Thrones – will clash with former WBO Intercontinental light-heavyweight champion Ward.

That’s still some way off 2018 World’s Strongest Man winner Bjornsson, who weights around double that and stands at 6ft 7in.

But Ward has no worries about taking on the ‘Mountain’ in Dubai on January 15th.

“I’ve never been in the ring with someone this size, so it will be interesting to see how it pans out.

“Initially it was just going to be some sparring and I was going to help him out with that technical aspect, but it’s escalated from there.

The next thing we know I’m doing an exhibition with the former World’s Strongest Man!

“I have seen him in the gym twice and he was hitting the bag and moving well for being such a big guy.

“I didn’t expect him to move as well as he did, but he told me he was a professional basketball player at one point, so that explains why he’s got some good agility.

“Training for this has been different. It’s 3 x 3 minute rounds so it hasn’t been the way it normally would be for a camp.

“But I’ve been able to eat a bit more and enjoy training a bit more, so I’m looking forward to it.”