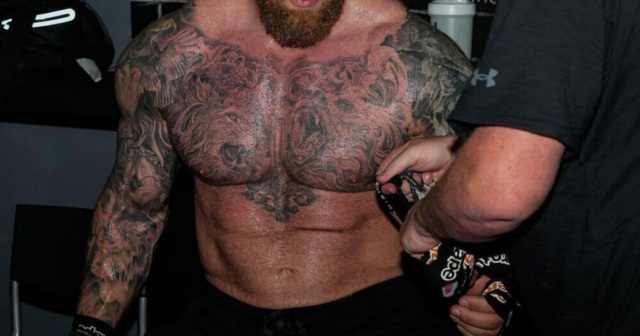 HAFTHOR BJORNSSON has wowed fans with stunning weight loss pictures ahead of the third Boxing bout of his career.

Ten-time Iceland’s Strongest Man winner Bjornsson has lost an incredible 110lbs (eight stone) in the build-up to his bout on September 18. 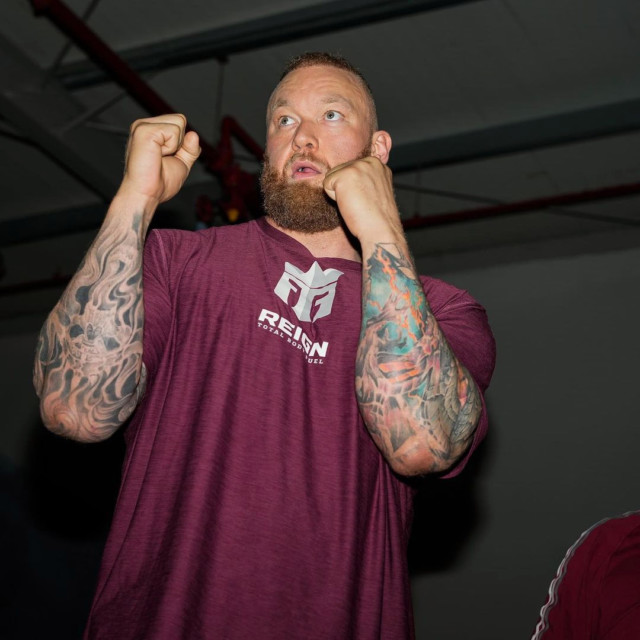 The 32-year-old 6ft 9in man mountain was scheduled to face Briton Eddie Hall in a grudge match in September.

And in preparation for the bout Hafthor Bjornsson has shedded an incredible 110lbs since retiring from his strongman career a year ago.

But Englishman Hall was forced to pull out of the ‘World’s Heaviest Fight’ after suffering a DETACHED BICEP last month.

Bjornsson is still set to fight on September 18 against arm wrestler Devon Larratt in Dubai, and has taken to Instagram to show off his progress.

Larratt, 46, has won 53 of his 61 arm wrestling bouts and is currently the holder of the ‘Legacy Hammer’ – the sport’s most prestigious prize.

And with less than a month to go until his fight, the former Game of Thrones actor Bjornsson posted a picture of him after training.

He captioned the snap: Training done!

Hard work pays off! I constantly keep proving that to myself! Set yourself goals and go after them!

The bout between Bjornsson and Larratt will be available to buy on pay-per-view through CoreSports and will cost fans £7.99.

Bjornsson and Eddie Hall have had a long standing rivalry dating back to their World’s Strongest Man days, with the pair set to reschedule their bout for next year.

And when they do finally face off in 2022 Bjornsson is expecting a swift victory. 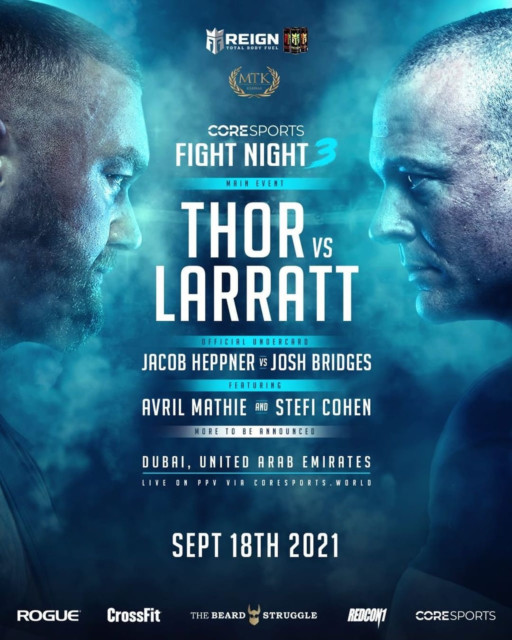 Thor vs Larratt will be broadcast live on the CoreSports streaming platform in the UK.

“I’ll knock him out, probably in the third round, I would say. 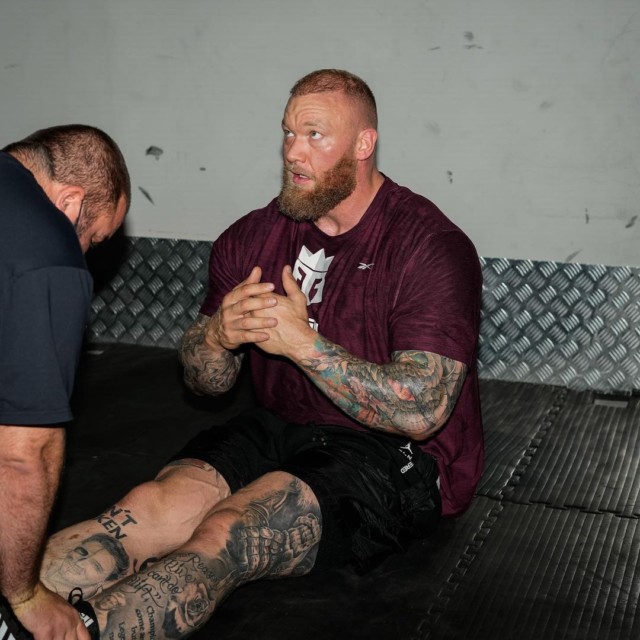 Bjornsson is put through his paces in training
Advertisement. Scroll to continue reading.

Did you miss our previous article…
https://www.sportingexcitement.com/boxing/jake-paul-tommy-fury-and-co-train-in-street-as-boxing-stars-prepare-for-fights-at-star-studded-ppv-this-weekend