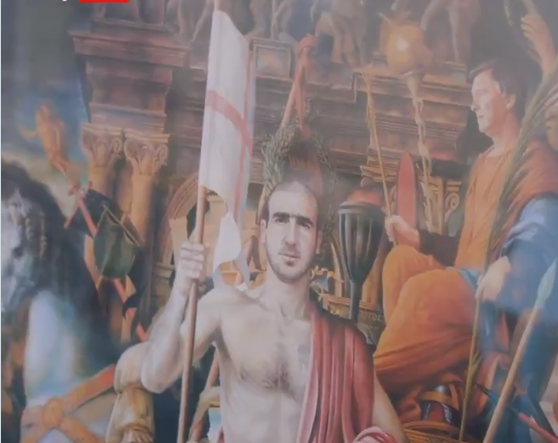 Former United defender Neville conducted an interview with the WBC heavyweight champion on a Morecambe beach for an episode on The Overlap.

The weirdest present yet? @GNev2's present for @Tyson_Fury was interesting to say the least

And at the end of each interview on the series, the Sky Sports pundit hands out a special gift to his guests.

But Fury, 31, received the most eye-opening present yet after Neville gave him his rare painting of Cantona and Co.

The painting – of which only 130 were made – shows the Frenchman draped in a red robe holding an English flag with other United stars in the background.

Boss Fergie is dressed in a monk-like orange tunic while Becks poses alongside Gary’s brother Phil in a knights uniform.

And the painting even includes Neville himself who is looking up at Catona from below.

Neville, 46, said: “Your favourite player at United I believe was Eric Cantona and you can put this up in your house or gym.

“Eric had it down sort of when he was the King of Old Trafford. There are only 130 made and this is the one I got. I am going to give it to you.”

Fury – who fights American Deontay Wilder for a third time on October 9 – jokes: “Thank you!

Neville responds: “No. It is me! I am like a peasant looking up at him, He is almost like the king.” 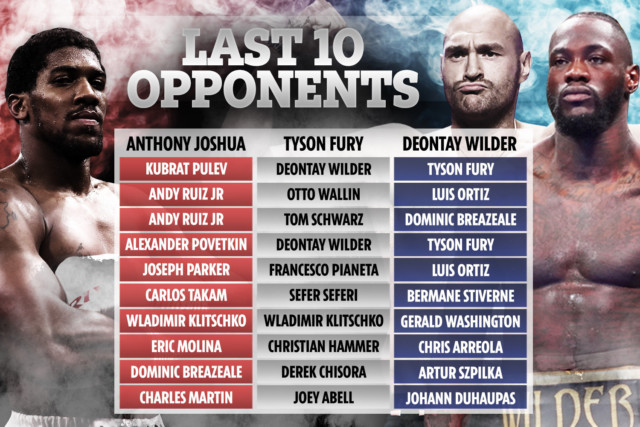 The 6ft9 champ told Neville during the interview last week that his bout with Anthony Joshua flopped because he faced a £58 million lawsuit from Deontay Wilder over a rematch.

And as a result, Joshua, 31, will now face a challenging mandatory title defence against Oleksandr Usyk this Saturday at the Tottenham Hotspur Stadium.