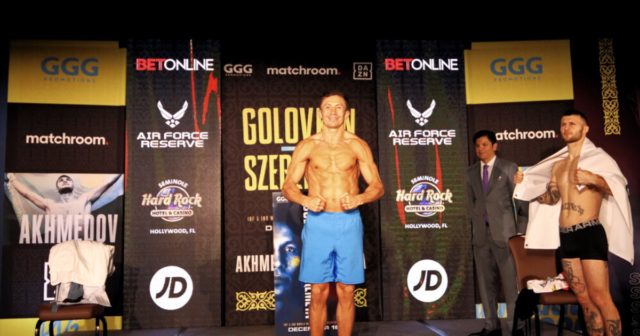 But his return fight against Ryota Murata, set for December 29 in Saitama, now looks to be rescheduled after Japan shut their international borders.

Confirming the news, Golovkin said: “I am deeply disappointed that this fight has been postponed.

“But the health and safety of the public must always be the priority. I look forward to returning to the ring against Ryota as soon as possible.”

The decision was made amid the the global spread of the new Omicron variant of Covid-19.

And after another gruelling training camp at altitude in Big Bear California, the 39-year-old seems far from finished in a sport he has dominated for so long.

Golovkin, who turns 40 in April, said: “I’ll be looking closely at myself.

“I’m extremely fit right now, I feel great and of course all my career decisions will be based on how I feel. Currently, I feel great.”

GGG made his American debut in 2012 and stopped Pole Grzegorz Proksa, now 37, in five rounds.

It sparked a run of 12 knockouts in 13 fights before being taken the distance by Danny Jacobs, 34, winning on points.

Then came a two-fight series against his great rival Canelo Alvarez, 31, which was marred in controversy.

GGG was unfortunate to walk away with only a draw in their 2017 original before losing the razor thin rematch a year later. 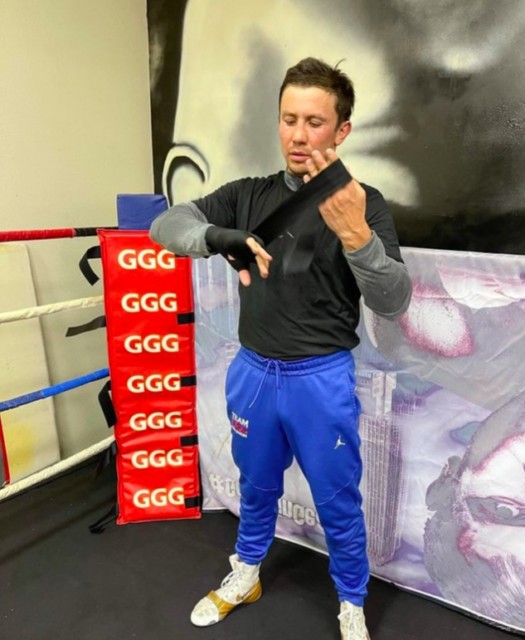 GGG wrapping his hands before training 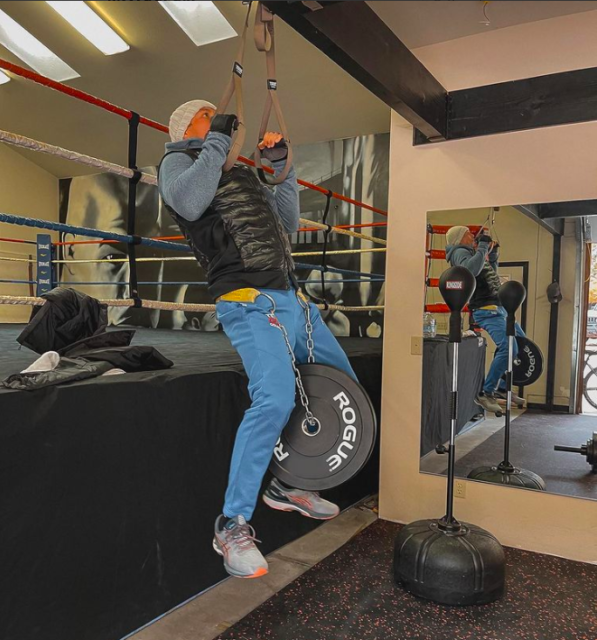 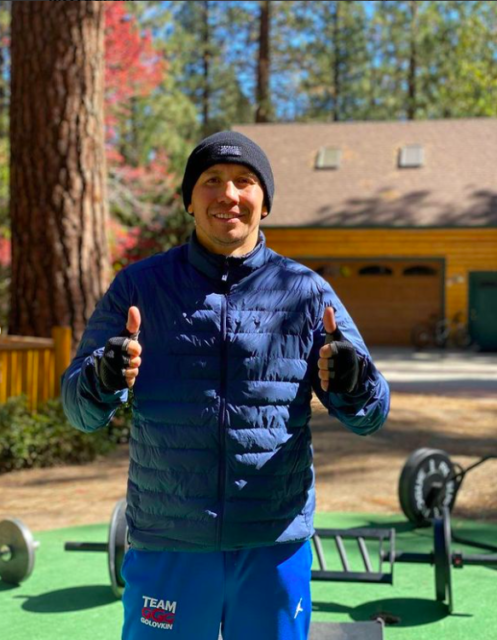 The middleweight legend is all smiles in training

Since then, the Kazakh danger man has fought three times and reclaimed the middleweight throne.

But despite reigning a two-time champ, with 36 KOs in his 41 wins, the boxing superstar still wants more with his unification against Murata, 35, only on ice.

Golovkin said: “All my decisions will be regarded as the right decision by me, whether I want to continue and take part in a fight.

“I am comfortable right now with how my career is progressing and what’s happening and I’m sure whatever I do, will be right for me.”

Golovkin had endured yet another brutal camp in the Big Bear Lake, before moving over to Florida. 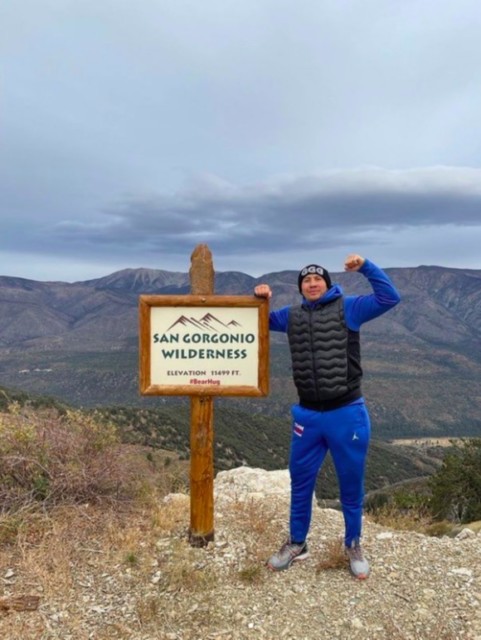 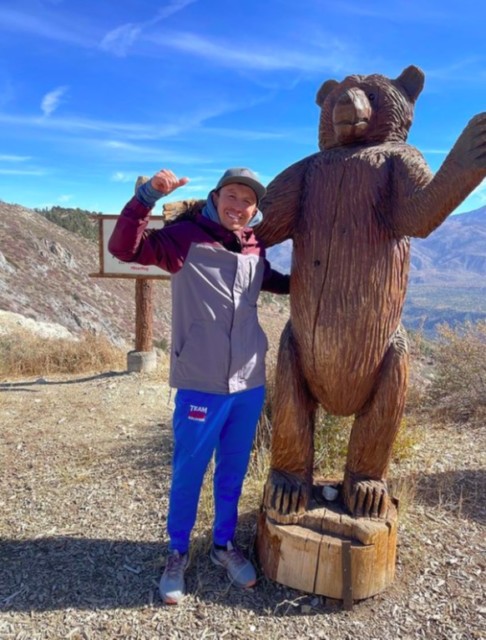 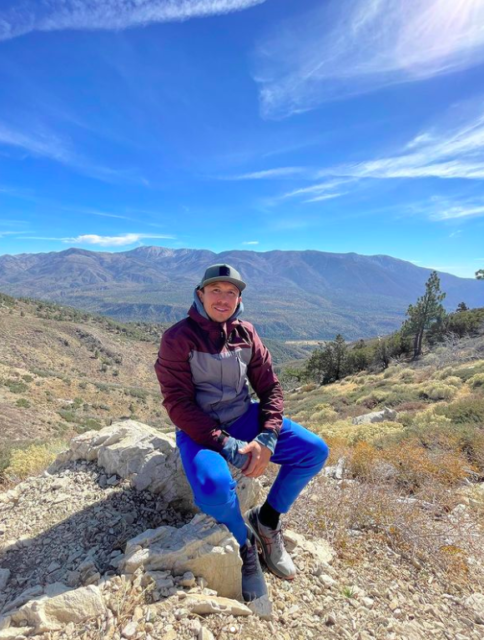 GGG moved his camp to Florida after Big Bear

The excruciating mountain runs, heavy lifting in the winter cold and several rounds of sparring were almost all complete until the recent postponement.

It means, depending on the new date, Triple-G could have to do it all over again.

But that would suit the feared father-of-two just fine, as he admitted to enjoying the peace and quiet of training camp.

Golovkin admitted: “It’s just a way for me to get away from my family and concentrate on the training process, as I have a large family at home.

“It’s somewhat distracting, to be honest! Of course there are certain details and nuances, we approach each opponent a little bit differently.

“Although there is a foundation of training which is always a part of the camp.” 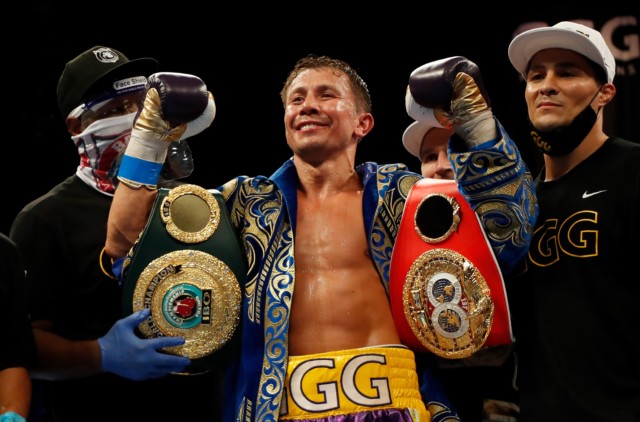 Gennady Golovkin with his IBF middleweight title
In this article:gennadygolovkin, internationalborders, thenews