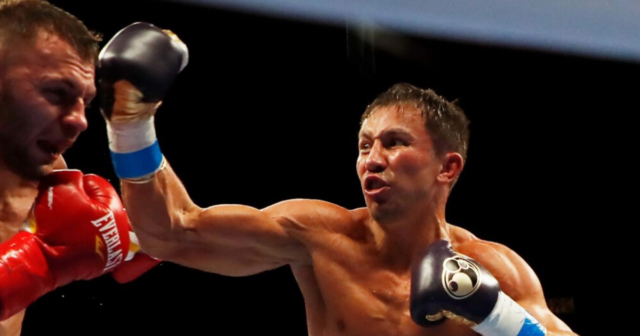 GENNADY GOLOVKIN’S upcoming fight with Ryota Murata has been postponed after Japan closed its borders due to the Covid-19 Omicron variant.

The 39-year-old will now have to wait a little longer for his crack at becoming a two-time unified champion after the middleweight title clash on December 29 was scrapped.

Triple G confirmed the news on Twitter, writing: “I am deeply disappointed that fight in Japan has been postponed but the health and safety of the public must always be the priority. I look forward to returning to the ring against Ryota as soon as possible.”

New Covid restrictions have been put in place that prohibit foreigners from visiting Japan.

That new ruling was put in place on Monday in order to try and stop the spread of the novel Omicron variant.

Fight officials had been hoping that they could get an exception for Golovkin from the Japanese government, but that request has been denied.

The Kazakhstan superstar has been preparing for the bout in Hollywood, Florida, but now the fight is set to be rescheduled for 2022.

Golovkin, who turns 40 in April, has held the IBF and IBO titles since October 2019 when he beat Sergiy Derevyanchenko but has competed just once in the ring since.

The showdown with WBA champ Murata provided a chance for GGG to get his hands on another belt.

Murata, 35, last fought in December 2019 and said recently: “I feel that my entire amateur and professional boxing career has been a preparation for this fight against Gennadiy Golovkin.

“This fight will determine my place in the middleweight division and boxing history.

“Gennadiy Golovkin has long been the standard-bearer of the middleweight division. To me, he is still undefeated. I have the highest respect for him.”