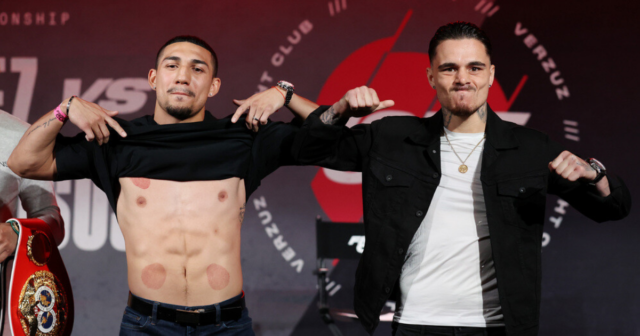 GEORGE KAMBOSOS JR is ready to steal a fight with Devin Haney from Teofimo Lopez – and wants to take it to a 90,000-seater stadium.

But the American champion has already verbally and publicly agreed to next year fight long-time rival Haney, who faces JoJo Diaz on December 5.

Kambosos, though, has other ideas, and vowed to dethrone Lopez and then unify the belts in an undisputed clash with Haney.

And he reckons Eddie Hearn, who has promoted five Anthony Joshua, 32, sell out stadium fights in the UK, is just the man put it together.

Kambosos, 28, told SunSport: “Me and Haney have been talking as well.

“We’ve been chatting, we have that mutual respect for each other and I’m in his corner to win his fight, I’m hoping he wins his fight.

“And he’s in my corner to win my fight, and you know what? We’re going to handle business and get it on.

“Whatever agreement the world thinks him and Lopez has, it’s not true. What makes more sense?

“And I know Eddie loves them big stadium fights, so it makes perfect sense.”

Lopez, 24, shot to stardom after shocking Vasiliy Lomachenko, 33, in October 2020 but was then ordered to defend his title against Kambosos.

They were initially set to meet on June 16, but Lopez withdrew after testing positive for coronavirus. 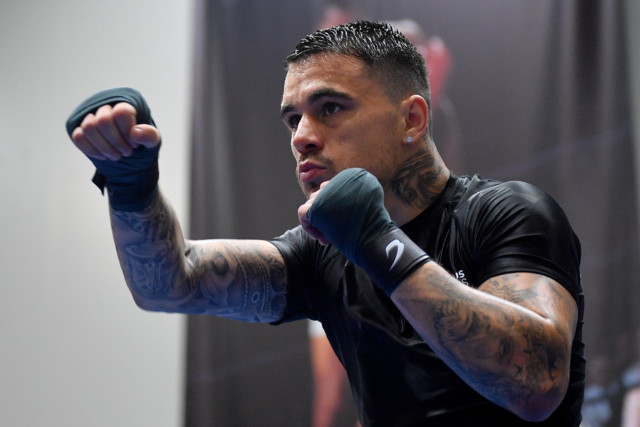 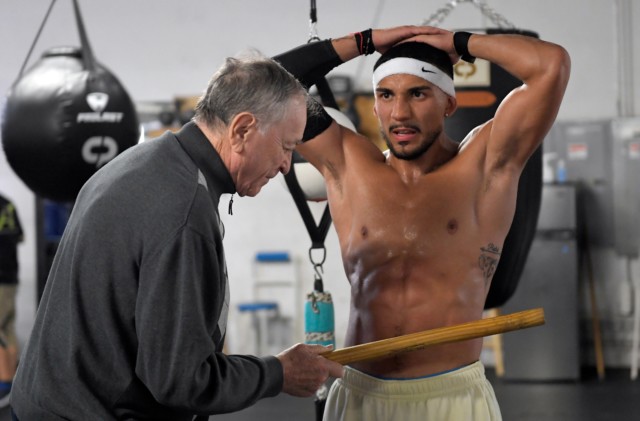 After several delays, social media platform Triller, who paid £4.5million to stage the fight, eventually pulled out of hosting it.

Hearn’s Matchroom Boxing were the second highest bidders and took on the rights, but the drawn out delays have caused huge friction between the boxers.

So much so that Kambosos and Lopez’s dad clashed at a media workout just days before the first bell sounds to finally settle the score.

But the travelling challenger has shown no sign of frustration, and claimed he will rule over Lopez and fellow stars Haney, 23, Gervonta Davis, 27 and Ryan Garcia,23.

Kambosos said: “I’m just focussed, I’m not worried about any of that. I know that when I win all the belts, I’ll stand on top.

“I’ll be the emperor, they say the ‘four kings’ – the emperor outweighs everything, he’s the guy that’s gone to different nations and that’s what I’ve been doing.

“I’ve been in the US, I beat their guys, I went to the UK and beat their top guy, I’ve gone all overseas and now I’m here to beat the top guy in the US.”

“For me, this is just business. I know there’s obviously been a lot of bad blood, he’s angry, which is great.

“I’m just super focussed, cool, calm and collected. Whatever anger he wants to bring to the fight, beautiful, bring it.