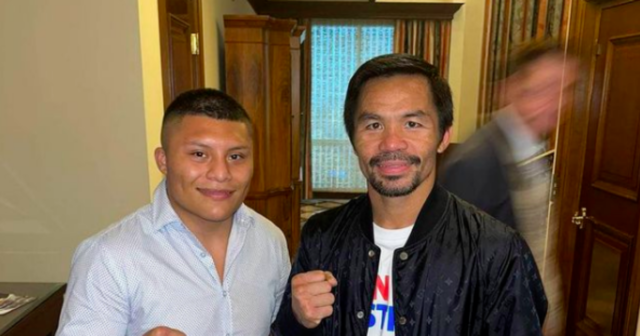 Cruz steps in on five weeks notice over the weekend to challenge for Davis’ secondary WBA ‘Regular’ title.

It comes six years after his promoter Pacquiao was bitterly beaten by Mayweather over 12 rounds in the most lucrative fight of all time.

The Filipino icon tirelessly pursued a rematch with his American long-time rival, but was constantly knocked back.

Now, with the boxing legends both retired, they are nurturing the next generation of rising stars.

And Cruz has set his sights on inflicting payback for PacMan by handing Davis a shock first career defeat.

He told SunSport: “You can say it’s a war of the prodigies, between the two pupils.

Davis, 27, signed for Mayweather, 44, in 2015, just two years after making his professional debut.

Since then, he has won belts in three divisions, winning 24 of his 25 unbeaten fights by knockout, owning a 96 per cent stoppage ratio.

He is heralded as one of the most exciting fighters in the world and unsurprisingly compared to his mentor, despite their differing styles.

Mexican Cruz, 23, on the other hand is a wildcard opponent, chosen to replace Rolando Romero, 26, who was pulled from the event amid sexual assault allegations.

The lightweight contender is 22–1–1 and nicknamed ‘The Pitbull’ due to his relentless and tenacious fighting style.

But he is a soft spoken outsider who started boxing at the age of seven, following in the footsteps of his father and grandfather.

And, like Pacquiao, Cruz turned pro at just 16-year’s-old to fight his way to a better life. 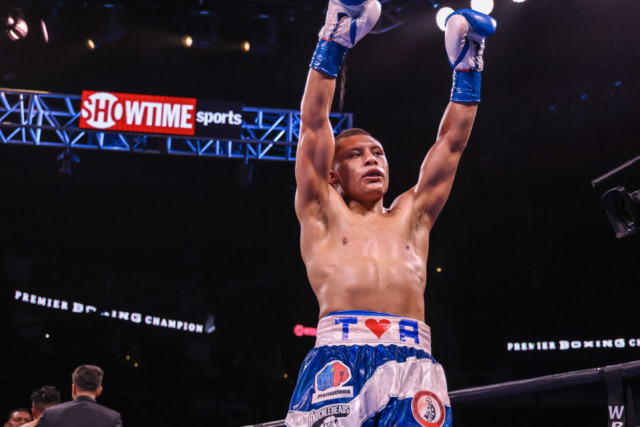 Isaac Cruz is nicknamed ‘The Pitbull’ 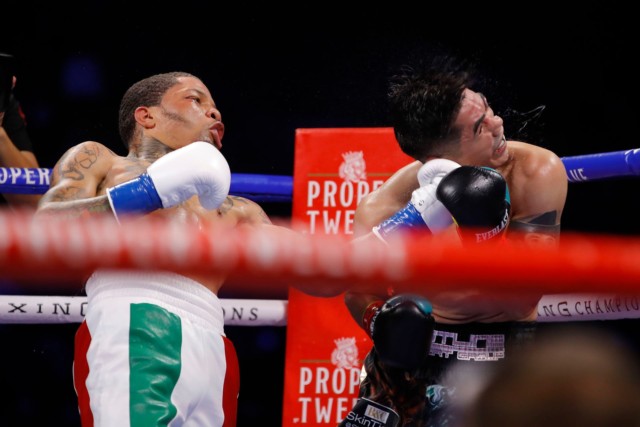 PacMan in 2001 became an overnight sensation when he travelled to Las Vegas as an unknown former flyweight champ.

But after he knocked out South African Lehlohonolo Ledwaba on short notice, everyone knew the name Manny Pacquiao.

In a repeat scenario, having taken the opportunity of a lifetime to fight Davis, sub Cruz is hoping to put in place the lessons he has learned from Pacquiao.

He said: “The main thing I took away from being under Manny Pacquiao’s wing, is the fact that work ethic is everything.

“With work ethic and desire, and the will to win, everything is possible.”

Did you miss our previous article…
https://www.sportingexcitement.com/boxing/its-embarrassing-bizarre-tyson-fury-sculpture-made-out-of-drain-pipes-is-slammed-by-morecambe-locals

Advertisement. Scroll to continue reading.
In this article:gervontadavis, isaaccruz, theweekend