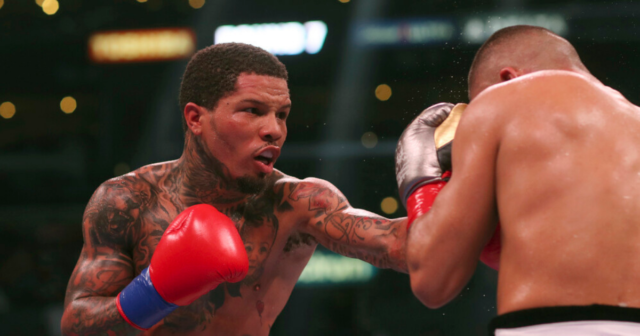 GERVONTA DAVIS has vacated his WBA super-lightweight title to set up a potential fight with George Kambosos Jr.

The 27-year-old’s decision leaves Josh Taylor as the undisputed champion.

Michael Benson of talkSPORT confirmed on Twitter: “Gervonta Davis has vacated his WBA ‘regular’ belt at super-lightweight, leaving undisputed champion Josh Taylor with the only WBA title in the division.

“Gervonta has opted to keep his WBA ‘regular’ belt at lightweight, meaning a fight vs George Kambosos Jr could soon be ordered.”

The Aussie picked up the shock win by split decision.

If Davis and Kambosos Jr collide, one of their perfect records could potentially come to an end.

Davis – dubbed the most exciting fighter since Mike Tyson – would most likely be the favourite to win the bout.

Leonard Ellerbe, CEO of Mayweather Promotions, told SunSport: “There’s a number of great fighters out there with the ability to create nothing but excitement for the fans.

“You can’t just place it on one particular fighter.

“There’s not just one fighter that just stands out that I can recall in recent times, except Mike Tyson. We all know Mike Tyson was.

“The most important thing is that in Tank’s short career, he’s had the ability to attract fans to want to come out and support his events.

“Whether that be coming to his live events or they watch at home. Again, he’s the most exciting fighter in the entire sport.

“People have gravitated towards him and when you look at this younger generation of fans out there, they talk about one fighter and one fighter only, and that’s Tank Davis.

“Gervonta Davis has put himself in a position where he’s must-see TV, and you know why? Because he gives the fans exactly what they want to see.”

Did you miss our previous article…
https://www.sportingexcitement.com/boxing/it-could-lead-to-a-cardiac-arrest-tommy-furys-doctor-says-boxer-risked-death-if-he-fought-jake-paul-with-broken-rib