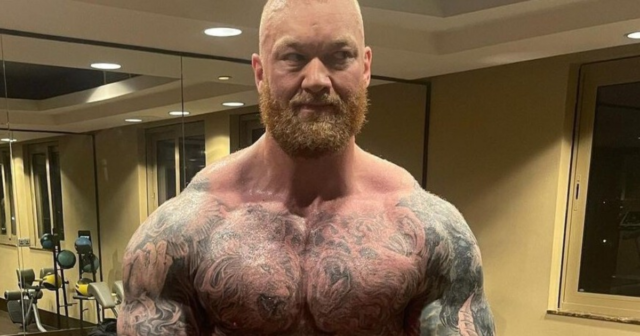 HAFTHOR BJORNSSON has lost an incredible NINE stone ahead of Saturday’s fight with Devon Larratt.

Speaking to Muscle and Health, ‘The Mountain’ revealed he’s in peak condition for his third boxing bout.

Thor, 32, was supposed to take on strongman rival Eddie Hall this weekend before ‘The Beast’ suffered an injury.

And 6ft 9in Bjornsson, who holds the world-record deadlift at 501kg, will instead fight world No1 arm wrestler Larratt after shedding the pounds.

The Game of Thrones star weighed a mind-boggling 32 stone when he won World’s Strongest Man in 2018.

But the Icelandic giant, who admits he would love to fight Tyson Fury next, is now loose and limber at a trim 23 stone.

Bjornsson told Muscle and Health: “I don’t really weigh myself, but the last time I did, I was 149kg.

“I’m not getting heavier, that’s a fact. i don’t really have a plan for the fight weight. 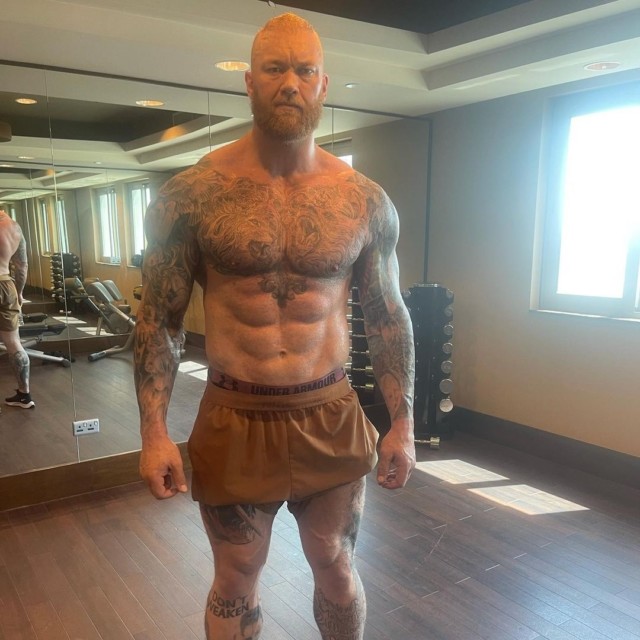 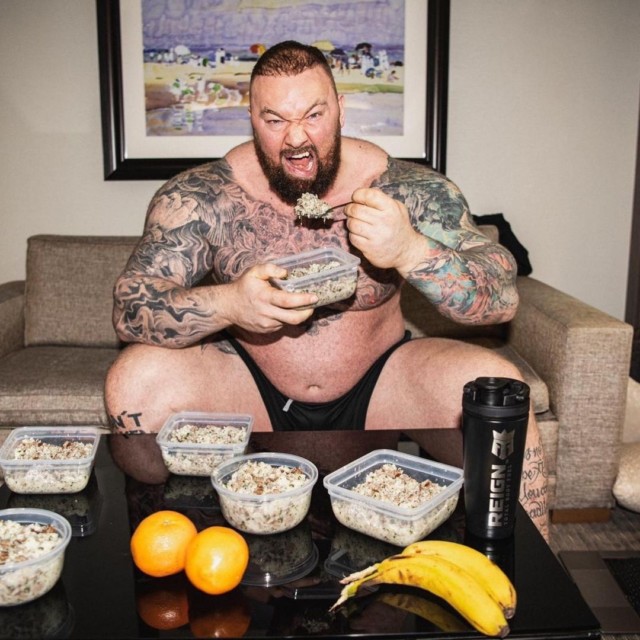 Bjornsson used to eat 10,000 calories each day but has now cut back

“I just want to be in good shape, feel good and obviously be able to last the full six rounds.

“When I was competing in World’s Strongest Man, I was eating six to seven meals a day and hitting around 10,000 calories.

“I felt okay, but because of my bodyweight I never really felt great. No one feels great at 205kg.

“It doesn’t matter if you’re strong or whatever, just being that heavy takes a lot of energy out of you.

“Of course, having transitioned to boxing, my diet has changed a lot. I’m eating a lot less, very clean.” 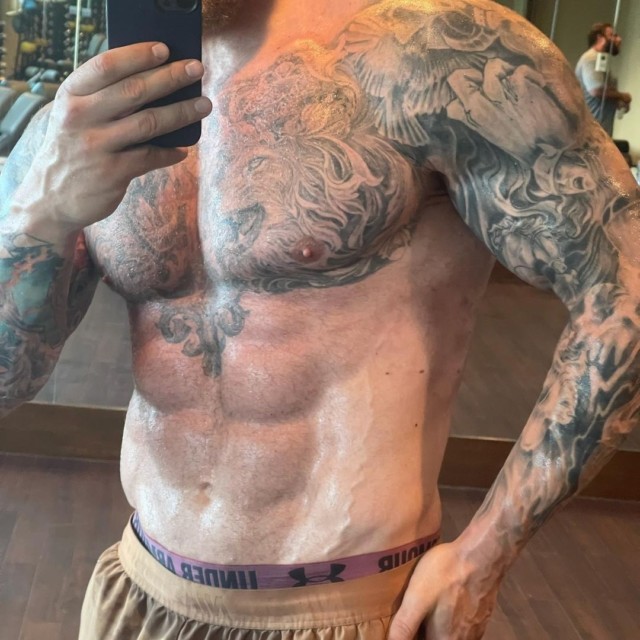 Bjornsson admits he is feeling much better at a lighter weight 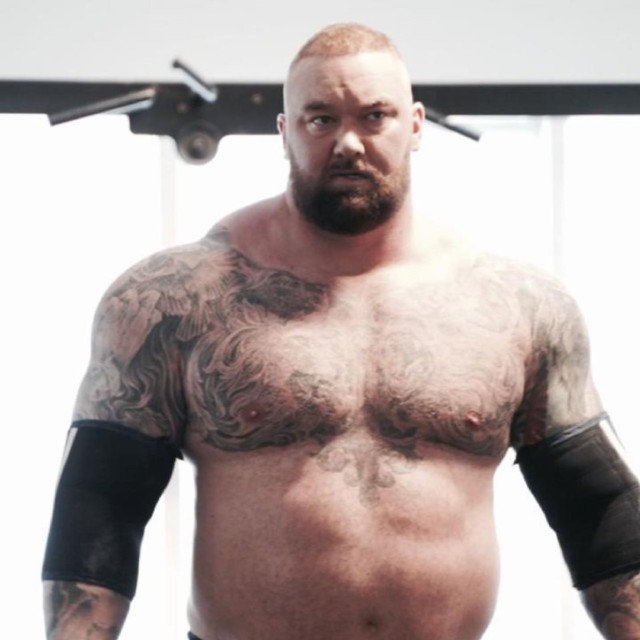 Meanwhile, Bjornsson and Hall hope to finally face each other in March 2022.

Hall, 33, has also lost weight for the event, shedding an impressive six stone.

And the Brit is confident of taking Bjornsson down in the third round, claiming Thor should expect a ‘broken jaw’.