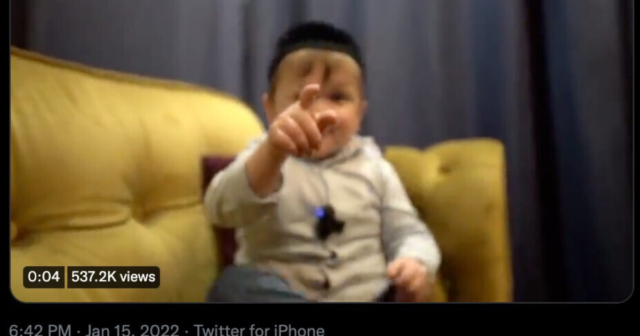 LOGAN PAUL has trolled social media sensation Hasbulla after being called out by the Russian.

Hasbulla, who shot to fame last year following a string of hilarious viral clips, jokingly challenged the YouTuber to a fight on Twitter last weekend. 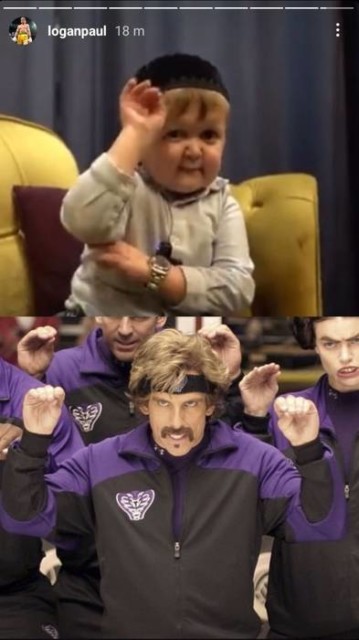 Via his official cryptocurrency Twitter account, he said: “Hey @LoganPaul, I challenge you a fight for your NFT.”

It didn’t take long for Paul to get wind of the call-out, which he responded to on Instagram.

He posted a screengrab of the video to his story with the accompanying caption: “Called out by the king himself @hasbulla.”

Paul then mocked the social media star by posting another snap of his call-out video above a picture of Dodgeball character White Goodman, who was played by Hollywood A-lister Ben Stiller.

Hasbulla, 18, has yet to respond to Paul’s dig at him.

Dagestan’s Hasbulla has become a cult star in the mixed martial arts world and was even present at UFC 267 last October.

UFC supremo Dana White even hinted the teenager could one day compete inside the octagon.

But Hasbulla himself has ruled out the possibility of ever setting foot inside the cage.

Last month, he said: “We didn’t discuss it and Dana White didn’t offer it.” 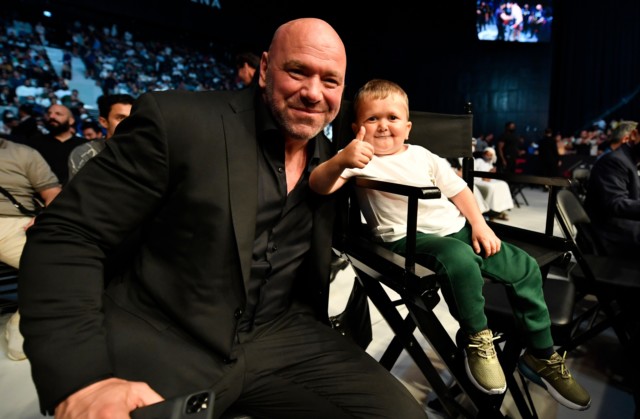 Hasbulla has become an international sensation

“[Dana White] didn’t say anything about the UFC and fights.

“Yes, some people want to organise it, but they won’t be able to.

“Because it will be expensive and not too many people will be able to (pay for it). Plus, I don’t want it at the moment.”

In this article:afterbeing, loganpaul, socialmedia