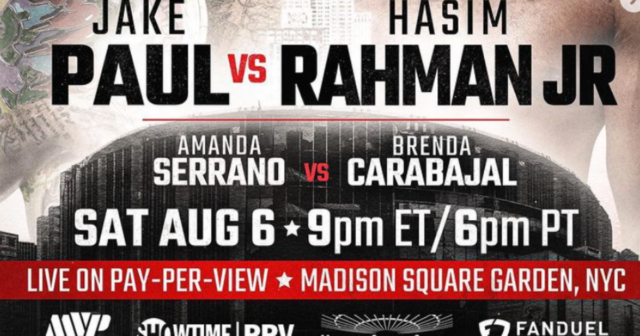 Rahman Jr – the son of former heavyweight champ Hasim Sr – has been brought in as a late replacement to face the YouTuber turned boxer next month. 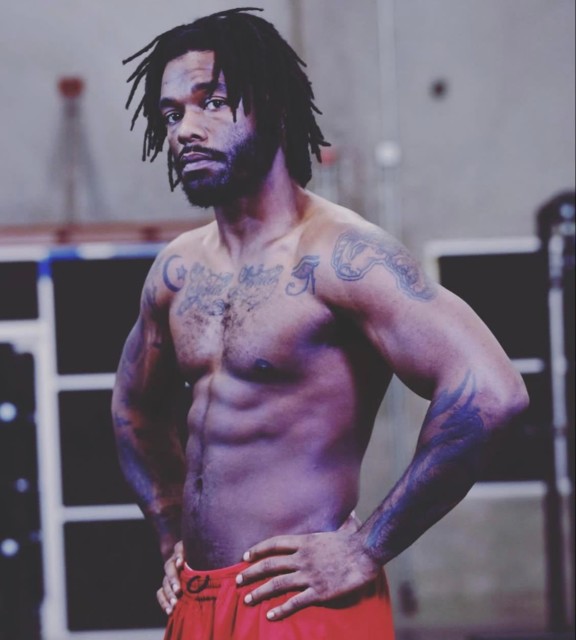 But Rahman Jr insists he went lightly on the YouTuber

The pair know one another very well having sparred 18 months ago, a training session Rahman Jr insists he didn’t give his all for.

He said: “Jake Paul and I sparred two years ago and let’s just say I took it easy on the kid.

“August 6 is not a sparring session.”

Paul, 25, released a snippet of the aftermath of their spar last week which showed an irate Rahman Jr being prevented from getting his hands on the Youtuber.

The fallout from that spar still very much irks Rahman Jr, who is hellbent on making Paul pay.

The 31-year-old cruiserweight said: “I am going to separate him from God’s conscience.

“My name is Hasim Rahman Jr., and I am going to knock out Jake Paul. Period.”

Paul has openly admitted to Rahman Jr giving one of the toughest spars of his brief career and is hellbent on silencing the seasoned pro once and for all.

He said: “I’ve wanted this fight ever since Hasim ran his big mouth to me 2 years ago in the gym.

“My brother and manager didn’t want me to take this fight.

“They said it was too much risk. The New York State Athletic Commission didn’t want to approve this fight because they said Hasim had too much experience for me.

“But ‘he’s a heavyweight’ they said. It don’t matter to me, I’m the fighting flea, they can’t hit me.

“I’m slippery like butter and with speed like no other. My power is unique and my style is sleek. I’ve made the toughest men weak.

“I’m not afraid of any man or what ‘can’ happen. No boxer has taken this big of a risk this early in their career.

Advertisement. Scroll to continue reading.
In this article:hasimrahmanjr, jakepaul, sr