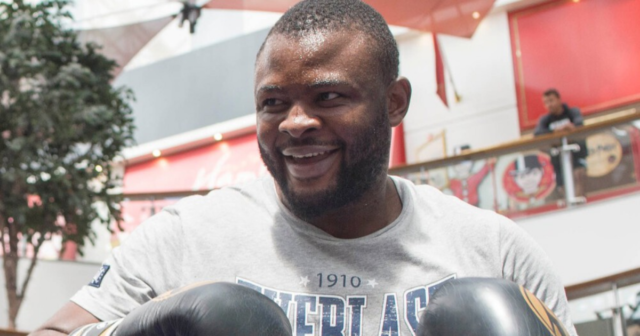 TYSON FURY has drafted in Anthony Joshua’s sparring partner Martin Bakole ahead of his fight with Dillian Whyte.

The Gypsy King will defend his WBC crown against Whyte at Wembley on April 23 in an all-British heavyweight bout.

And Fury is already making preparations ahead of an eight-week training camp in Morecambe.

The ace will draft in several big names to help him get ready for Whyte.

Jarod Anderson and David Adeleye are both set for sparring sessions with Fury.

But interestingly, he will also turn to Bakole, who is good friends with fierce rival Joshua.

He is currently looking to win back his belts from Oleksandr Usyk, putting a unifier against Fury on hold.

And the Gypsy King insists AJ will receive a report from Bakole after the training camp ‘telling him how good I am’.

Fury declared: “I will bring in Jarod Anderson from the US, one of their best heavyweights.

“I will use one of Frank’s young heavyweights David Adeleye and Martin Bakole.

“He’s AJ’s mate, they have done a lot of sparring rounds together so he can go back and tell AJ just how good I am.

“Bakole has even done interviews where he has said he has sparred us all.

“And I’m the only one he cannot land a glove on.”