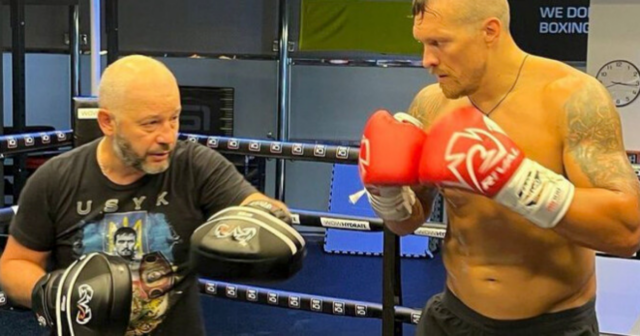 OLEKSANDR USYK has put on almost TWO STONE for his rematch with Anthony Joshua, according to Amir Khan.

The Ukrainian outclassed AJ over 12 rounds last September after weighing in at 15st 11lb.

But in recent training material, ahead of their second fight on August 20 in Saudi Arabia, Usyk appears to have bulked up.

The pound-for-pound star has situated himself in Dubai ahead of the title fight just 800 miles away.

And there, he bumped into British former world champion Khan, who has now opened up on what they spoke about.

Khan told Seconds Out: “He looks a lot bigger, I mean he was telling me that he’s put on an extra 15 kilos since he last fought AJ.

“So, we’re going to see how much strength he’s going to be having.

“He looks like a full-on natural heavyweight. He is big and looks very strong.”

“He was strong at the weight, when he was hitting the pads and stuff and you can see the definition on his body.

“He’s very thick and you can see it’s solid muscle that he’s got.” 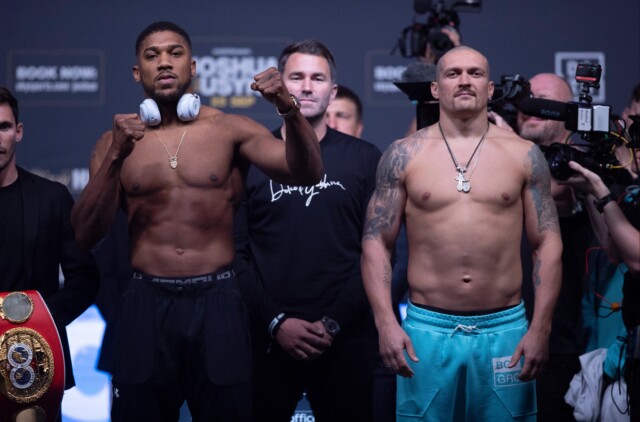 Anthony Joshua and Oleksandr Usyk before their fight